Understanding Allah Through His names and attributes 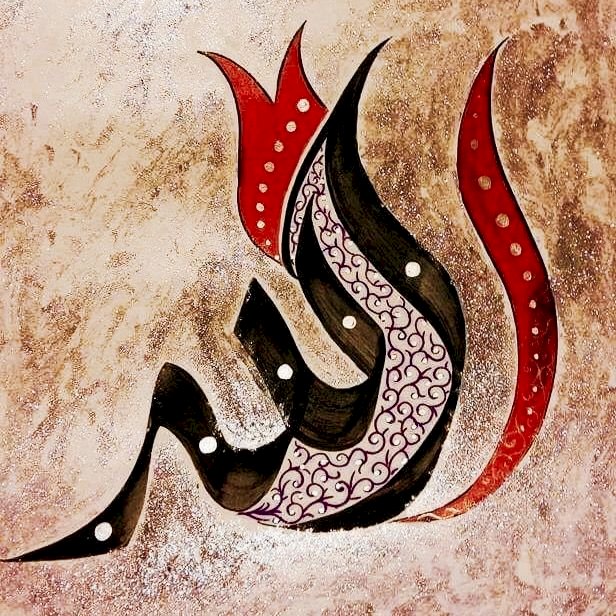 There can’t be a more important topic to be considered in Islam than the study of Allah. As Ibn al- Qayyim says, it is the noblest of all sciences. The nobility of any science stems from the virtue of its subject. For a believer, the subject of Allah is worthier than anything. To know and identify one's creator is, therefore, more important and urgent than everything else.

However, knowing Allah doesn't just mean believing in His existence. According to Islamic set of beliefs, it won’t be enough if one just believes in the presence of Allah, the Supreme Power. To be a true believer, one should have a perfect understanding of the nature of Allah’s divine presence.

How can one understand the nature of Allah who is unseen, impalpable and indefinable? Answering the question on how and where can one find God, Ibn ‘Arabi says, “the Divine Presence is that ‘location’ where Allah is to be found, or where we can affirm that what we find is He. It includes the essence (dhāt) of Allah which is God in Himself without regard to His creature; the attributes (Ṣifāt) of Allah, also called His names (asmā’), which is the relationship that can be discerned between the Essence and everything other than He; and the acts (af ‘al), which are all the creatures in the cosmos along with everything that appears from them.”[1]

The study of Allah’s names and attributes, therefore, is a matter of utmost importance in Islam. Commenting on how one can start his journey to know Allah, Ibn al-Qayyim says: ‘Knowing and believing in the attributes of Allah, proving their truths, and being attached to them with one’s heart is the beginning, middle and end of the road to Allah.’[2]

The names and attributes of Allah, no wonder, occupy an important position in Islamic religious texts. The divine names appear again and again on almost every page of the Qur'an. Allah has been mentioned as Al-Rahim, The All-Merciful, in the Holy Qur’an roughly 227 times, Al-Rahman, The All-Compassionate, 170 times, and Al-Ghafur, The Forgiver, 91 times.

In several places in the Holy Quran, we have been urged to learn the names of Allah. Many Qur’anic verses end up with a call to know the different attributes of Allah.  Researches show that there are about thirty such verses in the Holy Qur'an. Some of these verses are: 'Know that God is Mighty and Wise' ﴾Al-Baqarah: 209), ‘Know that Allah is Rich and Praised’ ﴾Al-Baqarah: 267), ‘Know that God is All-Hearing, All-Knowing’ ﴾Al-Baqarah: 244), 'Allah it is He Who created seven heavens, and, like them, the earth. His commandment descends among them. (All these are being stated so that you know) that Allah has power over everything, and that Allah encompasses all things in His knowledge. (Al Ṭalāq: 12)

The teachings of Prophet Muhammad (S) also reiterate the importance of learning Allah’s names. In a Hadith reported by Imam Muslim prophet (S) says, “Allah has 99 names; whoever enumerates them will enter Paradise.” (Sahih Muslim, 2677).

It is to be noted that the repeatedly used word ‘know’ (Waʿlamū) in the Holy Quran and the word 'enumerate' (Aḥṣā) used in Hadith suggest something more than simply memorizing these names. They imply an in-depth study of the meanings of these names so that they create a meaningful impact on a believer’s heart, enabling him to connect to his Creator on a deeper ground.

As Jeffrey Lang pointed out, these Divine Names are a means of reaching out to Allah. "The Divine Names are, for Muslims, a means of turning towards God's infinite radiance. Through their recollection, believers attempt to unveil and reorient their souls towards the ultimate source of all. Knowledge of them is essential if one is to comprehend the relationship between God and man." [3]

To get a perfect understanding of Allah, it is not enough that we take in Allah's essence and attributes; we should also contemplate how He is manifested in His creations. The cosmos and its entire creatures being a reflection of Allah's action (af ʿāl), a closer look in the universe and its entire creations will take us closer to Allah.

As William Chittick says, it won’t be possible to grasp how Allah interrelates with this universe unless we have a good understanding of the Universe itself. Chittick writes: 'the names do not become intelligent unless the relationship becomes intelligible, and the relationship does not become intelligible unless the loci of manifestation (al-maẓāhir) known as the cosmos become intelligible.….. that which is denoted by the name of 'Allah' demands the cosmos and everything within it. So, this name is like the name 'the king' or 'the sovereign'. Hence it is the name of the level, not the essence.'[4]

As such, to gain a deeper understanding of the meanings of the divine names and attributes, one should also initiate a scientific study of the origin, evolution, and eventual fate of the universe.

It is from this viewpoint that this section on ‘Allah’ has chosen Allah’s Most Beautiful Names (Asmā’ al-Ḥusnā) to be the focus of this topic. In an attempt to gain a better understanding of the Creator, this section will explore the various meanings and implications of the different names of Allah. Articles under this category will also examine the logic and rationale of the concept of a Supreme Power as the creator and sustainer of the universe. We will also look into the fallacy of various arguments put forward by atheists and agnostics to disprove the existence of God.

Hope these discussions will help get a deeper insight into the nature of what Allah is like, thus reaffirming a believer’s conviction and inspiring those who are non-believers or skeptics to reconsider their misconceptions.

(Abdul Raoof Hudawi is Lecturer and senior tutor at Shaqra University, Riyadh, KSA. Graduated from Darul Huda Islamic University in the year 2000, he earned his Masters in English language and Literature from Indhira Gandhi National Open University, New Delhi. An educationist, trainer and public speaker, he has worked with several educational institutions both in India and abroad. Being a researcher in the field of Theology and Metaphysics, he has written on various socio-religious issues in periodicals and journals.)