Prophethood and Religious Experience, not Cosmological Evidence, as the Bases of Belief in Allah 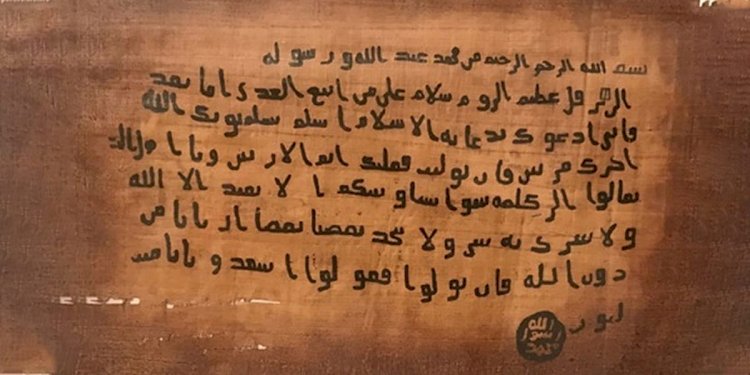 The questions that, how the universe originated, where it leads to, and how is it maintained, have always been topics of interest. Not only religions but also Philosophy, Science and Metaphysics have tried to address these questions.

While the evolutionists and atheists think that the universe is not a work of creation, but rather a result of evolution out of random chances and circumstances, theists and creationists hold the view that it was carefully designed at the will of a Supreme Supernatural Power who not only created the world but also is responsible for controlling and maintaining everything in it. Throughout recorded history, this has been a matter of dispute among the proponents of various schools of thought.

In his book, A Brief History of Time, Stephen Hawking writes: 'the problem of the origin of the universe is a bit the old question: which came first, the chicken or the egg. In other words what agency created the universe, and what created that agency? Or perhaps, the universe or the agency that created it existed forever, and didn't need to be created.'

Various arguments in this regard can be listed as below:

The proponents of each argument have tried to prove their part and disprove the others'. Let us take the first case as an example. The argument, that the existence of God can be proved, is based on either a priori or a posteriori. A priori argument is that which is thought to be true in virtue of its meaning alone and therefore, doesn't need to be proved by empirical evidence. A posteriori proposition, on the other hand, is that which is knowable on the basis of empirical evidence and/or experience.

The above arguments and the like, however, have been opposed on various grounds. One of the major questions raised against the cosmological argument is that why the First Cause is unique in that it does not require any cause. The objection against the teleological argument is that lacking a natural explanation for certain things cannot be assumed as an intelligent cause. Objections have been raised against other posteriori arguments as well.

Now the question is this: is it possible to undisputedly convince someone about the existence of God, by means of empirical evidence? The answer to this question is that such a thing is neither necessary nor inevitable. It may be possible or impossible to prove the existence of God by empirical means. But it may be unnecessary to do so to establish faith in God. A religion like Islam doesn't establish faith in its believers on the sole basis of empirical evidence. Rather, it does so by means of Divine revelation and personal religious experiences. Allah had appointed various Messengers to convey His message to the people. These Messengers, having experienced the Divine presence by themselves, passed this message to their respective communities. Of course, such a revelation based faith can be reinforced by cosmological evidence as well.

In Islam, both tawḥīd (declaring belief in the existence and oneness of Allah) and risālah (the acceptance of Muhammad (S) as God's messenger) are the two indispensable parts of shahādah (testimony). He who believes in one and not the other cannot be regarded as a Muslim. This means that unless one authenticates the Messenger of Allah as a conveyer of the truth about Him, he is not going to be a believer.

According to Islam, one is not accountable to Allah if he fails to understand His existence solely based on cosmological or empirical evidence. Islamic scholars are of the opinion that, if there had been supposedly any community to which no Messenger was sent, they wouldn't be punishable for disbelieving in Allah. However, Islamic teaching makes it clear that those who deny the fact of His existence and oneness even after that truth was revealed to them by the Messengers will certainly remain accountable for the denial.

According to the Quranic view, the very purpose of the Prophetic mission was to give an ultimate verdict on the question of God, thus leaving no excuse for disbelievers after they have been informed of the ultimate truth by the Messengers of Allah. '(We sent) messengers delivering good news and warnings so that humanity should have no excuse before Allah after (the coming of) the messengers'. (Quran 4: 165) It is clear from this Quranic verse that the Messengers of Allah had the role of arbitrators who, by ruling out all skepticism, permanently settled the dispute over the question of God.

In his book Iḥyā' ʿUlūm al-Dīn, Imam Gazālī (R) discusses three ways in which one can be convinced of the existence of God. Firstly, one can draw a conclusion about  God's existence from empirical evidence. But, this may not be always possible, for the empirical evidence can mislead in many cases. He explains this with the help of a simple example. The knowledge about the presence of 'Zaid' in his house, he says, can be assumed from some exterior evidence, such as that of hearing his voice from outside. However, such evidence may sometimes mislead us, as the sound we hear may resemble the sound of someone else.

Such an evidence-based assumption can be reinforced if you were told of the same fact by someone you trust. According to Gazālī (R), this is the second method. If you knew the honesty of the teller you have no reason to still doubt in the truthfulness of what you were told.

The messengers of Allah (Peace be upon them), who were convinced of His existence for themselves through their personal experiences, were sent to their respective communities in order to convey the truth about Allah. These Messengers were chosen from among their own communities so that their communities knew them well and were well-aware of their honest background. As such, they had no reason to disbelieve the Messengers in what they said; a logic raised by the Messengers during the course of their propagation. 'I have spent a lifetime among you before this. Do you, then, not use your reason?' (Quran 10:17).

Moreover, the good thing about this revealed knowledge is that it is verifiable for oneself. One can be convinced of the Divine existence through his own 'religious experience' —a personal, direct acquaintance with God. Provided that one can reach a certain level of mysticism, he can experience God by himself and attain that degree of certainty reached by the Prophets. According to Al Ghazālī, this is the third and ultimate level of knowing God. He calls this the 'faith of a witness'. The knowledge attained in this way, as exemplified by Al Ghazālī, is similar to a person's knowledge about Zaid's presence after he has got into Zaid's house and spotted him with his naked eyes. No sort of skepticism can ever creep into this type of belief.

From the above discussion, it is evident that whether or not it is possible to prove the existence of God through cosmological evidence, it least matters for a believer to confirm his belief in the existence of Allah. A true believer is convinced of God's existence primarily because such a belief was substantiated by the truthful Messengers who were appointed by Allah to disclose matters which would otherwise be inaccessible. This prophetic revelation is the primary basis of religious belief.

Such a belief can never be challenged unless and until one can undisputedly prove that God doesn't exist. Atheists and non-believers will never be able to do that. Even if it is agreed that it is impossible to empirically prove either the existence or non-existence of God, it will, in turn, support the argument of the believers, not of the atheists. As such, the two other arguments about the question of God - agnosticism and skeptheism- are in fact reinforcing the theistic belief, not atheistic, as they too rule out the possibility of establishing the non-existence of God.