Fasting is Exclusively for Allah, and He will Reward for it;Why? 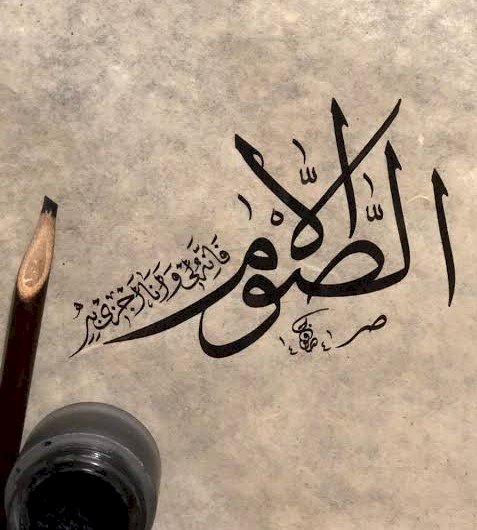 When a good act is done for show-off or some other things than God’s sake, it will not be accepted by Him in the hereafter. The Holy Qur’ān says, “Though all they are ordered to do is worship God alone, sincerely devoting their religion to Him as people of true faith, keep up the prayer, and pay the prescribed alms, for that is the true religion”.[1] Similarly, associating something with Allah even in an act, for pleasing someone other than Him is an act of shirk. In a hadith qudsī, Allah proclaims, “I am the One, One Who does not stand in need of a partner. If anyone does anything in which he associates anyone else with Me, I shall abandon him with one whom he associates with Allah”.[2]

In condemning the act that resembles shirk, the Prophet ﷺ said,When Allah gathers the first and the last one on the Day of Resurrection, a day of which there is no doubt, a caller will cry out: Whoever used to associate anyone else in an action that he did for Allah, let him seek his reward from someone other than Allah, for Allah is so self-sufficient that He does not need any associate.[3]

Ramadhan is designated as the best month of the year. It holds the night of Laylatal-Qadr, which is known as the night of decree and destiny. The angels and the spirit descend on this occasion for every affair. Any forms of worship madeat that night such as tilāwah, ṣalāh, ṣadaqah, iꜥtikāf, and duꜥā is equal to worshipping for a thousand months (83 years). However, fasting alone, which is the default worship in Ramadhan, stands exclusively as an act done for Allah, and only Allah will reward for it.

Abū Hurairah narrates that the Prophet ﷺ said, Allah the Exalted and Majestic said:Every act of the son of Adam is for him, except ṣiyām (fasting), which is (exclusively) for Me, and I will reward him for it. Fasting is a shield. When anyone of you is fasting, he should neither indulge in obscene language nor raise his voice; and if anyone reviles or tries to quarrel with him, he should respond saying: 'I am fasting'.[4] 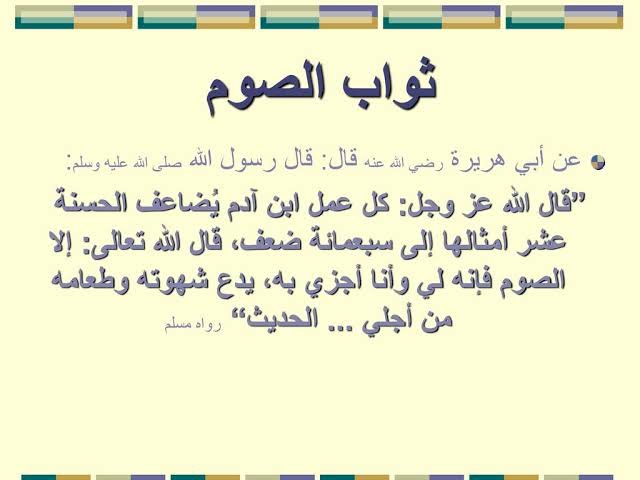 In another narration by Muslim, the Messenger of Allah ﷺsaid:Every act of the son of Adam would be multiplied, a good deed receiving a ten fold to seven hundred fold reward. Allah, the Exalted and Majestic, has said: Except fasting, for it is done for Me, and I will reward it, for one abandons his passion and food for My sake. There are two occasions of joy for the one who fasts, joy when he breaks it and joy when he meets his Lord; and the breath (of an observer of fast) is more favourable to Allah than the fragrance of musk.[5]

Why Fasting belongs to Allah?

The hadith mentioned above is the combination of sacred (qudsī) and prophetic (nabawī) texts. Despite acknowledging that Allah rewards all kinds of deeds, the hadith commentators (muḥaddithīn) brought several interpretations on elaborating the Prophetic statement,‘fasting which is for me and I will reward him for it.’ The following insights give an in-depth understanding in this regard. There are three reasons for why fasting belongs to Allah:

Sincerity: As narrated by Zuhrī, showing off (riyā') is not apparent while fasting.[6] Ibn al-Jawzi mentions, unlike fasting, all acts of worship are exhibited by functioning, which leads to sincerity that is hard to achieve at the fullest.[7]However, whilefasting, one stays away from his desires only for the sake of Allah as mentioned earlier in the hadith qudsī, …for one abandons his passion and food for My sake.

Also read : ramaḍan an occasion to purify the soul and reach out to allah

Quantity:Al-Qurṭubī contents that most acts of worship are rewarded as multiplied from 10 to 700 times as in the hadith qudsī,i.e., “Every act of the son of Adam would be multiplied, a good deed receiving a ten fold to seven hundredfold reward.”However, for fasting, only Allah knows the extent of rewards. The indicator of key performance in fasting is entirely hidden, and only Allah knows the act. Thus, He rewards abundantly, to the level that is unknown to us.[8]The Holy Qur’an states,“…and those who persevere patiently will be given a full and unstinting reward.”[9]Referring to this, al-Bayhaqī narrates that there are seven acts, and for one among them, only Allah knows the rewards, that is,fasting.[10]

Quality: Staying away from eating, drinking, and sexual desires are among the habits of those who fast. Ultimately, these characteristics are the infinite attributes normally applied to Allah alone. According to al-Qurṭubī,[11] all works of the son of Adam is appropriate and in line with his characteristics, except fasting. Fasting holds some features that are very close to divine attributes, and the son of Adam utilizes them to get even closer to Allah.

All worships performed by human have the relation of his characteristics of ꜥubūdiyyah,the servitude, that involves obedience, submission, and humility. Nevertheless, abstaining from food, drinks, and sexual intercourse is not an attribute of human but God. Thus, the unique act of fasting resembles the divine attributes, or you could say takhalluq bi akhlāqillāh which means molding your ‘self’ by the divine characteristics.[12]

[12] Ibn Taymiyyah brought this statement in BayānTalbīs al-Jahmiyyah, vol. 6, p. 364 for an argument. Though the hadith was recorded in SharḥṬaḥāwī, it was not from the Prophet according to Abdullāh Turki and Shuꜥaib al-Arna’ut.

(Dr. Mohamed Aslam Akbar Hasani is an Assistant Professor in Shari'ah Sciences at the Department of Economics, Kulliyyah of Economics and Management Sciences, International Islamic University Malaysia (IIUM). He teaches undergraduate courses in Islamic commercial jurisprudence, Islamic economics and conducts research on the classical works of aMuslim scholarship in economic thought and Maqāsid al-Shariah based developments.)