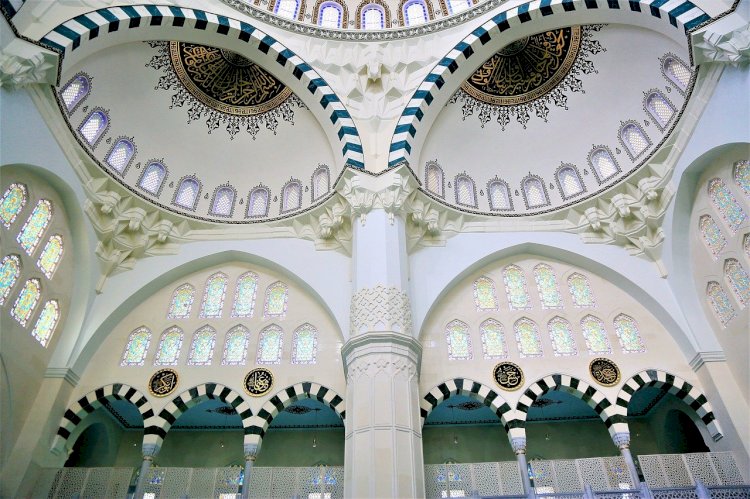 These basic demographic figures clearly depict the universal distribution of the followers of Islam and challenge the notion of Islam as a religion of the Middle East or as an Arabian phenomenon. Interestingly, the wide geographical distribution of the Muslim population and their distinct cultures have been in the focus of the scholars who have been working on Islam and Muslim societies. There have been a growing number of literature pieces trying to explain the role of Islam in different countries – illustrating the diverse ways in which people negotiate their Muslim identity in everyday life or explaining how Muslims in different regions understand Islam and aspire towards leading a good Muslim life.

It has been well established that the contemporary Muslim societies across the globe represent an amazing array of cultures nevertheless retaining all that is Islam. For Muslims, living a proper Islamic life is not just a matter of learning religious texts and ritual practices, but rather a creative and sustained engagement with the given cultures. Wherever Muslims live today, they find ways to maintain a way of life that is intertwined with Islam. In other words, wherever Muslims are found today they have developed their own specific cultures meeting the local culture’s demands in terms of food customs, dress styles, sports, arts and aesthetic expression, architecture and trade and commerce. Thus, the patterns of Muslim life in Indonesia, for instance, may be very different from that of Muslim life in the Americas or Europe. But at the same time, one can easily notice how the Muslim life in both places has been guided by or moulded in certain common normative principles and a common world view.

Perhaps, it is this creative cultural engagement that enabled Muslims to adapt to life anywhere on the globe. This cultural engagement which can be understood as a process of a cultural winnowing wherein the compatible elements of the local culture are identified and wherever required were refined to fit into a larger Islamic tradition. In other words, the focus of the Muslim engagements with the local cultures has been properly guided by the cultural imperatives of Islam which have been enshrined in the philosophy of Ihsan. The philosophy of Ihsan which is at the heart of what is classified today as Sufism always prompts a Muslim to look for the best and actualize a pious moral self.

These interesting aspects of Muslims daily life characterized by an amazing act of balancing between Local and the universal; between changes and continuity and that too without compromising with any of its basic tenets and religious practices have been generating interesting academic works as well as internal debates within Muslim communities.

While the contemporary scholars on Islam including historians, sociologists and anthropologists are grappling with questions such as: how Muslims live their everyday lives in the secular world order? How Muslims lead Islamic life at the local but realizing what is universal? How does Islamic tradition cope up with the changing times while retaining its beliefs and practices? But interestingly, the cultural engagement of Muslims in different regions, as mentioned above, has also generated heated debates among Muslims across the globe. These debates among Sunni Muslims could be understood in terms of two approaches to the question of how to live Islam.

The traditional or sufi stream of thoughts that has patterned the daily life of Muslims in almost all parts of the world except where Islam has reached very recently represents one side of the debates. The other side is represented by a relatively recent stream of thoughts rooted in the puritanical and fundamentalist understanding of Islam represented by a group of Muslims called Salafis or Wahabis. There is a fundamental perspectival difference between these two streams as mentioned above. While the predominant Sufi thought accepts things which are not against the Islamic principles enshrined in Quaran and Sunna and in accordance with long-lived Islamic traditions, the Salafist ideology rejects anything that is not prescribed in Quran and Sunnah as bidath or innovation in Islam.

This distinctive understanding of different voices of Islam today is very important while approaching Muslims daily life – their piety, spirituality and their religious personhood. Whereas from the Sufi line of thought, living a proper and fulfilling Muslim life is not just a matter of scriptural understanding of Quran and Sunnah, rather a meaningful engagement with the creative human faculties including arts, architecture, poetry, music and critical debate. More than leading a personal and normative life, even possessing affection and love for others is deemed an important aspect of living a virtuous Muslim life from this perspective. Such connection between emotion, faith, intellect, and daily life will not be found in the Salafist understanding of Islam and such a reading of Islam will not be in the scope of this section or the entire site.

Living Islam is also approached from different perspectives in political thoughts. With the changing demographic compositions and the geographical spread of Muslims across the world, Islam has become a major theme in the international political discourses. At the heart of such discourses and the contemporary academic debates about Muslim daily life is the question of visibility of Islam and the day-to-day affairs of Muslims’ everyday life.

Consequently, questions such as why do Muslim women wear headscarves? Why do Muslims have only halal food? Why do the mosques carry minarets? Why do Muslims pray at workplaces and even in public parks? These and similar questions have not only given space for the right-wing populist politicians to carve out their places in the political debates of their states but also generated enthusiasm both among the common people and the academia to understand Islamic beliefs and practices.

It is in this context that the section on Living Islam has been designed on Islamonweb. This section will cover various aspects of the socio-cultural life of Muslims in different parts of the world and showcase their artistic, aesthetic and architectural expressions while illustrating how Islamic faith, spirituality and the normative order have been realized in different socio-cultural contexts.

Without directly taking up the political questions, this section will explain how Islam is being lived and how one can live Islam.