The Algorithm is Ready to be a Shaykh Murabbi: Can We Define the Social Media Ethics Sometime Soon? 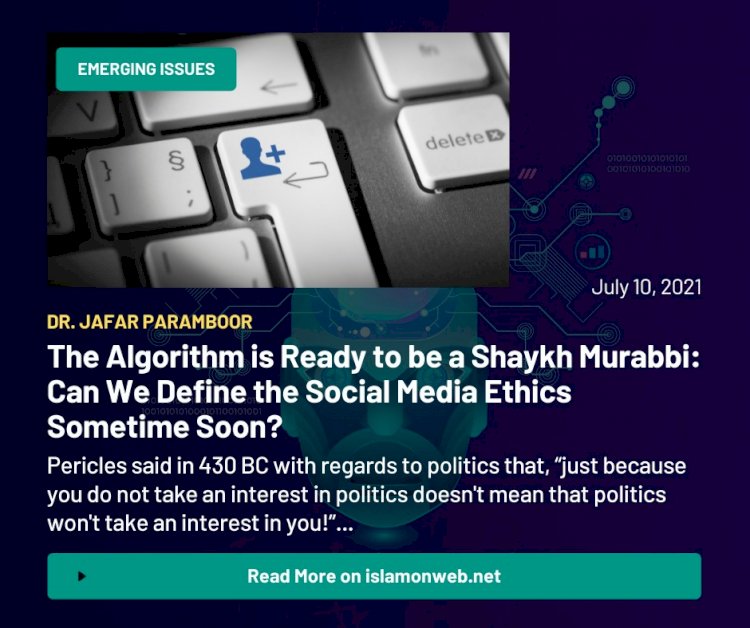 Let me begin with two scenarios. The first one happened before around eight months in a WhatsApp group created by some Muslim youth to encounter fake news over the internet, especially on Twitter, spreading anti-Muslim propaganda in India as an organized agenda. This was when Majid Majidi’s latest movie, “Prophet the Messenger”, was reported to be released in India, though after a long span of its global release. I came across, from the mentioned WhatsApp group, some of the Twitter screenshots by Muslim names with turbaned and big-bearded (most ostensibly fake) profile pictures.

The alike patterned contents of all the screenshots were ardently refuting the movie and ‘defending’ Muslims, arguing that this movie is anti-Islamic since it has depicted the Prophet Muhammad, a severe offense in Islam. From the screenshot itself, I was quite sure that all those ‘Moulana accounts’ were made of a big propaganda to purposefully tarnish Muslims in front of the netizens, showing them as ‘aliens’ and ‘exclusive morons’ who do not tolerate anything other than their beard. I was also sure that none of these defenders had watched even the movie trailer yet, though no evidence with me to prove it. So, what happened was, these ‘boycott Prophet movie’ messages were taken seriously by many of the group members without any reservation. The question is, how is someone going to pick up truth from the false in here? What kind of adab should he be practicing to getting the behavioural patterns or the psychology of the internet?

The second scenario happened back in 2014 or later. A prominent self-acclaimed secularist in South India posted his arguments on Facebook, fiercely criticising religious clerics and their approach towards certain social issues. I do not really remember whether his points were valid, but I recall that his language was gentle, without pointing to or calling any names. Consequently, the argument was debated by those in his FB circle. On the next day, he posted a screenshot of his FB Messenger inbox in which he was verbally attacked and threatened, exceeding all the decency because of his FB post. I could easily verify the profile of the aggressor as he was one of the pious graduates of a religious seminary, whom I know personally for years. Moreover, I am sure that he had covered all the etiquette lessons and admonitions from his alma mater, including ādāb al-Kalām (etiquette of talking), ādāb as-salām (etiquette of greeting), ādāb al-Ṭarīq (etiquette of the public road) etc. meticulously. Yet that was not enough for him to infer and arrive at the ādāb al- wasā’il al-ijtimāʾiyyah (social media ethics) and the adab of using the internet.

Here, an individual is conditioned to a state that even if he does not want any social media platform or even the internet, they all want him back due to a myriad of reasons. This is precisely similar to what Pericles said in 430 BC with regards to politics that, “just because you do not take an interest in politics doesn't mean that politics won't take an interest in you!”. In other words, the condition has made us reach the level that we are in desperate need of this alam al-shabakah (the world of web) though many of us neither know it nor get any guidance to make us know. That is the place where confusion takes place. Then we start doing our own ijtihad, exploring what comes in front of us with a click. We indulge in it, not knowing where the algorithms lead us to. 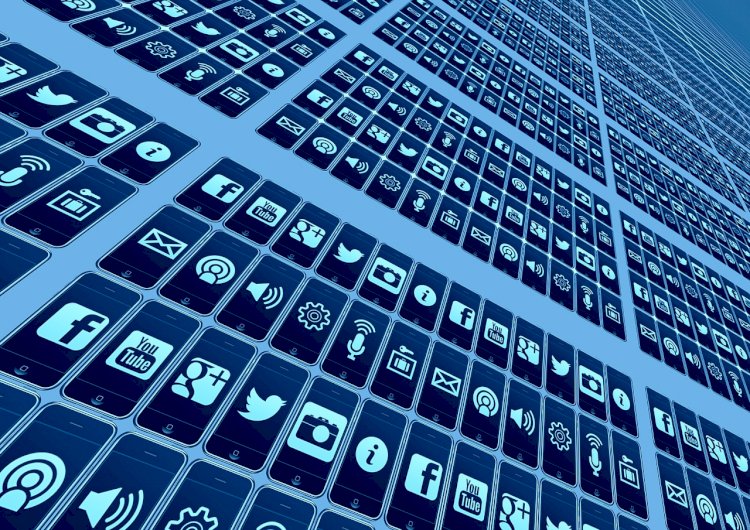 The algorithmic dilemma that we are in right now is severe than what we really think. It has changed its shape from a smart assistant to an uncontrollable dictator; to an independent troublemaker that can systematically crush one’s everything, and I do not really know what that everything is since everything has now become unpredictable. Even when I type this piece of writing, the algorithm connected to my personal devices, including mobile phone and laptop, are catching up my keywords to give me ‘more accurate’ results in future if I search the social media ethics, for instance. I have observed this phenomenon while making casual conversations with friends through phone, whereby the device starts giving me specific advertisements through my Facebook wall, after ‘carefully’ grasping the exact theme of our conversation; it may be a place to eat, a gadget according to my budget; or anything that I had never imagined at that particular moment. And I do not doubt any more that the algorithm that is engaging with me is going to be a Shaykh Murabbi for myself, being a controller, motivator, and influencer of my consciousness!

Still, why is that a matter of concern for a casual user of social media, as the mentioned algorithm has not made any uneasiness to me, except those random advertisement notifications? To clarify this doubt, we can take a scenario described by the futurist Yuval Noah Harari in his 21 Lessons for the 21st Century,[1] as he reports a tragicomic (This may be so for the Israelite Harari, while there is no comic element for others!) incident happened to a Palestinian back in 2017. While labouring in his workplace, this man uploaded a casual photo of himself on his Facebook account, standing nearby a bulldozer, captioning ‘Good morning!’. The automatic algorithm worked here, misidentifying Ysabechhum! (that is good morning) as Ydbachhum! which means kill them! The Israeli security force raged into and arrested him in no time, based on their usual suspicion that he was a terrorist trying to intrude on the land with his bulldozer.[2]

The same algorithm also knows how to discriminate between individuals while providing information. To be clear, if you are a PhD graduate - and for sure your device knows that! - the result for ‘what is education?’ will be more specific according to your standard of learning and prior knowledge, whereas it will be different for a layman. There is a similar yet a modified version of the case. Filmmaker Max Stossel[3] asked two of his friends, “How many refugees committed crimes in Europe?”. Like most of us would do, each of them googled the query, to which the results were radically different from one another. One was given a mixture of reliable news sources with objective statistics and surveys, stating that refugees pose no specific threat to the community. Meanwhile, to the same question, the other one got a set of manipulated results, negating the fact and misinterpreting the insignificance as the just opposite of the reality. Despite giving the same input, their algorithm gives back different output, posing a serious dilemma for humans. To this, Stossel remarked, “These people are essentially living in two different worlds. They have different versions of what reality is.”[4] For some other time, the reason might be unknown. This is what precisely is pointed out by Harari:

The latest of such algorithmic discrimination is systematically applied towards the Palestine-related news headlines. Almost all social media platforms, including Facebook, WhatsApp, Twitter, Instagram etc., are committed to hide the coverage got for the tragedies in the region. Facebook, for instance, not only hid the Palestinian tragedy and the Israelite terrorism but also promoted the latter’s FB page internationally, set the positive reaction button or the Like button, made it appear that  76 million people like and follow the page![6]

Moreover, in recent years, many media persons who are engaged with documenting Israeli state violence and terrorism against Palestinian families in the occupied Sheikh Jarrah have reported that Facebook, Twitter, and Instagram have been systematically censoring their content. Such acts of discrimination do not stop here. It is widespread in academia too. A virtual event jointly organized by the Arab and Muslim Ethnicities and Diasporas (AMED) Studies program at San Francisco State University, the Council for UC Faculty Associations (CUFCA), and the University of California Humanities Research Institute (UCHRI) was blocked by Zoom, Facebook, and YouTube simultaneously since their ‘innocent’ algorithm decided not to publicize it looking to the event title ‘Whose Narratives? What Free Speech for Palestine?’.[7] 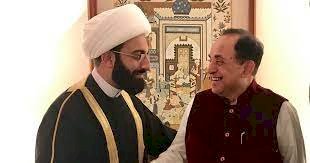 It is devastating to notice how this algorithm behaves like an expert in promoting hate and distrust against a particular community from east to west, from Balkan to Bengal. Let me put forth another such expertise of social media algorithm that functioned to defame Muslims in front of the netizens. In Australia,   the Supreme Court of Victoria passed its verdict against Imam Mohammed Tawhidi in his legal filing against Australian Muslim lawyer Moustafa Awad and his wife Jasna Muslimovic on 21 December 2020. The judge threw out Tawhidi’s application finding that he has gained fame and wealth through his social media account by deliberately spreading fake information against the Muslim community.

A primary investigation about Imam Tawhidi made the court realize that this hate-monger Imam has never attended any religious seminary to be called so or was never associated with any mosque despite being called himself an ‘Imam of peace’. However, the algorithm worked for him far ahead to the extent that his hundreds and thousands of Muslim-hating, far-right fans on social media platforms, including Facebook and Twitter, referred to him to learn Islam and Muslims. “Tawhidi is not recognised as an imam or sheikh by either the Australian National Imams Council or its South Australian equivalent, nor is he affiliated with any Australian mosque or prayer centre,” discovered by the Australian news agency ABC in 2017.[8]

In the next part, we will discuss what ethics we should be aware of while engaging with the internet by analysing the two scenarios highlighted in the beginning. It will be followed by conceptualizing how to respond to the algorithmic deluge, one of the biggest crises for this century and onwards.

(Dr. Jafar Paramboor is currently working as an Assistant Professor at his alma mater, Faculty of Education, International Islamic University Malaysia. He is also one of the editorial board members of Islamonweb English, and has authored on education, teaching, learning, and Islamic discourses from a grounded perspective. He can be reached at jafarpoovathani@gmail.com.)