Why is Aurangzeb a Controversial King? Decoding Myth and Reality 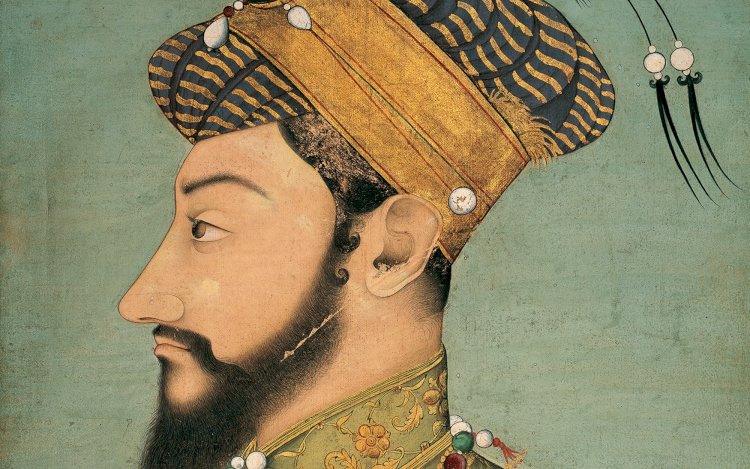 November three has historical significance because it’s the birthday of India’s most controversial king of all time. Despite the passage of three centuries, Muhiuddin Aurangazeb Alamgir, the sixth Mughal emperor, still remains as a sensational topic of heated discussion in political and religious scenarios. To simplify, he is the second longest-reigning king in the Mughal Empire, ruling over 150 million people for nearly a half-century, from 1658 to 1707, and expanding the reign to its greatest extent by subsuming most of mainland India under one single imperial dominance for the first time.

Why is he so disputed?

Aurangzeb is the single historical figure in Indian history who has been the prime target of communal outrage and his character has been tainted by various subjective propaganda over the years. His historical persona is not treated as a Mughal emperor, but rather as a mysterious figure of bigotry and ruthlessness. His identity varies across geopolitical areas, for instance, in the perception of many Indians, he is a villain who massacred countless Hindus and razed many temples. On the contrary, in the eyes of the majority of Pakistanis, he is a valorous hero and a spiritual saint. That is because he was practising Orthodox Muslim, he did not touch alcohol and didn’t pick up personal expenses from royal treasury. This religious piety has no job with his political administration, wherein many got misconstrued.

In today’s political scenario, his name is used as a “dog whistle” to signal that it is susceptible to charges of hatred and violence against present-day Muslims in India as an act of retaliation[D1] . He is often alleged by leftists, far-rightists, and even colonial historical approaches for religious fanaticism, discriminatory Hindu policy, Jizya tax imposition, ruthlessness towards his relatives, and temple demolition. Historical distortions around are rooted in British imperial interests to validate the legitimacy of British rule over the Mughal Empire through its defamation. This was done by imperial scholarship in the 1870s, especially in the compilation of “The History of India, as Told by Its Own Historians,” which purported to be “objective” about the Mughal era. Many far-right historians wrote vociferously about him, for instance in the work of Saurabh Lohogaonkar.

However, there are three major issues by which Alamgir has been pounded the most. First is Jizya tax reinforcement on Hindus. It is argued that he forcefully imposed the Jizya tax on Hindus which was once shunned by Akbar the great.

This question can be challenged by many works of prominent historians. An Indian mediaeval Historian Harbans Mukhiya described this matter very keenly that Jizya tax is 1.25 per cent annual revenue of an individual’s income and enacted on only wealthy Hindus such as Brahmins in return for their security. On other hand, a Muslim individual has to pay 2.50 per cent of his annual income as Zakat. So there is no discrimination at all. To certify this, Historian Shireen Moosvi attested that Aurangzeb showed no distinction in taxation among Hindus and Muslims. In addition, Professor Ram Puniyani added Aurangzeb didn’t enact the Jizya tax in his early twenty years of power. Historically, he led a decisive campaign in 1687 to Deccan nearly 20 years after his ascension to the throne, because warfare needs so much treasury. Besides, historian Satish Chandra in his work ‘Reassessing Aurangzeb’ asserted that this enactment was both a political and ideological move. Ideologically he moved by the pressure of many  Muslim clerics on his side. Even a contemporary European traveller of his time, Niccolao Manucci wrote that there is no evidence of forced conversions in the case of treasury replenishment. So it inculcates that it was the need of the time by which reinforcement of Jizya occured without any discriminatory blemishes.

The second pinching issue is Temple demolition, which was very common among Hindu rulers in the Ancient and medieval periods according to many historians like Richard M Eaton, Romilla Thapar, Harbans, etc. As per the recent work of American historian Audrey Truschke, indeed Aurangzeb ordered the demolition of certain temples but there is not any document to ascertain the number of temples. However, Kashi Vishwanath temple destruction is a very notorious one, while explaining the incident Dr.Pattabhar Sitaramayya, former governor of Madhya Pradesh wrote that some works and mal-activities were taking place in that temple. To resist that, the action occurred. On other hand, as Dr.Vishambar Nath Pande in his compilation wrote that Aurangzeb granted heavy provisions to many temples like Guwahati Kamakhya temple, Vrindavan lord Krishna temple, Ujjain Mahakaleshwar temple, etc. Besides, Alamgir ordered the destruction of a mosque on the top of Golconda fort on the way to conquer the Muslim sultanate there. Richard M Eaton wrote in his work ‘Rise of Islam and the Bengal frontier’ that destruction of temples was a symbolic representation of authority shown to rivals in India. So it’s crystal clear that destruction of temples and mosques was not an act of his atrocity or barbarity towards any community, rather it was a political manifestation.

Thirdly, he is often accused of killing his brothers and criticized for his ruthlessness. It’s fact is that he was austere and an expert in military activity. Really, Aurangzeb had killed three brothers, one son, several cousins and one nephew, but the Mughal empire itself is a classic example of “bloody game” for the throne that dates back to the Mongol dynasty. Even Shah Jahan and Ashoka the great killed many thorns for the throne. So ascension to the throne has to be interpreted in that way, but often forgotten in the case of Aurangzeb.

In conclusion, writings on Aurangzeb deserve more academic proficiency and completeness. Encompassed by many subjective propagandas and conspiracies, this Mughal emperor has lost his revering profile like others. So many objective historical approaches to his life are need of the hour, especially because of venomous attempts for rising ‘Hindutva’ propaganda have begun. At first, Aurangzeb is a strong Mughal king with historical and political stature. He is not to be seen through the lens of partial subjectivity.

Audrey Truschke, Aurangzeb: the Man and the Myth, Penguin books, 2017

Anuradha Raman, Aurangzeb is a severely misunderstood figure, Article in The Hindu, September 2015