Lakshadweep amid Tensions Directed by a Chaotic Administrator 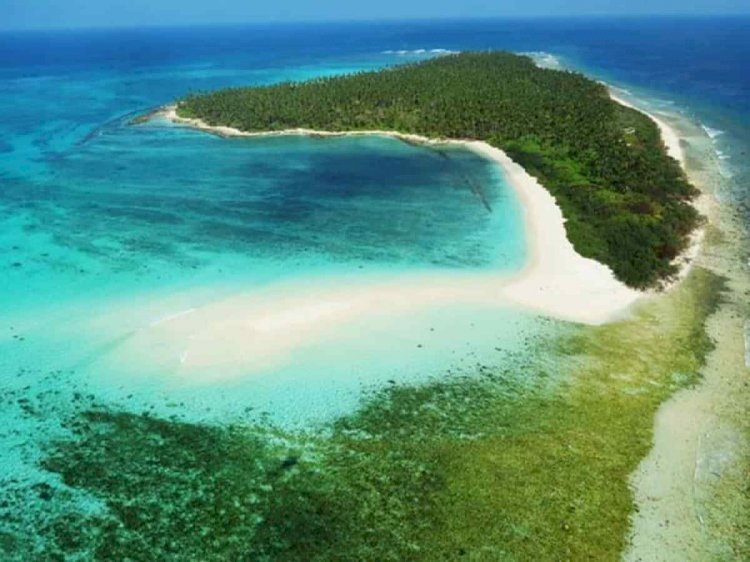 Lakshadweep, the tropical archipelago off Malabar Coast where people lived in peace and harmony and zero crimes were reported, has turned disturbed by the Central Government’s recently introduced Draft Regulations. The Drafts have put people in troubles as their land and water are seemingly carried away from them. The Administration will have the power to acquire land upon their interest, in the name of development. The Draft disqualifies people who have more than two children from contesting elections. It also constitutes banning beef in a territory where the majority consume the same.

Hypnotic, mesmerizing, and captivating milky white sandy land with eye alluring blue lagoons of 4200 sq.km., “the paradise islands” of India, Lakshadweep, an archipelago in the southern side of Malabar, situates at 404 km from Cochin, 346 km from Calicut and 352 km from Mangalore. Lakshadweep is a strategic territory spread across 32 sq. km and a Union Territory of India. The island area consists of 10 inhabited and 16 uninhabited islands, three reefs, and six submerged banks. The coral area is safely based on 12 independent atolls. The largest inhabited island, Andrott, is only 4.80 square km, and the smallest inhabited island, Bitra, is recorded only as 0.1 square km. Earlier, these islands were known as Lacadive, Minicoy and Amindivi islands. The Laccadive group comprised of Kavaratti, Andrott, Kalpeni and Agatti. And the Amindivi group was compiled of Amini, Kadmath, Kiltan, Chetlat and Bitra. Minicoy is an island annexed from the Maldive archipelago.  On the 1st November 1973, the name Lakshadweep which means in Sanskrit and Malayalam, “one hundred thousand islands”, was adopted following a decision by the parliament. The population of Lakshadweep as per the census of 2001 is 60,650 persons. Of the 100% of its indigenous Muslims, 95% follow the Shafi School of Islamic thought. The sex ratio is 948 females per 1000 males though this is a matrilineal society, and the density of population is 1895 per square kilometer, the highest amongst the Union Territories. Lakshadweep rejoices one of the highest literary rates in India. Female literary rates stand at 81.5%, where males’ is 93.15%. These tiny islands also add 400,000 sq. km of the Exclusive Economic Zone to India, which is bigger than Rajasthan, the country’s largest state.

The Islands of Legends

Likewise, all islands have their own legends. Lakshadweep’s history can be spoken only based on it. To the local traditions, early settlement in this area goes back to Cheramanperumal, one of the Keralite kings. After converting to Islam, he left Cranganore, present-day Kodungallur in Trichur, to Mecca to meet Prophet Muhammad (s). Learning his absence, search crews were sent to many parts; one of them happened to land in Bangaram island due to bad weather. On their way back, they saw fertile and habitable islands, and they presented it before the king, who in turn permitted for settlement. Considering bigger islands, it is assumed that they chose to settle first in Amini, Andrott, Kavaratti, Kalpeni and Agatti. Thanks to the population explosion later, people from Amini migrated to Kiltan, Chetlat and Kadmat. As per the government reports, the first settlement in Bitra started in 1930. Bangaram was an uninhabited island but was opened for tourists and permitted to build resorts permanently since 1987 to make it an inhabited island. The archaeological remains found from various islands shed light on that the ancient islanders were followers of Buddhism. Most of the ancient limestone idols represent Buddhist features. Based on the historical evidence, one can argue that the island’s settlement began during or before the expansion of Buddhism in South India.

The island was ruled by Hindu and Muslim kings of Kerala at various times in the same way it was colonized by the British and Portuguese. Amindivi group of islands was seized by a British force in the 18th century, whereas Laccadive islands in the 19th century. Because of its dependence on the mainland to meet their day-to-day needs from treatment to technology, influence of foreigners in their socio-cultural life and custom is explicitly seen even today. The caste system uprooted in the island and Marumakkathayam customary law of inheritance are perhaps the examples. N.S Mannadiyaar, the former editor in chief of ‘Lakshadweep Gust’ says: “Irrespective of islanders embraced Islam, they did not rule out some customs of Hindus like caste system which is prevalent in the island from top to toe even today. In the island “Koya” “Malmi” and “Meelasheri” are the castes except in Minicoy”. Though untouchability did not exist in Lakshadweep, Maalmi was considered lower caste, and they had suffered much in the past. It is recorded that during the British era, only they were granted right to carry umbrellas to protect from sunshine or rain with the condition to not use it as an exhibition before the people at any cost. And the right to wear gold and silk were constrained only to the upper class. Meelasheris were allowed to sing songs in their own houses or that of Meelasheris on special days. They could wear shirts and chapels during journey but not while on the island. There were also restrictions to wearing certain gold particulars among women. “Monkikkas” were allowed to wear all gold ornaments, whereas “Bifans” were banned to wear ear tops. “Bibis”, lower caste to “Monikkas” and “Bifans” permitted only to wear silver ornaments, whereas “Kamnibilos” could wear only ear tops made of steel or copper. Thanks to the end of the feudal system, the rising awareness among common people, and the spread of religious and material knowledge, such social barriers are being wiped out from this paradise. Minicoy Island is quite different from others, especially because of its geographical features. The castes in this island are “Manikfan”, “Takrufan”, “Takru” and “Ravilee”. Each caste possesses its own dress code, and women put on reddish dresses which cover head to toe. Women rejoice in Minicoy a great extent of freedom. They work in the public sector, in the construction field, painting, business etc. and they have formed a club named “Varanga” under the leadership of “Boduthatha” for the division of labor. Men from this island work as sailors in most parts of the world. Because Minicoy situates near to the Maldives, their day-to-day life and culture have been influenced by the latter. This island is known as the ‘Island of Women’ as they are considered equal to men in every walk of life including inheritance.

Recently Lakshadweep administration has brought about some drafts that disturb the unique culture and life pattern of the Lakshadweep people. It is said that the arrival of a new administrator to take his office in 2019 December broke the executed SOP to curb the land from Covid – 19. Despite the agitations of people, the administrator tore off the SOP in the air to escalate the number of Covid cases in a remote area where hospital facilities are less. On 28 -01- 2021, the administration introduced its first draft in the name of “ The Draft Lakshadweep Prevention of Anti – Social Activities Regulation, 2021”, where zero percentage of criminal status was kept on. 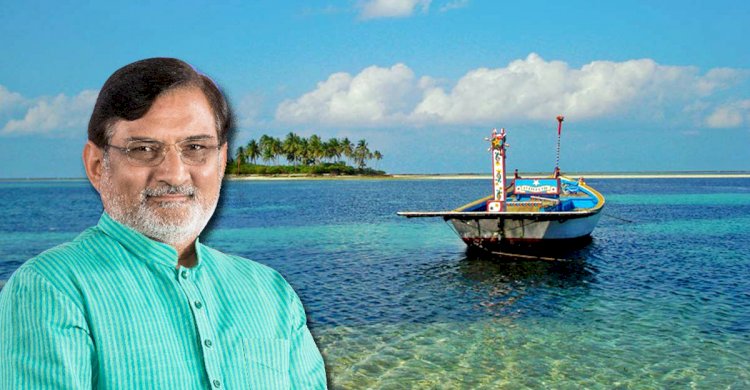 The most provoking action that accelerated the agitation of people is Draft Lakshadweep Development Authority Regulation 2021, dated 28.04.2021. The preface of the draft asserts as its object “to make provision for the orderly and progressive development of land in both urban and rural areas and to preserve and improve the amenities thereof for the grant permission to develop land and other powers of control over the use of land: to confer additional powers in respect of the acquisition and development of land for planning”. Thus, the Administration will have the power to acquire land where they intend to do developmental activities. It is obvious in its section (5), subsection (1) that “the Government may, by notification, declare any area to be a planning area for the purposes of this Regulation, and on such declaration, this Regulation shall apply to such area”. Since the draft does not explicitly explain any land, it can be a residential, agricultural, business, or even a religious area.

Lakshadweep is a weaker area where hills and mountains are not existing. Ironically, the section (9) of this draft explains development as “carrying out of building, engineering, mining, quarrying or other operations in, on, over or under, land, the cutting of a hill or any portion there of or the making of any material change in any building or land”, which are not environment friendly. Another valid argument raised by the people is that the draft permits the administration or the development authority to sign the contracts, agreements of the development with any person or organization. This could be a corporate which directly destroys the exclusive opportunities of local people.  The clause (9) sub close (h) indicates that “to enter into contracts, agreements or arrangements with any person or organization as the planning development authority may deem necessary for performing its functions”.

Lakshadweep, a land where people lived in peace and harmony and zero crimes were reported, has turned disturbed by the Central Government’s recently introduced Draft Regulations. The Drafts have put people of the soil in deep troubles as their land and water are seemingly carried away from their hands.