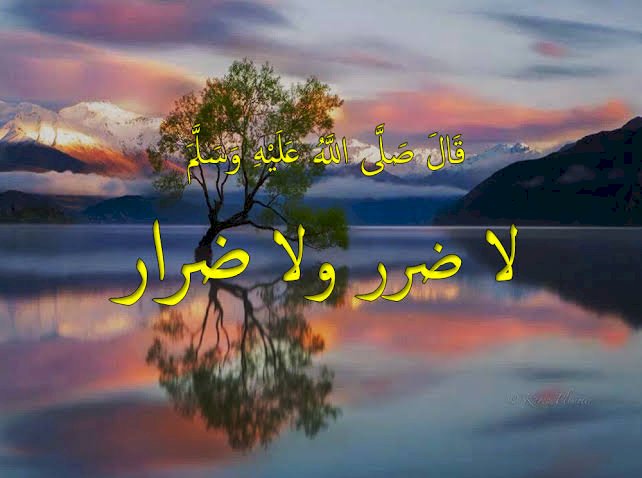 In the light of texts from the Quran and Prophetic tradition, the earlier jurists paid considerable attention to the aspect of prevention of harm and extracted many rulings and fatāwā to realize it. Several legal rules ensure the prevention of harms before their occurrence, for example, the right of Shufʿah (the right of the neighbor to take possession of the house and the land under certain conditions) is decreed to prevent harms that the neighbor or a partner may be inflicted with as a consequence of a sale. Likewise, the Quran prohibits authorizing a child the management of property, because of the high possibility of the destruction of the property or exploitation (al-Nisā’: 5). The interdiction of insolvent is another example, which is meant to prevent harms to creditors.[1]

Prevention is part of sadd al-dharā’iʿ (blocking the means) which refers to eliminating all possibilities of potential or impending harms. It is considered as a preventive measure or a deterrent action that is undertaken against the potential harmful consequences of the actions of an individual even if it was permissible originally.

Two important maxims that deal with the prevention of harm before its occurrence are discussed below: 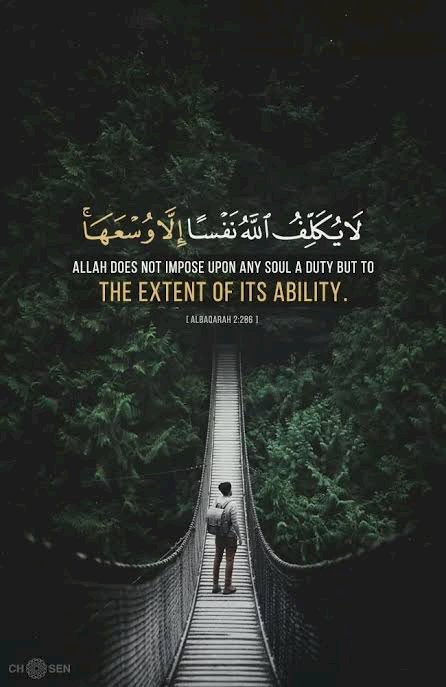 Harm should be avoided as much as possible

The sub-maxim ‘harm should be avoided as much as possible’ (al-Ḍarar Yudfaʿ bi Qadr al-Imkān[3]) commands people to take all possible actions in advance as a preemptory measure against possible harms. This maxim is compelling evidence for Sharīʿah’s deep concern for the safety and security of the people. Implementation of this maxim is by adopting precautionary measures against impending harms and, eliminating the possibility of the occurrence and recurrence of harms.[4] In this maxim, the phrase “as much as possible” underlines two significant practical considerations. Firstly, the preventive actions are required as per one’s maximum capacity as the Quran says, “Allah does not burden any human being with a responsibility heavier than he can bear” [al-Baqarah: 286]. Secondly, if prevention of complete harm is not feasible, the duty is to prevent as much as possible and the rest of harm is to be dealt with elimination of harm or its minimization.

The basis of this maxim is found in the verse of the Quran: “Hence, make ready against them whatever force and war mounts you are able to muster,” [al-Anfāl: 60]. Here, Allah commands the believers to take pre-emptive measures against impending threats of enemies and any foreseen undesirable circumstances.[5] Based on the principles of maṣlaḥah mursalah (unrestricted public interest[6]), and siyāsah sharʿiyyah (Sharīʿah oriented policy), the authorized people take decisions and enact rules which are intended to prevent the harms and to attain benefits for social benefits thus to fortify the system.[7] Likewise, the primary objective of the deterrent and discretionary penalties is to discourage thoughts of inflicting harm in the minds of people and thus to preempt the possibilities of the infliction of harms.

Moreover, this maxim propels every individual to defend himself, his household and other possessions from all endangering situations. In the course of defence, he is not held liable for any damage inflicted to the offender as long as it is done in proportion. This maxim applies to wide range of issues where a man’s rights or essentials are endangered by aggressor; the prevention is needed according to the capacity of oppressed.[8]

Click here for the first part : Harm must be eliminated the universal islamic legal maxim - part one

The commands are of two types, namely, commands for the sake of fulfillment of commanded subject itself and commands as a means for achieving a legal interest. The same classification applies to prohibitions as well. The second category of commands and prohibitions plays a pivotal role in the application of this maxim.[9] Therefore, among the many uṣūlī principles that are instrumental in the realization of this maxim, sadd al-dharāiʿ (blocking the means) plays an important role in the application of this maxim. This principle largely applies to circumstances when the practice of a legally permissible action has the possibility of leading to an impermissible consequence.

Asking permission before entering someone else’s house is a stringent ruling intended to protect the gaze from unwarranted sights and to respect the privacy of others. The privacy of others should not be infringed upon, and preventive measures are taken to enforce it. In the modern era, many new technologies are used to assure the harm prevention. An example is CCTV that is used to check the criminals from triggering the dangers to public and trace them once they violate the rules.

If evil and benefit are in conflict with each other in the execution of an act, the avoidance of harm takes precedence over the attainment of benefits (dar’ al-mafāsid awlā min jalb al-maṣāliḥ[10]). This is because Islamic law is very emphatic in regards to the preference of avoiding forbidden things over practising commands which are permissible. In addition, achievement of benefits is also legalized mainly for repelling the harms given the avoidance of beneficial things will largely result in infliction of harm.[11] This sub-maxim proffers the jurists the principle of proportionality for a careful analysis and moral reasoning.

Maṣlaḥah is described in texts with words like khayr (good), ḥasanat (upright) and nafʿ (benefit) while mafsadah is described with words like sharr (evil), ḍarar (harmful) and sayyi’ah (bad).[12] ʿIzz al-Dīn bin ʿAbd al-Salam expounded that the command of attaining benefits and repelling harms is well grounded. He explained that when one has to choose between attaining different benefits, he should choose the most beneficial first, then what is next to it in terms of benefit. Similarly in the elimination of harms, the greatest harm should be eliminated first and then what is next to it in terms of harm.[13] The scholars explained that this policy was extracted from the following verse of the Quran, “Therefore fear Allah as much as possible” (al-Thaghābun: 16).[14]

When maṣlaḥah (benefit) and mafsadah (evil) occur together, people should discard them both if they are unable to extract the benefit without inflicting the harm. The ruling on the elimination of harms at the cost of attaining benefits is applicable only when the benefits and the harms occur in equal measure. If that is not the case, the benefit is pursued or the harm is eliminated depending on which is greater in magnitude.[15] The situations, where the benefits and evils are mixed, are categorized into three[16]:

This policy is evident in the following Quranic verse: “They ask you about drinking and gambling. Say, “There is great harm in both, though there is some benefit also for the people. But the harm of the sin thereof is far greater than their benefit” [al-Baqarah: 219]. In this verse, Allah commands us to prevent evils contained in alcohol and gambling at the expense of not pursuing the benefit that they contain. The benefit of wine comprises of business with it and making profits while its harms are made of disruption of intellect, collapse of health and creation of discord in family and society, etc.[17]

In another place, the Quran says: “and do not insult those who invoke other than Allah, lest they insult Allah in enmity without knowledge.” [al-Anʿām: 108]. If the preachers of Islam use harsh statements against the belief systems of other religions and offend their belief systems, though it may help to lay bare the contradictions and the incoherencies in their belief systems, doing so could result in adverse consequences, such as the people of other faiths distancing themselves from Islam out of hatred and anger towards it. In this case, the harm caused is much greater than the benefit accrued, which is one of the reasons why the Sharīʿah has forbidden it.

This maxim is well supported by the ḥadith which says that, “If I ask you to do something, do of it as much as you can, but if I forbid you from doing something, you should refrain from it”.[18] Commenting on this ḥadīth, the scholars opined that, “It is a highly inclusive statement and the source of innumerable rulings including Sharīʿah’s concern in eliminating evils than accomplishing benefits.”[19] The nature of evils in terms of spreading and expansion is of epidemic and fire, so any lenient approach will culminate in engulfment by evil.[20]

The benchmark for assessing harm and benefit is the Quran and Sunnah whenever possible. If a situation arises which is not explicitly dealt with in the texts, then one has to use his reasoning to arrive at a conclusion based on resemblances to circumstances already discussed in the texts. In other words, the Sharīʿah’s yardstick should be the criterion to determine whether harm should be eliminated or the benefit should be accrued when benefit and harm are mixed together.[22] Personal whims and material interests have nothing to do with this benchmark, as the Quran points “But if the Truth had followed their inclinations, the heavens and the earth and whoever is in them would have been ruined” (al-Mu’minūn: 71). Another maxim also points to a similar meaning: Idhā ijtamaʿa al-ḥalāl wa al-ḥarām ghulliba al-ḥarām[23]  (“Elimination of the unlawful is preferred if the lawful and the unlawful conjure”.)

[6] Maslaḥah mursalah means unrestricted public interest which means benefits on which canonical texts have neither upheld nor nullified. Maslaḥah should be genuine, general and not in conflict to any clear text but should be in full harmony to the spirit of Islamic law.

[20]Muṣṭafā Aḥmad al-Zarqā’, al-Madkhal al-Fiqhī al-ʿᾹmm ila al-Ḥuqūq al-Madaniyyah, (Dimashq: Maṭbaʿat Jāmiʿah al-Ṣūriyyah, 1377 AH), 2:985-986. For example, if a woman needs to take the obligatory bath but could not find a place except where males are present, then she should not take the bath although it is beneficial. In addition, a decree ordained by Allah, in order to prevent the gaze of males falling on her thus to arrest infliction of harms, needs to be preferred over the benefit of purity by taking bath.