On the Fallacy of Connecting Islam with Sword 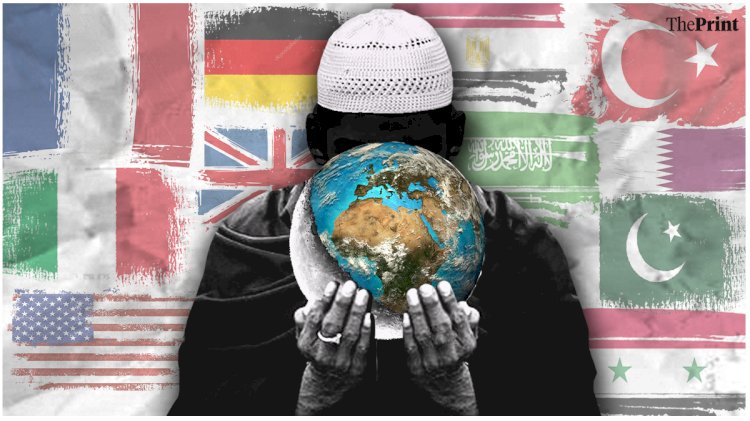 For the past few decades, a growing interest in Islam is seen globally. Starting from the Lebanese civil war to the Iranian revolution of 1979 to the rise of the Islamic movement in Palestine, this interest now stands at an unprecedented level of height since the tragic events of September 11, 2001. The question is, how did it rapidly spread across the world? Was it by the sword or word?

The answer is, Islām was spread by word, though it is purposefully misconceived otherwise. As is known, Islām is an exalted religious prospect and a magnificent way of life. This prospect is based on Qur’ānic verses and Prophetic Hadīth. If someone intends to embrace Islam, he or she must proclaim “I bear witness that there is no deity but Allāh and I bear Muhammad ﷺ is the messenger of Allah”.

It is impossible to convert somebody to this religion by coercion. History shows that the main reason for the spread of Islam across the world was the convincing arguments of its prospect. Islamic teaching is unique in its humane approach and ideology that is different from other religious concepts.

What has Islam done to women?

Most of the Islamic expansions occurred during the reign of Khulafā’ al-Rashidūn, the four successors of the Prophet Muhammed ﷺ, from 632 to 661 CE.  The Prophet Muhammed ﷺ never used wars to propagate Islam whereas those were meant to defend Islam. He ﷺ introduced Islām to the natives of Makkah and Madīnah by the divine revelation. It was very new to them by its ideological perfection and, as a result, they embraced Islām.

A new Islamic political structure evolved and became more sophisticated during the Umayyad and Abbasid caliphates. Over a few hundred years, Islam spread from the Arabian Peninsula all the way to modern Spain in the west and northern India in the east. When women were considered as a mere tool of sexual delectation, Islām strongly argued for the dignity of women.

It was a great signal of transformation since before the advent of Islām, the pagan Arabs used to bury their female children alive, make women dance naked in the vicinity of Ka’ba during their annual fairs and treat them as mere chatters and objects of sexual pleasure possessing no rights or position among society.

The Prophet ﷺ says, “The best of you are those who are best to their women.”[i] Allāh ﷻ says in Qur’ān: “And for women have rights over men similar to those of men over women” (Al-Baqarah 226). While addressing the believers, the Qur’ān often uses “believing man and woman” to emphasize the equality of men and women with regards to their duties, rights, virtues, and merits.

This clearly contradicted the views of Christianity, which stated that women do not have a soul and will exist as sexless being in the next life. Meanwhile, Qur’ān says: “Enter into paradise you and your wives with delight” (Az-Zukhruf 70). 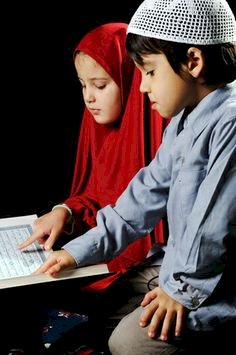 Position of a Child in Islam

Before Islām, not much value was given to kinship. People considered children even as instruments for making money. Umar (R), the second caliph of Islām, recalls the cruel Arabian circumstances before Islām, referring to his father. His father had seen him only as a tool for making money.

But in Islām, children are cared for and loved to the greatest extend. Abu Hurairah (R) reported that al-Aqra' bin Hābis saw Allah's Messenger ﷺ kissing Hasan (R). He said: “I have ten children, but I have never kissed any of them”, to which Allah's Messenger ﷺ responded: “He who does not show mercy towards his children, no mercy would be shown to him”[ii]. The holy Qur’ān says, “And be careful of (your duty to) God in whose name you demand (your rights) from one another, and (to) the ties of relationship; surely God is ever watching over you” (An-Nisā:1).  In another verse, Allah ﷻ says, “And worship God and join non with him in worship and do well to parents and kinsfolk.” (An-Nisā:36).

Islam gives due importance to good personality and character. The basic principle of Islām is to be human and care for all regardless of caste, religion, race, and creed. The Prophet ﷺ stated, “Whoever would love to be delivered from hell fire and admitted into paradise, let him meet his end with faith in Allāh and the last day and let him treat people as he would love to be treated.”[iii]

There shall be no compulsion in Islam

Many anti-Islamic historians have fabricated and manipulated the history of Islam with full of lies and invalid allegations. Their ultimate target behind this hidden strategy is to make Islam-phobic circumstances across the world.

The noted historian De Lacy o'Leary[iv] writes: “History makes it clear, however, that the legend of fanatical Muslims sweeping through the world and forcing Islam at the point of sword upon conquered races is one of the most fantastically absurd myths that historian have ever repeated.[v] [vi]

The Qur’ān proclaims, “There shall be no compulsion in (acceptance of) the religion; the right course has become clear from the wrong” (Al-Baqarah: 256). Islām has always given respect and religious freedom to everyone. Its best example was when the Christian convoy arrived from Najrān, and the Prophet Muhammed ﷺ facilitated for them to pray at his mosque.

Surely, Islām was spread by its inherent force of truth, reason and logic. If it was spread by sword, that was the sword of intellect and convincing arguments. It is the sword that conquers the hearts and minds of people. Qur’ān says in this connection: “Invite to the way of your Lord with wisdom and instructions. Argue with them in a way that is best” (An-Nahl:125).

Muslim ruled Spain for about 800 years. During this period, the Christians and Jews enjoyed freedom to practice their respective religions, which is a historical fact. Christian and Jewish minorities have survived in the Muslim land of the Middle East for centuries in countries such as Egypt, Morocco, Palestine, Lebanon, Syria, and Jordan and all have still significant Christian population. Similarly, Islam spread rapidly on the east coast of Africa, whereas no Muslim army has been dispatched to the land.

An article in Readers Digest Almanac yearbook 1986 gives the statistics of the increase in the percentage of major religions of the world. In a half century from 1934 to 1984, Islām was increased by 235 percentage while Christianity had increased by 47 percentage. During this 50-year period, there was no Islamic conquest, “yet Islam spread at an extra ordinary rate.”[vii]

Huston Smith in his book, “The World religions”, discusses how the Prophet Muhammad ﷺ granted freedom of religion to the Jews and Christian under Muslim rule:  “The Prophet ﷺ had a document drawn up in which he stipulated that Jews and Christians shall be protected from all insults and harm; they shall have an equal right with our own people to our assistance and good office  and further they shall practice their religion as freely as Muslims.”[viii]

Tolerance has been a significant feature of Islam throughout its history, which functioned as one of the underlying causes for its successful dissemination. “Islām achieved astonishing success in its first phase, with in a century after death of the Prophet ﷺ in AD 632.

Early generations of Muslims had brought a large part of globe from Spain across central Asia to India under a new Arab Muslim empire. Despite these astonishing achievements, other religious group enjoyed full religious autonomy”[ix].

In conclusion, Islamic ideological perfection was the absolute reason for its growth, and every battle by Islām was to defend Islam from its enemies, not to propagate it.

1: The world religions by Huston smith published by Harper Collins

2: The shadow of the sword by Tom Holland published by Doubleday publishers

4: Islam religion of peace published by niche of truth

5: Muhammed: his life based on the earliest source by Martin lings published by Islamic text society and inner traditions- bear and company.

[iv] De Lacy O'Leary: British Orientalist and writer of several books on the early history of Arabs and Copts.

(Muhammed Hadi is presently doing PG in Islamic History and Civilization at Wafy Campus, Kalikavu, Kerala. He did BA English from University of Calicut.)