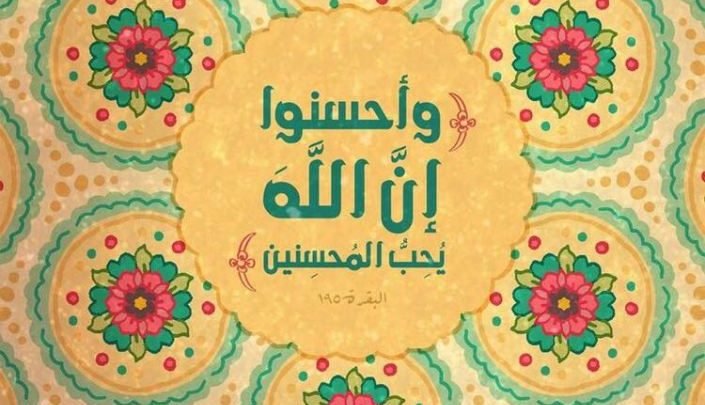 People’s tendency to approach ‘flaws’ and strengths of people, as a chemical equation is hilarious. Flaws are painted as inevitable side effects of creativity. Screens inject the idea that certain flaws exist to balance the creative equation. Flaws are stretch marks that remain, a reminder of a prodigy’s birth. Toxic ideas like 'bad handwriting indicates a genius', 'messy room or desk is the result of a creative brain' are dangerous. Flaws breed in the shadow of quality's spotlight. In the long run, these ideas make individuals blind to their faults, making them less effective.

The concept of ‘ihsān’ is black to this white. Ihsān is to be excellent, make excellence, be beautiful or to beautify something. Making excellence turns into a habit. Dissolving 'sincerity' in actions can wipe out the world's frustrations. Ihsān is not to stop at something because one feels one is good enough or perfectionism frictioning daily lives. It is a struggle to make today better than yesterday. If today is not any better than yesterday, we aren't making any progress.

Merging beauty and mindfulness into routine. Ihsān is awareness. Awareness of what one thinks. A person is able to control thoughts before thoughts control him or her. Regarding worship, the idea of ihsān is to worship Allah as though you see Him. And if you don't, the awareness that He sees you. There is a commonality between a speeding car decelerating on seeing police, a lover fixing his hair in beloved's presence, a friend is dressing up to see a friend or a child returning to her seat upon seeing a teacher. The awareness of being 'seen'. The feeling that we are being observed. Even a small child hesitates before picking his nose when he turns aware of an adult's stare. The concept of ihsān is not only interesting because it is, but if one thinks of it, a person in ihsān thinks of every action of himself or herself as an act of worship. Human beings generally are the most attractive or at their best behaviour when in the presence of a loved one or people they admire. A person in ihsān puts Allah's interest over theirs and is aware of Allah’s gaze all the time. It can be resembled as in the presence of divine CCTV, except that the one gazing, is the most beloved.

What makes it more interesting is that Allah’s gaze is into the heart. So, it is quite impossible for one in ihsān to have any malignant feelings in the heart. Hearts can’t breed anger, pride and jealousy when in the gaze of their beloved. To know, to be aware of something and to be in the love of something is different. Ihsān is also the impeccable love for  God, not wanting anything that disheartens the Beloved.

Taṣawwuf, is a process where one strives to remain in a state of ihsān. People’s understanding of ‘taṣawwuf' is, however, murky. Forehead's wrinkle at the mere mention of the word Sufi. People have misunderstood ‘Sufism’ for green shawls and twirling for music. Sufis are people who have trained themselves to set ‘ihsān’ as their default stage. They stop chasing happiness. For a Sufi, happiness is not material. Not even themselves. They find that happiness is Allah. To be with him. To be able to see him. Having a cool best friend makes us happy. If we find people with positive qualities to spend time with, time never feels wasted. For a Sufi, time with Allah is happiness, and there is no one with better qualities than Allahﷻ. But in a land of candles, the only light bulb will be the ‘one’ with the problem. Mansur al Hallaj's ‘Ana al-Ḥaqq’ was misunderstood and life drained out of him, uniting him with ‘The Ḥaqq’.

The idea is to cleanse the heart of its black spots, elements obscuring the heart's transparency, hindering the reflection of light. A person or an animal won’t stay in a house unfavourable for them. Anything with life wouldn’t. Metaphorizing heart to a house, good thoughts or ideas can’t take form in an unfavourable heart. Goodness won’t enter it. Intentions can only remain pure in a clean heart.

In other words, despite people arguing that Islam and Iman are sufficient to maintain one’s dīn, both Islam and Iman attain completion only in the presence of unadulterated intentions. This is only possible with ihsān.

Striving for ihsān will help us be at our optimum in Iman and Islam. Not increasing the quantity of what you do, but rather increasing it in quality. With quality comes the need for more, eventually increasing deeds in quantity.

However, ihsān isn't the destination people always end up when doing it by themselves. People sometimes aim ihsān without perfecting their Islam and Iman. That's like frosting without the cake.

Surrounding ourselves with people of ihsān and making them a part of our environment is a good idea. Gradually, we will breathe it in. The environment is not restricted to the trees around us, house, social interactions etc. Our phone is part of our environment as well. YouTube feed, Instagram or Facebook homepage, the books we read, the podcasts we listen to, whatever flows from an earphone's head to your head etc. is part of your environment. If we want good stuff coming out of us, we must take good stuff in. Good stuff that flushes the dirt out of you. We can’t have the same input and expect a different output. With a new input, the world is analysed with new data. We start to pay attention to details. We make atomic changes and consistently improve. We will outperform expectations and expect less. We begin to honour objects that are part of our routine. We wouldn’t race digital cars in our office chair when the boss isn’t looking. We wouldn't be slaves to the dopamine rush every 'klink' makes when you earn a point because it's not about the boss. A Greater Power always observes us. Our fingers won’t slide across bright screens when our professor addresses us.

Ibn Abbas (r) was teased for grooming himself before entering his house. When asked, he replied:” I want to look good for my wife as much as I want her to look good for me”. This is ihsān in relationships. The wife quite naturally won’t expect a husband coming after a long day to look good for her. But it is providing people with the best of what you have—wishing for others what one wishes for oneself.

It is not just about the improvements. Motivation lasts longer as well. The difference between doing something for the sake of Allah or for other things, is that any motivation ends, except Allah. Allah does not have the limitations other motivations have. So, a person, working for the sake of Allah will always be in the optimal condition for their productivity. We are also freed from the consequences of people’s compliments. We do not take them personally, even if we consider them. Their negative or positive feedback does not affect us emotionally because they are not our motivation.

As Ribʿiyy Ibn ʿĀmir (r) said, to the ruler he was sent to: We are here to free men from the slavery of men and taking them to the servitude of Allah. To be in Allah's service is the greatest freedom because the subject of our worship is subjective to nothing.