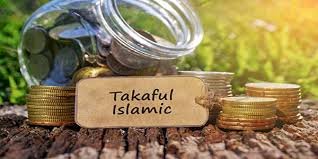 In a conventional insurance system, usually, a single model is followed; the insurance firm will sell policies for pre-determined premium, and the collected premiums will be invested in some assets. The return from the investment will be used for repaying the claims as well as other running expenses. The presence of Riba, Gharar and Maysir made the conventional insurance not compliant with Sharīa rules.  Takāful or Islamic insurance is the Sharīa -compliant version of conventional insurance, and there are five different models for this Islamic financial tool, that are used across the industry. In this article, the brief introduction of these five models will be provided.

The literal meaning of the Arabic word Tʿāwun is cooperation or mutual assistance.  This model is a pure non-profit one; it emphasises the humanitarian aspect of Takāful with little focus on profit creation. The model works in the following manner: a group of individuals will establish a pool of common funds. Each of the participants will contribute according to the risk they oversee in their insured thing. For managing this fund, a group of professionals will voluntarily provide their service without expecting any kind of compensation, and the participants will be the sole owners of the fund. After paying the claims, the surplus will be distributed among the participants in proportion to their contribution. The professionals' major functions will include collecting the fund, investing in sharia-compliant assets, repaying the claims, and distributing the surplus among the participants.

The Arabic word Wakālah means authorisation or representation, and Takāful firm would be considered as an agent (Wakīl) who discharges the duties on behalf of the participants (Muwakkil) in this model. The services of the agent (Wakīl) will be compensated with remuneration (known as Juʿālah), and usually, this would be fixed as the percentage of each participant's contribution. For example; if the Juālah is fixed at 10%, then Wakīl will be eligible to receive 1000 INR from a contribution worth 10000 INR. In this model, Takāful firms will collect the contributions, and the pool of money would be managed at the optimum level by putting on shariah-compliant assets. The insurance claim compensation would be allotted from this pool of money, and the surplus would be distributed among the participants. If there arises a case of deficit, where the Takāful fund runs out of enough money to pay the compensation, the agent will ask the participants to contribute more.

In the practical sense, the contribution of participants would be divided into three parts:

Mudarab is a form of partnership in Islamic business, where two persons will enter into a deal by which one partner will be responsible for the capital while the other will provide the skill and the former will be called Rabb al-māl and the latter will be known as Muḍārib. Both will share the profit in a predetermined ratio. In the Muḍārabah model of Takāful, the Takāful firm will act as Muḍārib, and the firm's compensation will be obtained from the part of the return on the investment that made out of the Takāful money. At the end of the fiscal year,  the leftover, after paying claims, will be considered as the profit, and the Takāful firm will be entitled to its pre-agreed portion just like other participants. For example, if 1000000 INR was collected as the contribution, the Takāful firm will do business on their own capacity or invest in some assets. At the end of the fiscal year, 10000 INR was the net-return from the investment (after paying compensation of insurance claim), and this net return will be shared by the Takāful firm and the participants at a pre-agreed ratio.

Wakālah–Muḍārabah Model is a hybrid model; a combination of Wakālah and Muḍārabah models. In this model, the Takāful firm will act the dual role of Wakīl as well as Muḍārib and will be eligible to draw two kinds of remunerations; JuʿālahnWakālah and profit of Muḍārib. The model works in the following manner: the Takāful firm will collect the contribution and will charge a fee (Juālah Wakālah) and later will do business by using the pool of money or invest it in Sharīa compliant assets. The return from the business or the investment will be used to pay the compensation of insurance claims, and the surplus will be distributed among the participants. The firm will own the pre-agreed portion of the surplus. In a nutshell, this model possesses the traits of both Wakālah and Muḍārabah models.

Waqf,  an Islamic alternative for the 'endowment', is one of the old forms of philanthropy in Islam that dates back to the prophet's period. Hadīth of Haḍrat Umar ( r )  is considered the evidence for this transaction's legality, where the utility of certain things will be confined for the specific causes, and those things will not be put for resale. Wakālah-Muḍārabah- Waqf model is a mixture of three independent concepts. In practice, it resembles Wakālah- Mudarab model and the sole difference is that Takāful fund is considered as Waqf property in this model. The model is functioning in the following manner: Takāful firm constitutes Māl al-Waqf (Waqf fund) and confines its utility for the Takāful purpose. Once a Takāful firm is successful in constituting the Waqf fund, it will invite the public to contribute towards the fund. It will charge the contributors a small fee (Juʿālah Wakālah), and this would usually be a fixed percentage of each individual's contribution. The firm will park these contributions in Sharīa complaint assets, and the return from it would be used for repaying insurance claims. The surplus will be used as per the terms of Waqf; usually, the surplus will be distributed among participants and the Takāful firms. Mufti Taqi Usmani proposes this model as an attempt to escape from the criticisms against other models.

Insurance plays a wonderful role in facilitating the business environment in our economy. The investors and entrepreneurs' morale gets boosted through assured compensation, and thus it has enormous repercussions in the overall economy. The fundamental difference between the conventional and Islamic insurance is the insurance fund's ownership; it is owned by the insurance firm in the conventional system, while it is the participants' own in its Islamic version. Apart from Ta'awuni model, the Takāful firm (Takāful operator) receive remuneration for its services either in the form of Juālah or shared profit for Muḍārib. Wakālah–Muḍārabah-Waqf makes the Takāful system sustainable that last for a long time.