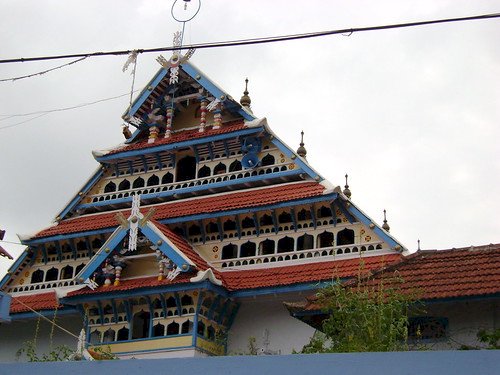 Kerala is a state in the southernmost part of India with apparent exclusive characteristics and socio-cultural significance while comparing with their northern counterparts in India. Though not too much in number, Muslims of Kerala are a distinct segment of society who left a lasting imprint in the mirror of world history.

Academically, origin imprints and impacts of Kerala Sufism are yet to be undergone serious scrutiny and exhaustive research treatment. Majority of scholars who attempted to study Kerala Muslims’ history, progress and transformation have either overlooked or failed to substantially trace the role and contribution of Sufism and Sufi masters in Kerala in detail and depth. The statement of I.H. Qureshi in his well-known historical text, the Muslim communities of Indo- Pakistan Sub Continent, that " the extensive Sufi missionary activity found elsewhere in Indian Islam is not evident in south India."[i]

can be read in the context of this negligence or lack of research with the adequate endeavour. Rolland. E. Miller who did commendable research on Mappila Muslims of Kerala also has not undertaken ample endeavour in his research space to unfold the extent of influence Sufism exerted in the land and mindset of the people there. This can be understood from his comment repeating the words of I. H. Qureshi and setting foot on some self-reached assumptions when he writes in the conclusion of the argument “it may be surmised that Sufi activity was at least a minor element in the process of the community’s growth”.[ii]

Tracing the historical roots of origin and expansion of Sufi elements and thoughts in the typology of Kerala Muslim community does not seem to be an easy task whereas it is a laborious feat due to the lack of keen academic attempt and least endeavour in the past to unfold the rich indigenous sources and due to the unfortunate disappearance or loss of highly relevant many.

By the 12th and 13th century A.D. which witnessed the rise and spread of organized Sufi orders in different areas of Muslim world, as evidences testify, Kerala Muslim milieu had also been able to receive the spirit of the development. It is said that Imam Jeeli, one of the renowned disciples of Shaykh Muhyiddin Abdul Qadir Jeelani, to whom Qadiri Sufi esoteric order is attributed, and the author of well-known Sufi work in Arabic al-Insānul al-Kāmil (The perfect man), had reached Cochin, one of the port cities in Kerala, aiming at the Islamic missionary activities. Since this article aims to shed light on the impact of Sufism on Kerala life, further serious deliberations on the origin and spread of Sufism in Kerala are not included here.

Impact of Sufism on the life pattern of Kerala Muslims

The massive impact of Sufism and Sufi masters is pervasive in the whole walks and levels of Kerala Muslims in particular and Kerala people in general.  It is very interesting to note that even those sections of Muslims who vehemently and avowedly oppose Sufism and Sufi masters have knowingly or unknowingly undergone to some types of Sufi influences and  any intentional effort is not usually taken by them to dispossess such minor or mega elements from their living sphere.

Some for the sake, of example, is furnished below. The increased number of spiritual ceremonies conducted across the length and breadth of Kerala under the strict control of certain pious scholarly leaders is one of the best instances in this regard. Apart from the Nercha and Maqam visitations, Dhikr Halqas and Dua conferences are some finer examples. Mostly each public conference organized by any Sunni organization consists of either a Dhikr Halqa or Dua Sammelan (Dua conference) or sometimes both headed by a saintly scholar. Though the organizers and participants of all such spiritual events might not be approved by Sufi Shaykhs or Sufi Mureeds, the emergence and popularity of which can be safely attributed to certain Sufi orders emerged in Kerala in various periods.

Kerala Muslims hold those people having personal piety and spiritual elevation in high esteem and reverence, whether, they are a Sufi initiator or not about which the historian Kunhali says ‘saints, Sufis and non- Sufis were readily given the honorific title Auliya by Mappilas. They were then considered near ones to God, and befitting treatment of Wali was meted out to them’.[iii] Mainstream Sunni Muslims of Kerala had shown alacrity in ensuring the leading participation of a pious person for the inauguration of any of their new initiatives be it material or spiritual, which can be either directly or indirectly connected with the impact of Sufi spiritual thinking. For various occasions and various events, they had special offerings and special Maqam visitation, and one obvious example can be taken from the various fisher folks of Kerala. Seafaring people and fishermen had a special devotion to certain saints. "Hydros Kutty Moopen of Chavakkat has the position of patron saint of the fisher community of both Muslims and non-Muslims”.[iv]

It is a distinct feature seen in the social structure of Kerala Sunni Muslims that they had pleased to repose their overall leadership in the hands of certain saintly scholars. Ahl al-Bayt members were always held in high esteem not only for the familial greatness which is attached them ultimately through the unbroken chain with Prophet Muhammad (ﷺ) but also for their spiritual highness and charismatic power. All through the ages of the community's survival, a Sayyid or Sufi scholar could be seen at the helm of community, which is a living reality. Kunjali pointing to this fact says "these Sufis both living and dead are also responsible for the communal harmony in Kerala. In their presence family quarrels, property disputes, and political and communal discords were amicably settled. Thousands of disputes of mosques were referred to them for solutions; hundreds of separated couples were united. Their decisions on social and communal problems were reckoned with equal respect by Muslims and non-Muslims, thus averting many a chance of armed conflict."[v] The inherent impact of Sufi spirit is what really caused the realization of such sincere saintly leadership devotion.

Many mosques in various parts of Kerala are named after various Sufi masters like Muhyiddin Abdul Qādir Jīlānī, Shaykhh Rifāʿī, Shaykh Abul Hasan Sahidili etc. which are usually called Muhyiddin Masjid, Rifāʿī Masjid and Shādulī Masjid respectively. The popularity of the name, Muhyiddin which was usually preferred by parents for their newborn baby boy while Rabiʿa for their baby girl also points out to the apparent influence of Sufi masters in Kerala Muslims' lives.

Rabīʿ al-Awwal, the Arabic month in which the prophet Muhammad (ﷺ) was born is a month of soaring spiritual festivity in Kerala. Mawlid recitation both in homes and mosques, festive processions loudly chanting the hymns and praises of the Prophet (ﷺ) ensuring a larger number of people irrespective of various age groups conducted by various mosque and Madrasa committees, many days long public sermon programmes, various types of art fest etc. are the main celebration items of this special month-long ceremonious occasion. The months in which the demise of various world-known Sufi masters are also observed with great piety and devotion. The participation of the Sunni Muslim community and even non-Muslims in these types of ceremonial programmes is a usual scene.

Apart from all these, classical Tasawwuf texts along with local scholar's works had a prominent place in the religious syllabi of Kerala Muslims. From the primary level until higher education level suitable texts were prescribed and taught with care and vigilance in ‘Othu palli’, the primary religious study centre and ‘Palli Darse’, the religious higher education centre.[vi] When Othupalli and Palli Darse systems of education gave way to Madrasas and Arabic colleges, these texts never lost their earlier importance which also indicates the Sufi mindedness of Kerala Muslims realized as part of the enormous effect various Sufi leaders wielded in the living pattern of them.

To sum up, Sufism in Kerala has been a living reality since the very initial time and its strong impact is visible either explicitly or implicitly on the whole realms of Kerala Muslims' life. At length, Sufism's influence can be read out from each and every aspect of Kerala Muslims' living, be it private or public, individual or collective, social or cultural, etc.

[vi] For enough details regarding the syllabi of Kerala Muslim’s religious education and the Tasawwuf texts’ important role in it, look the unpublished Ph.D. these of K. Zubair, the religious higher education and the making of modern Ulama; and analytical study. (JNU, New Delhi, 2010)