“Every Soul will Taste Death” 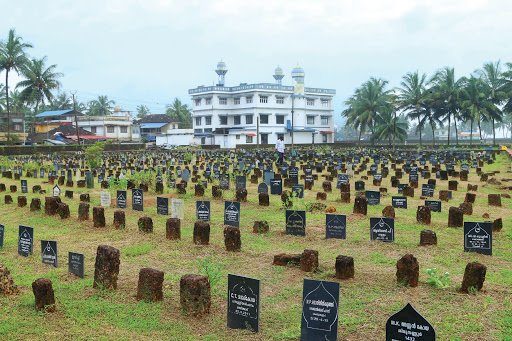 Death is a person's separation from life and a transitional stage between life in this world and the afterlife. Believers in God believe that a living person is inhabited by a spirit from the command of God Almighty, and this spirit is what keeps the body alive. According to Islam, when the deadline of human being determined by Allah comes to its end, ʿAzrā’īl, the angel of death, will take the soul off the body. “Say: The Angel of Death, put in charge of you, will (duly) take your souls: then shall ye be brought back to your Lord” (Q. 32:11). The angel of death is the angel that God Almighty has assigned to seize human souls, and the angel of death has assistants who help him seize and remove the soul.

Human being’s life has a beginning, which is the breathing of the soul into his body, where everyone is happy to receive him, and its end is the exit of this soul from his body, once again, where everyone is sad and weeping over his separation. None of us knows the truth of the soul and its essence except its Creator, for it is a wonderful and great secret. Once it comes out of the body, he becomes a corpse. “And they ask you, [O Muhammad], about the soul. Say, ‘The soul is of the affair of my Lord. And mankind has not been given of knowledge except a little” (Q. 17:85).

The prophet Muhammad (ﷺ) repeatedly encouraged his companions to think about death and make preparation for it. Prophet (ﷺ) says: “increase in remembrance of the severer of pleasures (meaning death)” (Tirmidhī: 2307). Instead of mentioning the time to think, he says: "Be in this world as though you were a stranger or a wayfarer" (al-Bukharī: 6053). The followers had done as the Prophet (ﷺ) ordered. The best example can be seen in the life of Abdullah ibn ʿUmar (may Allah be pleased with him), he used to say, “In the evening do not expect [to live until] the morning, and in the morning do not expect [to live until] the evening. Take [advantage of] your health before times of sickness, and [take advantage of] your life before your death." Thus a believer's life would be good and moral like the religion advises to be because his entire thought is about death, and he should be prepared to die at any moment.

According to Islamic belief, the angel of death comes to the believer in a good way. With him the angels of mercy white-faced, with them shrouds and embalms of heaven, they sit as far as the eyes can see. The angel of death comes and sits at his head and says: O so-and-so, I preach God's approval for you, and he sees his status in heaven, then the angel of death says to him, O kind soul, go out to Allah's forgiveness and satisfaction. Almighty God says: “Those whose lives the angels take while they are in a pious state saying (to them) ‘Salāmun `Alaikum (peace be on you!). Enter Paradise because of what (good) you used to do (in the world)” (Q. 16:32).

The angel of death comes to the unbeliever in another form. With him the angels of torment blackened faces, with shrouds and emotions of fire, then the angel of death comes and sits at his head, preaching to him God's wrath on him, and seeing his status from the fire, and the angel of death says to him: Get out, you wicked soul, preach with indignation from God’s angry. “And if you could see when the angels take away the souls of those who disbelieve (at death); they smite their faces and their backs, saying to them, Taste the punishment of the blazing Fire.” (Q. 8:50)

Death for a believer is not evil in any way, rather it is a station between two lives, and if a person is true to his Lord, then he should expect a life that is much more pleasant than his life on earth. Therefore whoever has faith and certainty is great - we ask God that - then he no longer fears death absolutely because he is satisfied that what comes after it will be good for him. So death is not an absolute end, but rather an exit for the soul to its Creator. Henceforth, the soul remains in a life different from the life that we are familiar with, and it is called the Barzakhiyah life. As for the body, it is a vessel for that soul. The body begins to lose heat slowly until it becomes cold without heat, and when the body is placed under the dust, it usually decomposes.

No one could know what would happen after death and the seizure of the soul; because no one has died and told others about the matters that he saw after death. So there were many questions about death, horror, the grave and its calculation, and what will happen after a person dies. These are questions that God Almighty has answered in the Qur’an, and the Messenger (ﷺ) with his hadiths. Death is an undeniable fact, and there is no dispute about it. "And the stupor of death will come in truth; that is what you were trying to escape" (Q50:19).

Death does not differentiate when it's time comes between old and young, between a guard and a minister, nor between rich and poor, not between a man and a woman. "Every soul will taste death. And We test you ‘O humanity’ with good and evil as a trial, then to Us you will all be returned” (Q. 21:35).