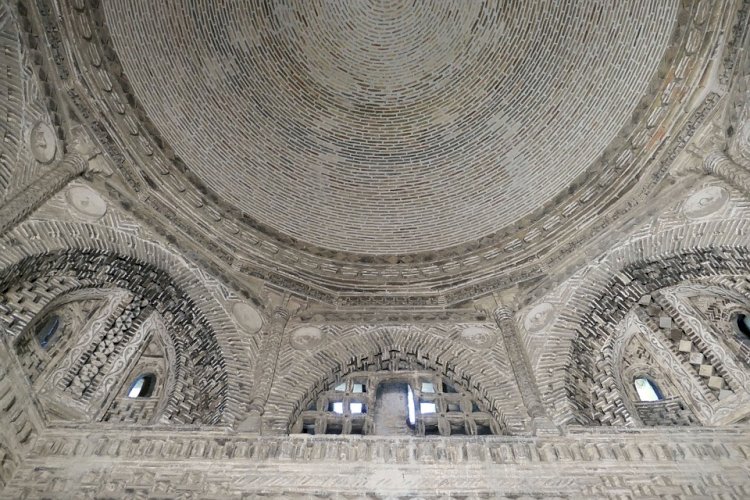 Death marks the end of physical life on the earth, while simultaneously opening the door to the endless life hereafter. Soon after death, the physical body of believers is buried with utmost reverence in a specially dug place on the earth called Qabr. It keeps nothing but the dead with white cloths. To put it metaphorically, the afterlife is an infinite journey during which Qabr comes as the first station; a comfortable place of resting for some and a horrible place of questioning, interrogation and punishment for many.

As for a non-believer, innumerable punishments are waiting for him in Qabr. They start at the very first moment when he is put into it; the two sides of Qabr would come close together in a way which would break his ribs and chest, whereas a true believer would be received by Qabr by moving into its two sides to give him a huge space to lie. This will be the first blessing a true believer enjoys in Qabr.

One of the most important and initial events in Qabr is the interrogation process by two of Allah’s Angels (Al-Malaikah) named Munkar and Nakeer. No one is going to escape from it. They would ask about Allah, his Messenger, about the Qibla and the Qur'an. Prophet Muhammad (PBUH) says: 'if a true believer is asked to sit and take the witness that 'there is no God but Allah and Muhammad is his messenger' they would do it.[i] The physical features and forms of the angels will depend upon the person in Qabr. While being so horrible and terrifying for non-believers, they will appear like humble human beings for true believers.

Prophet Muhammad (PBUH) says: ‘if you need not bury the dead in Qabr I would have prayed Allah to hear you the chaos and cries from it due to punishment’[ii]. One day Prophet Muhammed (PBUH) was walking by two graves. He then said to his companions: “These two suffer from punishments though not due to big sins; the first was spreading gossip and the other used not to clean well after peeing. Thereafter he took a piece of wet wood and broke it into two and then planted them upon the graves saying: “Allah may decrease the intensity of sin as long as the wood does not get dry”.[iii] This prophetic tradition bears testimony to the horrors in Qabr. During many occasions, the prophet Muhammad (PBUH) taught people to ask and he himself asked to get Allah’s blessing of being away from the punishments in Qabr.[iv]

Prophet Muhammad (PBUH) says a good deed would come like a person well dressed and good looking. Seeing him, the one in Qabr will ask who you are. Then that person would reply; 'I am your good deeds'[v]. This Hadith describes that if a person dies with good deeds, he can enjoy them in Qabr in the form of a companion and friend. A non-believer, on the other hand, will be bitten by ninety-nine snakes, as stated in a Prophetic tradition.

Uthman (R) used to cry while standing near a grave until his beard would get wet completely. Someone asked him: You mention Hell and Heaven but won't cry, and why do you cry while seeing the grave? He replied: "The Prophet (PBUH) said: 'The Grave is the first station after death; if someone wins in it, all the rest becomes easier and if not, the rest becomes tougher'." And the prophet Muhammad (PBUH)  has said: "Worst scenery ever I have  seen was the horrible punishments in the grave"[viii]. What is remarkable from this tradition is that if Uthman (R), whose unshakeable belief in Islam is well known, feared from the punishments in grave how much we should fear them.

Shah Waliyullah al-Dahlawi[ix] employs the hadiths of the incidents in Qabr to propose the theory of ‘Alam al-Mithal’ (the world of archetypes) which states that everything in the world, including abstract entities, has its corresponding reality in another world.[x] His exposition is useful to clear many doubts regarding various forms of rewards and punishments in Qabr.  As explaining the tradition of ninety nine snakes, al-Dahlawi says: There are three possible ways of reading this Tradition; the first is to read it in its literal terms of having 99 snakes exactly; the second is to read it as appearing in front of the concerned person though it has no existence out of his perception and finally to read as a symbolic expression.[xi] Al-Dahlawi gives weight to the first view.

A question arises now as to why people are not able to see and witness such a situation in the grave if it occurs therein. The answer is pretty simple; Afterlife and its various stages are not part of this world but, of Alam al-Malakut. The human beings’ power related to his five senses is limited throughout his life in the physical world. Once dead, he gets powerful senses enough to see and experience Alam al-Malakut. It is similar to the visit of Jibril to the Prophet (PBUH). The latter was able to see and talk to Jibril, while his companions did not experience it at all. An example of the dream is remarkable here; a person's dreams and experiences in it of both happiness and horrors are never known to others even to the one who is lying near. Likewise, the punishments and blessings in Qabr are not perceptible for a simple human being.[xii] Therefore, it is illogical to have such doubts in mind. Ibn Abi al-Uzz[xiii]says: “There are a number of Prophetic traditions and Quranic verses about the punishment and blessings in Grave. Therefore, it is essential to believe in them. We cannot explain exactly their form because it has no relation with earthly life and no mind can grasp it entirely.”[xiv]

[ix] was born on 21 February 1703 to Shah Abdur Rahim, a prominent Islamic scholar of Delhi. He was known as Shah Walliullah because of his piety. He memorized the Qur'an by the age of seven. Soon thereafter, he mastered Arabic and Persian letters. He was married at fourteen. By sixteen he had completed the standard curriculum of Hanafi law, theology, geometry, arithmetic and logic.

[xiii] A hanafi Scholar of fourteenth century, well for having written a commentary on AL Thahawi’s AL Aqidah al Thahawiya.

(Aashiq Kalikavu is Graduated from the dept. of Aqeeda and philosophy, Darul Huda Islamic University and Completed Bachelor’s in English Literature from Jamia Milliyya Islamiyya)