Fear versus Fear: Reality of Fear of Corona 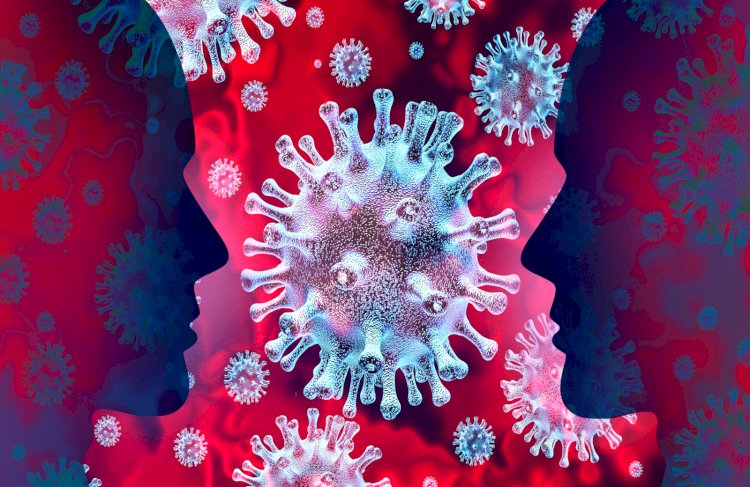 We all are still suffering from COVID-19 and its new form. It seems everyone is going through a condition of fear. Fear of death, loss of business, loss of peace. COVID-19 has affected different people in different ways, and its impact on the world's economies and asset markets could be seen. The impact is obvious; therefore, we accept it and fear it. Fear is a part of human nature. We are afraid of law but still go against the law because we do not see it's immediate impacts. There is hardly anyone who does not fear.

Despite this fact, there are many people who do not realize the fact of fear and most of the time become fearless. Thousands of people around the world who are involved in financial scandals and bribery do not fear the law. The brutal rulers who heartlessly kill thousands of people for their political interest do not fear. A good number of people at top posts as authorities, administrators, executive officers, politicians and anchors tell hundreds of lies repeatedly but do not fear. They do not fear what will happen to them after death.

The question here is: then why the fear of Covid-19 and fall of economies? We always remember immediate implications and overlook other unknown repercussions.

Everyone is cautious of it and wants to protect himself/herself from its deadly attack. If this is the reality of our life, then the question arises: if anyone so powerful and authoritative causes fatalities and destruction to the natural environment and earth can or should be spared because no one can question him in this world in this life. I think our rationality and scientific consciousness demand that everyone must be subject to the rule of law, reward, and punishment; he/she may be so powerful or authoritative but must be subject to the rule of law. He/she must be checked and rewarded or punished according to law.

Our world is full of weapons, hundreds and thousands of people are being killed without any legal provision. Weak people are treated badly and ruthlessly. They need justice, and justice must be done and seen by ONE WHO is capable of doing justice. Here come the voices of none other than the Ruler of the Day of Justice. He introduces Himself as "the Lord of the entire Universe, the Most Merciful, the Most Compassionate; the Master of the Day of Judgement and Recompense".

The Lord of the entire universe did not hide anything from people. They were informed about the reality and truth of the Lord and our fate. It is made clear in the Quran that Allah alone is All-Mighty, All-Powerful, All-Wise, All-Knowing, All-Hearing, All-Seeing, All-Aware:

“Judgement lies with Allah alone. He declares the Truth, and He is the best Judge [6:57]”.

“He knows all that lies beyond the reach of human perception as well as all that is visible to people. He is the All-Wise, the All-Aware [6:73]”.

“It is He Who created you out of a single being and appointed for each of you a time-limit and a resting place. We have indeed spelt out Our signs for those who can understand [6:98]”.

Tell them, [O Prophet]: “Did you consider [what would be your end] if this Quran were indeed from Allah and yet you rejected it? …while you waxed arrogant. Verily Allah does not guide such wrongdoers to the Right Way” [46: 10].

Tell them, [O Prophet]: “Did you ever consider: if this Quran is indeed from Allah and you still deny it, who can be in greater error than he who goes far in fiercely opposing it” [41: 52].

We are informed clearly beyond any doubt using powerful rational arguments and empirical and historical evidence that soon Allah would show us His Signs on the horizons and in our own beings. Soon everything would become clear to us that life after death is not storytelling or myth but an absolute Truth and Reality [41: 43]. Therefore, we are asked just to imagine what would happen to us on the Day of Judgement [in the Hereafter] when all people of the past, present and future would be gathered to face the Judgement then our ears, our eyes, and our skins would be asked to give witness against ourselves, stating all that whatever we had done in the life of the world [41: 19-20].

Allah says in the Quran, no doubt, in this world to most of us it may appear as illusory, but it would happen in reality and our skins would give witness against ourselves then we would ask our skins: “Why did you bear witness against us?”. The skins will reply: “Allah gave us speech, as He gave speech to all others” [41: 21]. The skins of our bodies would say and confirm that it was Allah Who had created us and showed us the RIGHT WAY OF LIFE, but we did not follow that right way of life. It is Allah Who created for the first time the entire creation, and it is to Him that we would be sent back [again He would create us in the Hereafter] [41: 21]. There in the Hereafter, we would realize that we used to conceal ourselves while committing misdeeds and sins but never thought that our ears and eyes and skins would ever bear witness against us; we rather fancied that Allah does not know a great deal of what we do [41:23]. This thought of ours about our Lord has led us to our perdition, and we have become among the losers [41:24]. Allah did not hide anything. He declared everything:

…To Us is their return and then We shall inform them of all that they did. Surely Allah knows well even the secrets that are hidden in the breasts [of people] [31: 23].

We allow them to enjoy themselves a while in the world, and then We shall drive them in utter helplessness to a harsh chastisement [31: 24].

The creation of all of us in the Hereafter again after death or to resurrect all of us is to Him like creating or resurrecting a single person. Verily Allah is All-Hearing, All-Seeing [31: 28]. We therefore must think and fear Him:

O people, fear [the wrath] of your Lord, and dread the Day [Day of resurrection] when no father will stand for his child, nor any child stand for his father. Surely Allah’s promise is true. So, let the life of this world not beguile you, nor let the Deluder delude you about Allah [31: 33].

The more serious admonition is made here again for our reflection. On the Day of Judgement, when we will see the nature of punishment, we would cry. This psychology of ours is expressed here in the Quran:

If the wrongdoers possessed the treasures of the earth in their entirety and as such besides, they would gladly offer it on the Day of Resurrection to redeem themselves from the harrowing chastisement. This because there will appear to them from Allah something [exceedingly dismal which] they had never even imagined [38: 47].

Surely Allah alone has the knowledge of the Hour. It is He Who sends down the rain and knows what is in the wombs, although no person knows what he will earn tomorrow, nor does he know in which land he will die. Indeed, Allah is All-Knowing, All-Aware [31: 34].