The Need to Turn Towards Allah (ﷻ) 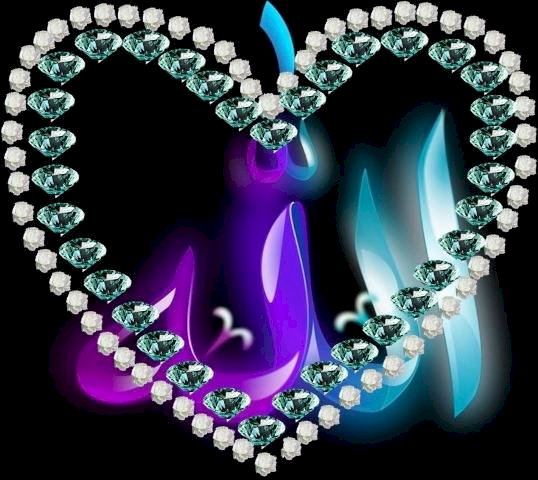 The existence of Allah SWT is not a myth or a dogma or a blind faith. It is the manifestation of the truth and reality of this world. Allah SWT can be observed and seen in the creation of the entire universe. Everything in this world, their beauty, and the system which exists in them bear witness to this fact that the existence of Allah SWT is the Absolute Truth and Reality. It does not require any false belief. Our faculties of reason and sense-perception, our intuition and inspiration are sufficient to bear witness to the fact that Allah's existence is true and beyond any doubt.

Unfortunately, people to whom Allah SWT granted the faculties of reason, sense-perception, intuition and inspiration have shut down their faculties due to enmity, jealous, hate, ignorance and arrogance, and worship things other than Allah SWT, the Most Magnificent and the Most Merciful.

Every one of us observes that the cattle do not know whether they are being driven towards a pasture or a slaughterhouse. The same is true in the case of most people: they continue moving ahead under the influence of the Satanic forces, desires, whims and superstitions within them and work under the influence of their leaders, saints and philosophers. They think all these people want to guide them to the path of success.

Due to lack of true, authentic and universal knowledge and a profound perception of truth and reality, people worship animals, stones and human beings. So, they do not take an interest to know whether they are being driven towards their success or destruction. Woe to such people, unlike the cattle they have been endowed with reason and the ability to think and judge for themselves. Hence, their state is worse than that of cattle.

For any seeker of the truth, a man of intellect and sense-perception, just a glance over any aspect of the universe such as vegetation on the earth is sufficient to understand and differentiate between the true perception of God and the false one. The same is applicable to our belief in God. However, we do not know with certainty, authenticity and truthfulness whether our belief in God is in true God or not.

The modern dominant view of God as expounded by modern philosophers or the historical view of religion and God from a sociological perspective does not reflect the true view of God and its creation and thus deny its spirituality. Although, we see many varieties of empirical evidence that confirm the hand of the Creator in the creation of this world. Just look at the variety and abundance of vegetation on the earth which are supported by various constituent elements and factors for its growth, and the laws of nature under which all this happens. Additionally, there is a perfect harmony between this growth of vegetation and the countless needs and demands of all creatures in the presence of which only unconscious people can say that this Universe is a self-created phenomenon or the product of some unseen natural causes which is devoid of the spirituality, wisdom, knowledge, power and design of an All-Wise, All-Knowing, All-Mighty, All-Powerful Creator – Allah SWT.

Throughout history, and in societies across the world, leaders and thinkers have developed some idea of God and its symbols and traditions. Some forms and views of God are found everywhere in every known culture, and it is usually worshipped. The idea of God includes feats and festivals, intercession with God or gods, meditation or initiation, sacrifice or service to Him. At the same time, some people think of a religious God as something individual because religious beliefs are considered as highly being personal. The idea, in one form or other, of a supreme being, ever existed until the modern period. During the modern time under the influence of modern philosophical thought, many people developed the ideology of atheism and became atheist.

In recent decades, the experts of the sociology of religion have argued that the idea of God and religion has once again reappeared on the scene. Different types of gods have been identified and are being worshipped. Against this background of our time and situation, we, as people of intellect and sense perception, need to rethink and understand from the ethical point of view the truth and reality of God.

In this context, when we look into the Quran, find some interesting statements which are not made by the human mind but by God Himself.  They are the result of God's own knowledge. In other words, whatever is presented in the Quran that is only knowledge- true, authentic and universal! Not a single statement is based on philosophical speculation and metaphysical conjecture.  According to the Quran, one of the proper names of God in the Arabic language is Allah SWT Who is the Creator of the entire universe.

The name Allah itself is proof of His existence. The name Allah is derived from Ilah which comes from the root ‘lah’. According to Maulana Azad, ‘lah’ is ‘an ejaculation expressive of wonder or helplessness’. If we reflect upon the meaning of the Arabic word Allah, we casually express our sense of wonder. Our wonder increases in intensity as we continue our reflection upon it. Eventually, we find there is no end to our thinking and wondering about the Power of Allah SWT. Hence, the Prophet Muhammad (ﷺ) was asked by Allah SWT to tell the people:

The truth and reality of Allah SWT is that He is the Ever-Living, the Self-Subsisting, Supreme but unseen Being by Whom all subsist. Hence, we conclude there is no god but He. Allah SWT says:

He knows what lies before them and what is hidden from them, whereas they cannot attain to anything of His knowledge save what He wills them to attain.

His Dominion overspreads the heavens and the earth, and their upholding wearies Him not. He is All-High, All-Glorious [see, 2: 255]

It is further claimed but repeatedly by Allah SWT in the Quran:

All that is in the heavens and the earth extols the glory of Allah. He is the Most Mighty, the Most Wise [57: 1].

The truth and reality is that everything belongs to Allah SWT

His is the dominion of the heavens and the earth. He gives life and causes death, and He has power over everything [57: 2].

He is the First and the Last, and the Manifest and the Hidden, and He has knowledge of everything [57: 3].

His is the dominion of the heavens and the earth, and to Him are all matters referred - for judgement - [57: 5].

One day by the Command of Allah SWT

So, we need to realize and remember that:

“He is Allah, the One, and Unique, Allah Who is in need of none and of Whom all are in need; He neither begot any nor was He begotten, and none is comparable to Him” [112: 1-4].

If we are truthful in our understanding that we are rational beings, then we need to think and ponder over the above-mentioned statements of the Quran and reach into the right conclusion. We need to assess our thinking and actions. Are they in line with the truth and reality of Allah SWT or going against it?

Everyone needs to realize the existence of Allah SWT and surrender and submit to Him. We all are bound to return to Him, by nature of our existence, whether we like it or not. We are mortal, and He is immortal. The Rule of Law about which we all think is vital in life and society demands that we must return to Allah SWT and give the account of our life and enjoy justice.