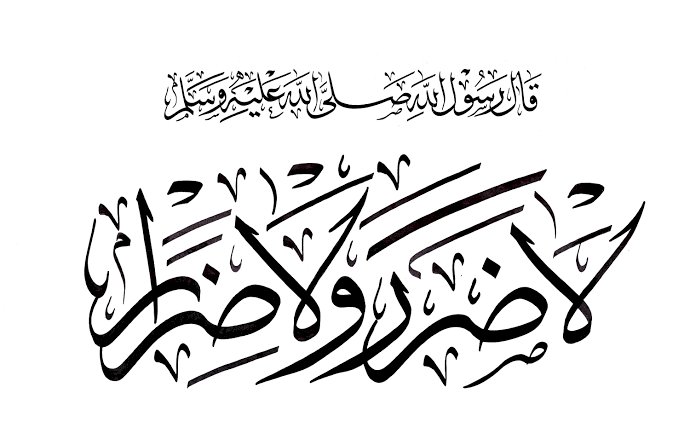 The greater harm should be prevented by committing the lesser harm

This maxim has been coined using many different phrases. Some of them are as follows:

Although these maxims are different in their wording, they convey the same meaning. According to this maxim, if a person is faced with choosing between two equal harms, he is free to choose between them. If they are not similar in their severity, committing the lesser harm to prevent the greater harm is religiously binding.[6] Abū Ḥāmid al-Ghazālī observed that in certain circumstances the degree of severity of the greater harm entails committing the lesser harm obligatory. For example, if consuming alcohol becomes the only way to save someone’s life, consuming it becomes obligatory in that situation.[7]

An incident that transpired during the life of the Prophet sheds light on the application of this maxim. A Bedouin urinated in the mosque of the Prophet, which angered the companions and they severely reprimanded him. The Prophet however said to them, “Do not put a halt to his urinating, but instead leave him”.[8] Afterwards, the Prophet ordered that a bucket of water be poured over the urinated area. Commenting on this incident, al-Nawawī remarked that the Prophet’s actions prevented the occurrence of a bigger harm by permitting a lesser harm. 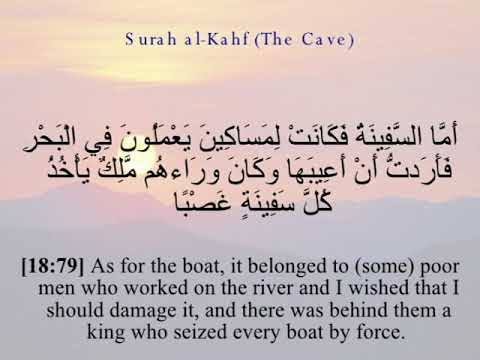 In the story of the Prophet Musa with Khiḍr, which is narrated in chapter of al-kahf, portrays some models on prevention of greater harm compromising the lower harm. Khiḍr made a hole in boat in order to protect the people form an unjust king who used to seize on every good boat and he saved their wealth from being looted (the Quran, al-Kahf: 79). Likewise, Khiḍr slew a boy in order to protect his parents, who were believers, “from bitter grief upon them by [his] overweening wickedness and denial of all truth” (the Quran, al-Kahf: 80). Among others, the second incident exposes that injury upon true faith outweighs the injury upon human life.[10]

Dumping people’s property in the sea while aboard a ship is permitted if they are deemed harmful to the lives of the people in the ship although it is harmful to the aspect of protection of property which is one among the ‘needs’. Joining the military is deemed necessary if the country needs to be protected from adversaries, even though it can inflict harms to the body and the person’s family, since the attainment of public benefits takes precedence over the attainment of private benefits. If dangers are inflicted on the ḍarūriyyāt, the harms to the religion are prevented by permitting harms to the body and wealth, and harms to wealth are tolerated to prevent harms to the body.

Within the category of essentials, the order of preference for preventing harm among them is religion, body, progeny, intellect and wealth. Inflicting harms on the life of a human being is a relatively bigger harm than the harms caused by the severing of a severely infectious organ. Therefore, committing one of the lesser harms is permitted to prevent harms to the life of a human being.[11]

Click here for the third part : sub maxims related to the elimination of harm after occurrence - part three

The law of repudiation permits harm to the perpetrator to prevent the infliction of the greater harm of the perpetrator harming the public safety. In the event of the death of the mother during childbirth, operating on her is permitted if it can result in saving the foetus’ life.[12] If a person’s life is threatened and he is forced to choose between being killed and jumping off the cliff from the top of a mountain, according to Abū Ḥanīfah, he/she has the freedom to choose between the two.

However, according to Muḥammad and Abū Yūsuf, he should not jump because it is similar to committing suicide and a Muslim is not allowed to choose to kill himself/herself. The second opinion seems to be more in line with promoting maṣlaḥah, putting trust in Allah, and because it does not bear any resemblance to suicide.

Magnitude of harm is further divided as major harm and minor harm. The minor risks are acceptable because they are zero-like risk if one in million. The risk is tolerated if the probable outcomes are more beneficial, as in the case of surgeries the pains and expenses are justified by the big benefit of relief from severe diseases.

Personal injury should be incurred to prevent general injury

This maxim (yutahammal al-ḍarar al-Khāṣṣ li al-dafʿ al-ḍarar al-ʿāmm[13]) means that inflicting private harms to prevent public harms is permitted. It reflects the concern of the Sharīʿah for protection the best interests of the public. Here public refers to the wider community or a large group of people while private refers to a single individual or a small group of people. This maxim is relevant to the maqāṣid theory that states that public benefit takes precedence over private benefit.[14] Furthermore, secular theories also acknowledge the preponderance of public benefit in contrast to the private benefit, in line with the maxim “no one shall be deprived of his possessions except in the public interest.”

When harms are imposed on a private stakeholder to prevent harms to the public, it should be noted that if the harm is of a permanent nature and is not transient, that individual needs to be given due compensation in lieu.[15] According to al-Shāṭibī, if the land of a person was taken over for the benefit of the public, such as being used to construct a masjid, then he/she must be compensated with another land or with an appropriate amount of money. Using his land without compensating him inflicts harms on him, which is prohibited.[16] 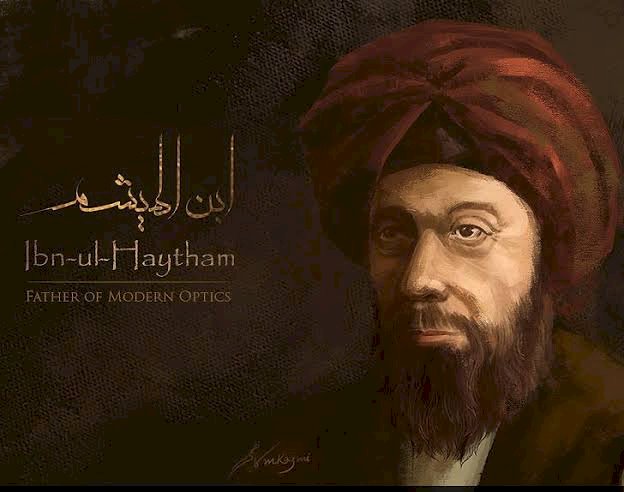 The legality of many deterrent punishments in the Islamic penal code stems from the prevention and elimination of public harms. The majority of the public benefits from the implementation of the Islamic penal code, though at times it may inflict harms on private entities. The ḥadīth “no one hoards but a sinner”[17] illustrates the gravity of the harm in hoarding that inflicts the public interest. Al-Nawawī reiterated that hoarding is prohibited in the light of the benefit for the public.[18] Moreover, at times, people are barred from enjoying some of their private rights due to the harms they cause to the public. It is for this reason that the Prophet prohibited Abu al-Haitham from slaughtering a pregnant goat on the account of the benefit for the public by being kept it alive.[19]

Many prophetic traditions point to the application of this maxim. For instance, the Prophet says in a ḥadīth, “Whoever eats garlic or onion, let him not come near our mosque for angels are offended by the same things that offend the sons of Adam”.[20] Although the bad odor caused by eating garlic is not a significant harm, the fact that the Sharīʿah took steps to prevent it from irritating others highlights the concern it has for upholding the public interest.

The jurists have derived two maxims from the above ḥadith. The first is the prevention of the harm before its occurrence by prohibiting those who eat garlic to come to the masjid to prevent irritation from their bad breath to other worshippers. The second is permitting the private harm of depriving a person the reward of congregational prayer to prevent the public harm of the worshippers being irritated from his/her bad breath.

Based on this maxim, unqualified doctor, ineligible jurists and magicians are blocked from doing their jobs because they are placing the public at stake though they personally benefit by their works.[21]  This maxim requires the agents to weigh two harms and their consequences and remove severe harm to preserve better interests. Based on this maxim, the interest of society is capable of overriding the individual interest. Therefore, biomedical issues, dangerous researches on human subject are sometimes allowed if their potential benefits to the society outweigh the individual risks.