Islamic Feminism: Only Pride and No Prejudice 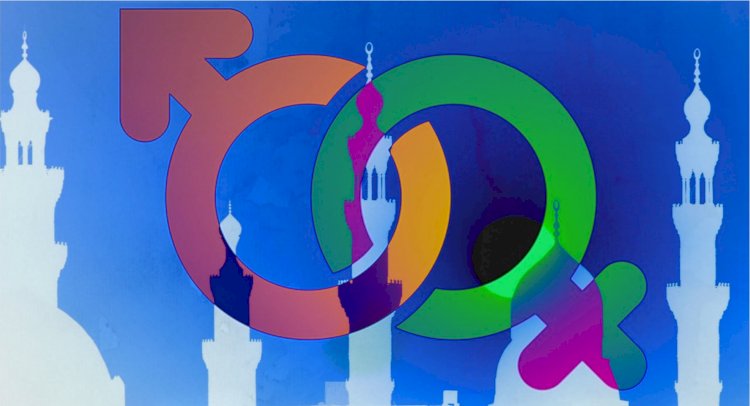 “And for women are rights over men similar to those of men over women.” (Qur’an, 2: 228). Islam etymologically means 'peace' and hence, since its emergence, it is trying to spread the same. Islamic Renaissance laid down the foundation for many 'firsts' in the world. It proved to be path-breaking in recognizing minority rights, women's property rights, right to education, laws for marriage, inheritance, divorce, maintenance, etc. against all the odds. Moreover, the first person who accepted Islam after Prophet Muhammad (SAW) was a woman, his lineage was also continued through a woman, and the first person to be entrusted with the written Qur'an after the death of Umar ibn Al-Khattab was a woman. In itself, Islam was a first step towards reformation; from the state of Aiyyam-e-Jahiliya to a civilized nation.

Islam acted no less than a catalyst in uplifting women's status and raising their standards by breaking the shackles of household chores. Rather, It set them free to explore the world around them with their eyes wide open. Prophet Muhammad (SAW), the beacon of Islamic guidance, prohibited female infanticide and encouraged concepts unheard of before like widow remarriage and women enfranchisement to ensure equality among all the beings. In his time, the women attained the whole personhood. They were entrusted with many socio-political, economic and legal rights and duties. They were allowed to enter into a contract, own an enterprise, and earn to become financially independent. Their Lord responded to them: “I never fail to reward any worker among you for any work you do, be you male or female – each of you is from the same essence.” (Qur’an, 3: 195)

The contour of Islamic Feminism owing its origin to the Holy Quran and Ahadith is free from all the worldly prejudices. The Al- Mutakabbir has designed Islamic rules in a way that at one place Jannah lies under the feet of one’s mother, so at the other, one’s wife completes half of his deen. Prophet (SAW)’s family itself was an epitome of perfected womanhood. His love for his daughters (sought as unwarranted back then) stunned many.  His wife, Khadija (RA) was a wealthy businesswoman and trader, who supported him both morally and financially; Aisha bint Abu Bakr (RA), a great jurist and scholar, transmitted expanses of knowledge from him; Ummu Salma (RA)’s counsel was accepted by the Prophet himself, at the time of the treaty of Hudaibiyyah; a lady named Ummu Kulsoom bint Ali, was sent on a diplomatic mission to Rome during the Caliphate of Hazrat Usman (RA) and to everyone’s surprise parentage of Prophet Isa was recognized from his mother, remaining her being unmarried.

Islam provides that a girl can’t be married off to a person without her consent. She has an absolute right to take Khula if she reaches a stage to use it with adequate reasons in her post-marriage life. She has a right to receive Mahr (dower) from her husband at the time of marriage.  She enjoys absolute control over her marriage gifts. She is a Quranic heir in her father's, husband's and son’s properties. Prophet (SAW) in his last sermon stated: “Observe your duty to Allah in respect to the women, and treat them well.” In every sphere of life, women are equivalent to men. The purpose of our creation is the same, our duties divided and rights recognized. “The believers, men and women, are helpers, supporters, friends and protectors of one another, they enjoin all that is good, and forbid all that is evil, they offer their prayers perfectly, and give Zakah (obligatory charity) and obey Allah and His Messenger. Allah will bestow Mercy on them. Surely Allah is All-Mighty, All-Wise.” (Qur’an, 9: 71). The fault lies completely within us when even a scientifically proven fact that men and women differ biologically astounds us. We fail to understand that women and men are designed to complement each other but not to contradict. That’s where the difference between equity and equality comes into play.

When Islam guarantees such privileges and immunities to women, why is their condition still deplorable in our community? The reason can be manifold like the outgrowth of multiculturalism, ethnic influences, geographical distribution, and climatic diversities.  The societal norms of taking huge dowry and overburdening bride’s family for throwing grand wedding parties, have also taken Muslims in their loop, despite Islam strictly opposing these malpractices. Families do not care much about educating their daughters and force them to marry against their will. There is a stereotypical view that an aged girl isn't fit for marriage whereas our Prophet Muhammad (SAW) himself got married to Hazrat Khadija who was 15 years older than him. Vilifying and harassing the girls in the name of dowry is too usual.

The simple rationale is that if the women in Islam are entitled to such rights, honour and privileges, they must also strive harder to retain the same. They must also try to fulfil their divine duties; duties towards the Almighty, family, society and nation. They are also required to treat their male counterparts with utmost respect and cooperation. Although Islamic law absolves the daughter-in-law from taking care of her in-laws so that she can nurture her children in a better way yet her alacrity to do so in order to help her husband (on whom it is farz to take care of his parents) and to represent as a good Muslimah would fetch her innumerable rewards too. Moreover, the often-debated issue of 'chastity' of Muslim women in the public domain is a 'hoax' as chastity and righteousness are the devout duties of both men and women. Abuses against women in the name of culture and through ignorance do not represent Islam. In fact, there are also no defined gender roles in Islam. All these have been created by a set of people to rule over other sects of people. Women, in Islam, enjoy very high status and are already empowered. Instead, they have been rendered with the obligation to empower their male counterparts so that their tasks can be eased out in this world, and they may find abode in Jannah. All the above-stated facts teach us that we must not commensurate with some alien thoughts establishing that Islam oppresses women or hinders their development.