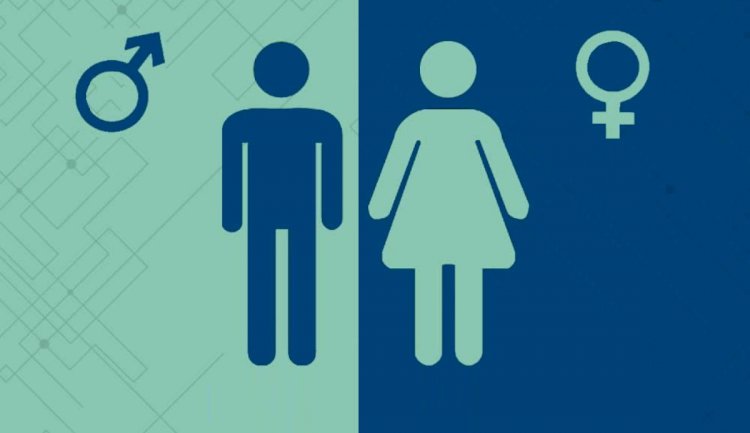 A plethora of problematic gender issues are currently daunting Islamic ideology by misinterpretations. Verily, Islam's rich tradition of scriptural guidance on equality between the sexes and enriching women rights has commonly been in practice within Muslim societies from the inception of Islam. Religious texts of Islam define the parameter of relationship between gender and Islam.

In the Islamic perspective on gender equality, the Quran emphasizes that  men and women are both servants, caliphs, accept the primordial  agreement, actively involved in cosmic dramas (Adam and Eve), and have the potential to gain achievement. It assures same status to both in all aspects of their life by the Qur'an also emphasizes through Surah al-Hujurât: 19, both have the same Potential and Opportunities to become ideal servants. Islam approaches gender issues in terms of gender justice as it is the only remedial ethical stand to deal with the equality concerns rather than exposing some pseudo dialogues on gender equality and gender neutrality.

Today the mainstream modern or western thought process of women empowerment still yet halted in the tensions of gender equality and neutrality. It is apparent that those tensions from the dominant western activists desperately yields a void only in this issue because these criticism depending on the equality cannot provide a fruitful outcome as it is impossible to establish a gender neutral and gender equal world order. Islamic resurgence has thrown forth various levels of tensions and tribulations which almost reached to the quest of right Islam pointing out the rights of women in Islam as a casualty in this battlefield. While talking about the western gender activism, feminism had an indispensable role to make. It was a renewal idea took birth from Western countries to ensure equal recognition in social political and economic aspects. A woman in New York, Susan B. Anthony was sentenced by Fine for voting in violation of the law in 1872, and her refusal to act as Fine, this pseudo political thought spread very comfortably among Western women.

Then how we review Feminism in Islamic Perspective!? It can be seen that Islam demonstrates the ideas of equality of man and woman in all aspects of life. In spiritual aspects, Qur'an declared same spiritual human nature with equal religious and moral duties and responsibilities to both without any inferior or superior intervention. While the West introduced the wife as a slave, "Wife" is introduced by Islam as the tranquility of a family. The Islam introduce world the important forms of Marriage dissolution include khul' and fas'kh as wife initiative which divorce led by wife. Al Quran and Hadeeth' confers special place of honour and social respect as mother (17:23, 31:14) and it effectively ended the cruel pre Islamic practice of female infanticide (81:8-9).

The Qur’an further explains that men and women are equal in creation and in the afterlife, but not identical: “A woman is not created for the purpose of a man. Rather, they are both created for the mutual benefit of each other” (30:21). It gives that both genders are entitled to equality before the law and courts of law. Justice is genderless.

Human rights violations were unprecedented among the West at that time. When we throwback our eyes, we found that in Germany a husband had the legal right to sell his wife and In European countries women were not allowed to take control of their own finances. At the same time, married women in these parts were not allowed any kind of control over their children. Such narrow thinking quickly gained popularity in many ways.

It's true that the Insecurity begins from sexual assaults in the workplace, the huge change in working hours and low pay faced by French women during French Revolution and European women after second world war gave way to a new activism among them and the Feminism was chosen by the women there as a solution to all these problems. Feminism with its precise values was explained only in few books, form it the most important book is The Second Sex, written by French woman Simone de Bouvare. This work manifests a detailed overview of women's issues and also it accurately depicts the physical and mental differences between men and women and then insists that women should be treated equally despite these differences.

On the contrary to the western history of women liberation, women in Islam enjoyed economic freedom since the beginning. The Islamic Shariiah recognizes the full property rights of women before and after marriage. And Islam allows women to spend their own money as they wish. The resonant result of this was the ‘Darb-e-Zubaidah', 900 mile pilgrim route that connected Kufa to Makkah and Madinah which was built by Zubaidah bint Ja’far ibn Mansur was the wife of the fifth Abbasid Caliph Harun ar-Rashid who  spent all her wealth in humanitarian work.

In the early days of Islam, women were given the right to vote. It can be seen that swearing allegiance to the caliphs was an obligation for both men and women. In the seven century, Ash-Shifa bint Abdullah was skilled in medicine and involved in public administration and she was appointed as an inspector of the market in Medina. The oldest university in the world, Al-Qarawiyyin in Fez was founded in 859 AD by a woman Fatima Al Qaraiyyin, Such like Examples of Muslim women who made significant contributions to society occurred before women had the right to vote.

At the time when thinkers such as Christian de Pizan advocated for female education in France in the 1700s, Muslim women were at the forefront of attaining education that Islam makes education compulsory for all the Muslim irrespective to gender. The Impact of Islam as a Religion and Muslim Women on Gender Equality: A Phenomenological Research Study of Sonia D. Galloway discusses the unprecedented achievement of Islamic women in intellectual fields in the 1990s.

As a Muslim, everyone want to gather intellectual vigor, the moral courage, and the political will to strive for a more enlightened and progressive understanding of Islamic religion and its heritage in the search for answers to deal with changing times and circumstances. For women in Islam, they should take a difficult task to interpret with world; this is not heretical but an imperative if religion is to be a source of peace and a source of goodness, rather than a source of conflict and oppression.

The Holy Qur'an And Hadeet