Man and Woman Between Islamic and Liberal Worldviews 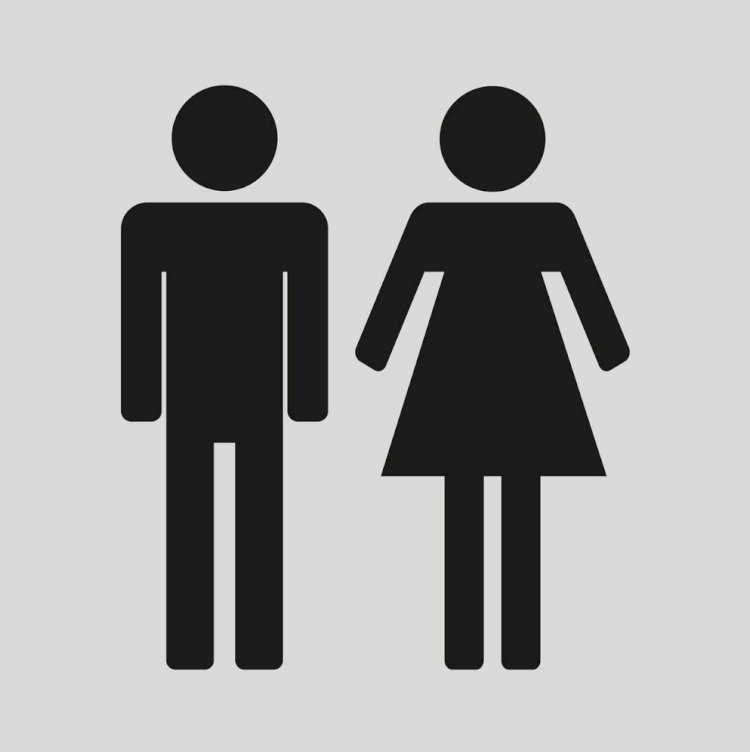 Muslims who are proud of their religion often get intrigued while considering the gender issues in Islam. Gender issues have become a major portion of their intellectual exercises when it comes to values like equality, freedom, rights and justice. Consequently, Muslim laymen, students and academicians, for that matter, are deeply confused in so far as they feel embarrassed to talk about Islamic values and doctrines in public. The secular worldview has extensively triggered some sort of public narratives among the people that shaped their reality in a way that fits into its theoretical framework.

A new normal sense is that anything that does not fit into the secular worldview is not true, is absolutely regressive, should be reproached and cannot be tolerated. However, people who accustomed themselves to the secular reality are not aware of the fact that the secular or liberal worldview never tolerates other than its own, although it usually talks about tolerance. Another significant feature of the liberal worldview is that it functions as a power of institution while it pretends to be the liberator of oppressed religious people from the grip of religion and God. These two major features of liberal worldview are part of our daily experience than mere theoretical assumptions. Having understood this well, let us deal with the issue of gender both in terms of male and female and the relations with them.

Is Quranic woman inferior to man? How does the Quran approach the question of equality? Is it always viable to stick to absolute equality even in the context of positive discriminations? As for the man and woman relations, the Quran is concerned with justice instead of equality. How justice differs from equality is where our discussions on gender issues revolve around.

People who conceive a patriarchal Quran seem to have jumped to their conclusions and overlooked the fact that Quran simultaneously enjoins the duties and entitles the rights both for the woman and man in different contexts.[i] It is untenable to argue that those who don't have the duties can enjoy the rights and those who enjoy the rights should be relieved from the duties. Since the woman is not assigned the duty of carrying her family's economic burden and gets mahr as part of the marriage, she gets half of what man gets from the inherited estate. Since man is assigned to give mahr to the woman and charged with his family's economic burden, he gets twice the woman from the inherited estate. Since women have to go through her biological roles such as pregnancy, delivery, breastfeeding, she is not enjoined to participate in collective daily prayers, collective weekly prayers, and carrying heavy social roles like leadership. Since man does not have such biological roles, he has been made responsible for filling the gaps of women so far as she feels that she loses nothing due to her absence. Man is even responsible for hiring a cleaner, washer, cook for the house if the woman does not want to work at the household and even the foster mother if the woman wishes. Hence, it is not sensible to insist that woman enjoy the rights without performing her duties. It is, for example, also insensible to argue that man should get twice of the inherited estate without looking after the family, protecting the family members and fulfilling their emotional needs.

A comprehensive analysis of the Quranic verses on gender relationship suggests that man has to bear more duties and responsibilities than woman because man's biological and psychological features would generally make him more equipped for hard work than women's.[ii]

There is a huge difference between assigning somebody a duty and allowing her/him for the same. The Quran assigned man the economic burden and allowed woman to share the burden with her partner when the familial needs demand. Man is also allowed and even encouraged by the prophet Muhammad ((ﷺ))[iii] to assist his female partner inside and outside the home without being negligent towards his duties.  There is also a significant difference between relieving somebody from anything and depriving him/her of it. For example, womenhave been relieved by Shariah from performing daily prayers at Masjid, but she is still allowed to go whenever she wants. In many situations, people usually mess up with such nuances which are very clear in the Quranic worldview and conceive relief in case of woman as deprivation.

The Quranic woman cannot be conceived as a wife under a husband, but as zawjahwith her zawj. The zawjah stands for the couple, mate and partner and its etymological connotation clearly refers to an entirety of two elements which are mutually reciprocal. Simply, according to the Quran, each one of zawjah and zawj is mutually incomplete without the other, and both of them altogether form a productive whole without which each of them cannot exist as a social being.[iv] To summarise, when it comes to the individual, the Quran assigns both woman and man separate duties and entitles them with different rights. On the other hand, when it comes to the family as a social institution, the Quran suggests a co-operational mechanism between man and woman without detaching them one from another.

Those who attack Muslim men claim that they oppress Muslim women using their power. But the attackers are suffering from a selective amnesia regarding the ideas of power and oppression. The liberals who see themselves as the representatives of liberal democracy purposefully forget the violent oppressions of liberal democracy against the personal choice of Muslim women. There are many instances of this forgetfulness in most countries. France's ban on Hijab and US liberals' racism are among the noteworthy. A telling example is Afghanistan. The US invasion of Afghanistan was unscrupulously justified as carrying a civilizational role of liberating Muslim women from the oppression of Muslim man’s power. Malala Yusuf Sai was popularized in the global media as a victim of the Muslim male's oppression and was portrayed as the poster girl of American liberation. However, a few noted the fact that the majority of the death casualties of the US's bombing over the Afghani civilians were of women and children! This unveils the double standard of liberal democracy and its ideological army that often attack Islam in the name of power and oppression.

Furthermore, liberals who are hostile towards Islam often overlook an unequivocal fact that the liberal democracy and its modern secular states also use power to control people disregarding their personal freedom irrespective of their genders. It uses its power through surveillance, policing, and penal systems. Michel Foucault, the famous  French philosopher, puts it clear when says that the penal system, laws policing and surveillance of secular nation-states do not exist to prevent the crime, but to defend the power of ruling class[v].

Secular nation-states as power institutions are usually explained by the social contract theory, which suggests that people must have a common democratic technology of controlling themselves for systematic flow of society. If secular nation-states can redefine human being as a civilian, apply surveillance over him, control him through policing and penal system, what is the point of attacking Islam which suggests a democratic system of the family that lacks surveillance, the penal system and is filled with love (mavaddah), compassion (raḥmah) and tranquillity (sakīnah)?[vi]  Moreover, Islam was not revealed for a world order based on nation-states. Rather, it was revealed for the entire humankind who live under any world order. Taking this into account, Islam must be a guiding light for those without a nation-state, without policing or court, and for those who live in a land where there are no laws to protect them. Therefore, families who lived in medieval societies must have needed and developed a control system of their own, That family is. And, suppose, even if the current world order withers away and comes into chaos without fixed revenue borders and constitutions, even then Islam has to do its work and definitely needs a mechanism to stabilize the human life; That family is. This is the reason it gives the family such great importance.

Also Read:Islamic Feminism: Only Pride and No Prejudice

One might ask that Muslims themselves exploit women using the male power. They should take comfort in knowingthat exploitation is a sociological tendency of human beings that may occur anywhere, with anybody, by anybody irrespective of his religion, ideology or race. Therefore, the only solution is to enlighten and guide the human being towards using his power only for positive, productive and liberatory ways. Islam provides this guide through spiritual teaching of ethics and etiquettes and ensures its application using the idea of taqwa, God-consciousness. Now the irony is that the secular liberals who removed the idea of God and objective ethical standards from the human worldview and popularized it through colonization and other power tools are blaming Islam when they failed to overcome their own crisis. So, the problem is not the idea of powerper se, rather its usage. What should be well treated is the humanbrain; you cannot get that done without fixing a stable and strong objective morality framework. This is why Islam directly talks about morality and spirituality to the human mind through the revelation.

Given this, our website (en.islamonweb.net) has allotted a particular section named Gender Issues to propel further discussions on gender relations and divine wisdom behind the family life. Since our concern is gender relations, this section will also attempt to deal with the issues of sexual minorities with regard to their religious selves and political identities.  This section also looks forward to reconsidering the hegemonic constructs of liberals regarding ideas like freedom, power, oppression, etc.

[i] This is mentioned in the Quran as the verse goes: “…Women have such honourable rights as obligations…” (2:228).

[iii] Authentic hadiths have affirmed that Prophet (ﷺ) assisted his wives at home as Aysha (R) says: "He used to keep himself busy serving his family and when it was the time for prayer he would go for it." (Bukhari, Kitāb al-adhān)

[iv] But according to the secular worldview, it does not demand such a social being; rather, it is too individualistic to throw the two necessary parts of the couple in solitude. This difference between the secular 'destructive individualism' and Islamic 'productive collaboratism’ is also of serious concern.

[v] Foucault is one of the famous European critics of modern sovereign nation-states and its system of functioning. His theory of governmentality and power relations are much influential in the world.

[vi] Quran has used these three ideas of love, compassion and tranquillity as it said: “And of His signs is that He created for you mates from among yourselves, so that you may find tranquillity in them; and He planted love and compassion between you. In this are signs for people who reflect” (30:21).