Is Islam to be lived or believed? 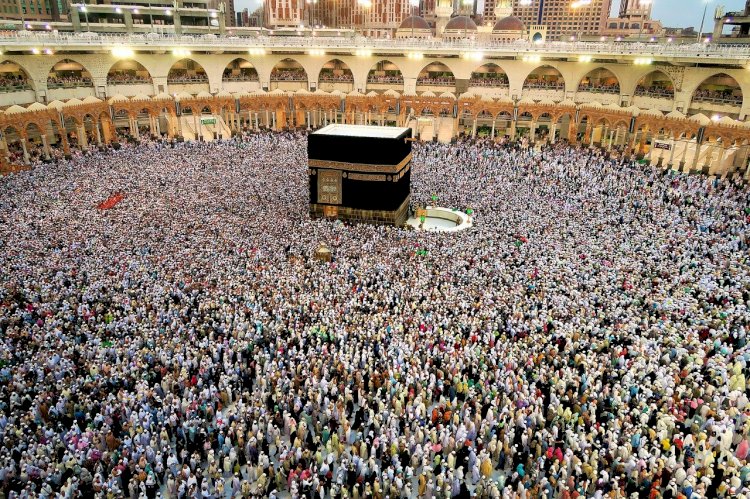 Religion is commonly held today as one aspect of an individual’s social or personal life. From a social science perspective, religion is one among several social institutions such as family, marriage, economy and polity. Further, religion is considered as a set of beliefs and practices which separate the world into two – the sacred and profane or religious and secular. However, it is often said, Islam is not a religion, but it is a way life. What does this statement mean? And to what extent the above notions of religion are applicable to the conceptions of Muslims about Islam and their religious life. These are some of the questions this small write-up tries to address.

To begin with, Muslims do not treat Islam separately from other institutions. Rather they believe that all practices, and for that matter all institutions, are guided by Islamic value system or to be in conformity with its normative order and general moral framework. Muslims do not consider Islam as a mere set of beliefs and practices; rather they treat Islam as an all-encompassing lived reality. It is true that Islam includes set of beliefs and practices. But more than that it is a way of life as enshrined in the concept of dīn used in Holy Quran: ‘‘I have chosen Islam for you as a dīn’’ (Qur’an 5:3). Dīn is a system of life in which human beings consciously submit and surrender themselves to the sovereignty and authority of Allah and live a life of total obedience under a system of that supreme authority.

In other words, Islam is not something to be possessed or presented through a set of ritual performances. But more than that it is the sum total of all what one does or performs in submission of Allah as mandated by Qur’an and Hadith and as illustrated by the long lived traditions handed over from first generation of the companions of the Prophet to generations to generations across Muslim world. This aspect of Islamic beliefs, practices and an encompassing religious life has been clearly explained in one of the famous Hadith, which is known as the Hadith Jibreel.

The hadith narrated by Abu Huraira on the authority of Umar bin Khatab, the Prophet (S) explains three aspects of Islam- namely Iman, Islam and Ihsan. To the question about Islam Prophet (S) replied it “is to testify that there is none worthy of worship except Allah and that Muhammad is the Messenger of Allah, to establish the prayers, to pay the zakat, to keep fasting during the month of Ramadan, and to make pilgrimage to the House (Hajj) if you have the means to do so.”

As mandated by this Hadith, a Muslim life is to be characterized by a sense of presence of Allah wherever one lives and whatever one does. Furthermore, a Muslim personal and social life is to be guided by a consciousness of proximity of Allah and a feeling of surveillance of Allah. The Qur’`anic verse “We are closer to man than the artery of his neck” (50: 16) is to ensure the feeling of divine presence in the everyday life of a Muslim.

Further the concept of worship has very specific meaning in Islam. While Quran says Allah has created human being only to worship him, the Prophet Mohammad (S) has explained what does it means to say worshiping Allah. It is to ensure one’s life is oriented towards Allah without segregating the realms of life in to religious and secular. In one of the famous Hadiths reported by Imam Bukhari and Imam Muslim (R), Umar b. al-Khattab narrated that the Prophet (S) said: “The reward of deeds depends upon one’s niyya, (intention) and every person will get the reward according to what he has intended. So whoever emigrates to Allah and His Messenger, then his emigration is to Allah and His Messenger. And whoever emigrates for worldly benefits or for a woman to marry, his emigration is for what he emigrated for.”

Therefore, any action which is not performed solely for Allah’s Sake, is annulled and fruitless. The doctrine of Niyyah (intention) plays a major role in shaping Muslim’s daily life. There are two implications for Niyyah, one is the distinction that the Hadith makes between the acts of worship and the acts of habit. For instance, there is a difference between taking a bath to remove impurity to enter into an act of worship, and taking a normal bath to cool off. The form of the baths is same but the presence of mind and the orientation towards Allah with a clear intention make the difference. And even a normal bath taken with an intention orienting towards Allah will be considered as an act of worship. The second meaning for Niyyah pertains to distinguishing between the act which is directed to Allah alone and the act which is done to show off. While the acts performed for Allah is considered as the act of Ikhlas or sincerity while the acts performed to showoff is considered as riyaa or nifaq (hypocrisy). While the acts of first category will be rewarded, and the hypocritical ones and the show offs will be punished.

The principle of ihsan together with the doctrine of niyyah creates spiritual discipline that entails guidance about things one should and should not do in one’s daily life.  This spiritual discipline based on a God-centric life or living with a sense of divine presence gives a purpose and a direction to one’s life. In another words, the life centering on an omnipresent and omnipotent Allah is not an inward-looking or forcing a monastic life, but one that reminds the believer of the central purpose of this life and make him accountable of his each and every act. The accountability to God not only demands how a believer fulfills his/her responsibilities of worship but also for how he/she fulfills his/her responsibilities toward his fellow beings.

In addition, the Islamic conception of a human being’s relationship with God and his status on the earth plays major role in shaping Muslims approach to all aspects of the worldly affairs. According to Qura’an, human being is God’s vicegerent (Khilafah) on earth (Qur’an, 5: 55; 6: 166) and at the same time he is also God’s slave (abd). This dual status demands an urge for perfection and a complete obedience to God, that is, a complete conformity to both the normative order and moral system as presented by Prophet Muhammad (S).

As Talal Asad observed, by employing the metaphor of slavery to describe the human relation to God, “Islamic tradition goes against the figure of kinship (God as Father) and the figure of contract (the Covenant with God), which are part of Judeo-Christian discourse. “As God’s slaves,” Asad continues, “human beings do not share any essence with their owner, who is also their creator, nor can they ever invoke an original agreement with him. The relationship requires unconditional obedience” (Asad, 1993). However, his relationship with God as vicegerent presupposes that human will be clearly informed of God’s will and his role on earth. For a Muslim Allah has been communicating with human being through verbal signs (revelation or wahy) and through natural signs. Allah continuously reveals himself through natural phenomena which are signs (ayat) of different aspects of his nature - compassion, justice, power.  However, it is the verbal communication, which is central; since the most important fact about Allah is that he speaks to human beings in clear language. For verbal communication, Allah selects certain individuals as his prophets, reveals them the realities of nature, the cosmos, the life, and so on. With the revealed knowledge, all the prophets guided the human beings to lead a meaningful life.

In short, for a Muslim, Islam is not mere set of beliefs and practices but a way of life; a system according to which all spheres of his life has to be comprehended. By creating a sense of an omnipresent and omnipotent Allah who is very close to every human being, each and every individual has to live with accountability not only to Allah but also to the fellow-beings and to the nature. Further by assuming a dual status of Allah’s vicegerent and Allah’s slave, a Muslim has to realize Allah’s will and to live with a complete submission to the Divine Law, which is known as Sharia.