The Indian subcontinent is rich and diverse in cultural features and traditional values. Indian people have always amazed historians with the emergence of innovative legacies that have integrated the cultures of different countries. It is believed that Islam originated in India as early as the 7th century. Islam, which has spread and flourished in most parts of the world, has become part of India's religious and cultural heritage.

Trade relations between Arabia and the Indian subcontinent have existed since ancient times. Historians have recorded that Arab traders visited the Konkan-Gujarat coast and the Malabar coast even before the appointment of the Prophet. Arab merchants converted to Islam and spread the religion wherever they went. They lived in harmony with India's unique cultures and heritage of India, and as a result of their signatures in all parts of the country, they combined Indian and Islamic architecture to form a new architecture.

Hazrat Nizamuddin Auliya Dargah and Alai Darwaza is another complex of Indo-Islamic architectural styles built under the leadership of Sultan Alauddin Khilji of Delhi. The tombs of the poet Hazrat Amir Khusro and the Mughal princess Jahanara Begum are located in a rectangular dargah. The main feature of the Alai Darwaza is that it is made of red sandstone and white marble. Alai Darwaza is a complex built entirely on scientific principles. The Sultanate was a reign of many complexes built on a combination of Indo-Islamic architecture. 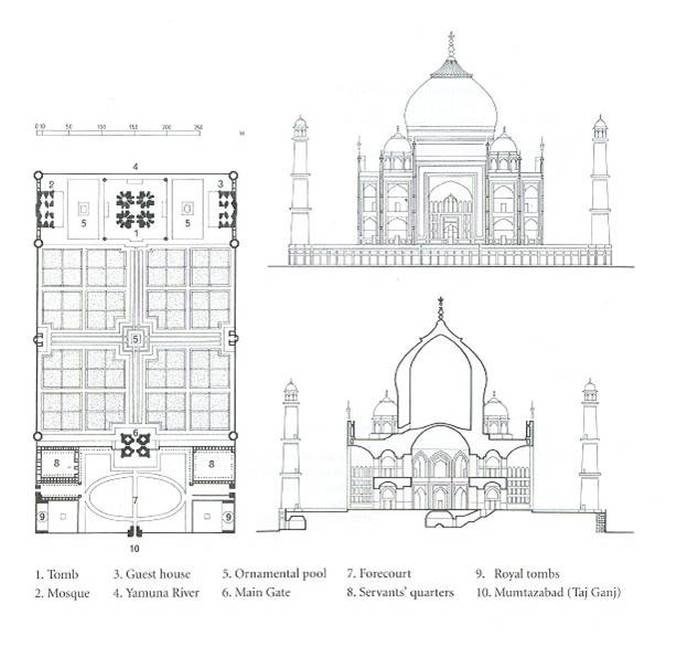 The Delhi Juma Masjid was built between 1650 and 1656 by the Mughal Emperor Shah Jahan. Juma Masjid in Delhi is one of the most famous Indo-Islamic style mosques decorated with white marble and red sandstone.

The Taj Mahal is one of the world's wonders, built by Emperor Shah Jahan on the banks of the Yamuna in memory of his wife, Mumtaz Mahal. The Taj Mahal, made of the white barbell, took about 22 years to complete. The Taj Mahal is an innovative style complex that combines Persian and Turkish architectural forms. He brought in sculptors, painters and artisans from all over the world to build the Taj Mahal. Researchers consider the Taj Mahal to be one of the greatest achievements and contributions of Islamic architecture in India. The Mughal Empire spearheaded the construction of complexes such as the Red Fort, Agra Fort, Humayun's Tomb, and Fatehpur Sikri, which integrated Islamic and Persian cultures without abandoning India's unique lineage.

The people of Kerala have been in trade with the Arabs since ancient times. Malik Deenar and his entourage arrived at the historic port of Kodungallur as religious carriers and established the country's first mosque as part of their religious propaganda. The Kodungallur Masjid is an amalgamation of various mosques and Islamic architecture, using traditional Hindu temples, pillars and roofs.

The pulpits in the mosques and the beautiful domes of various deities are the finest examples of the carvings associated with Islamic architecture in Kerala. Historians have recorded that the Beypore Juma Masjid and the Kozhikode Mishkal Masjid had mimbars made by Arab ship experts. Other ancient mosques were built by the same artisans who built Hindu temples, dwellings and houses. Kerala's earliest mosques are built on the region's unique architectural tradition and heritage.

( Basith Malayamma is a young writer hailing from Kozhikode, Kerala. His areas of research interest are History of Malabar, History of Languages and Architecture in Medieval World History etc. Email :abdulbasithofficial97@gmail.com  )