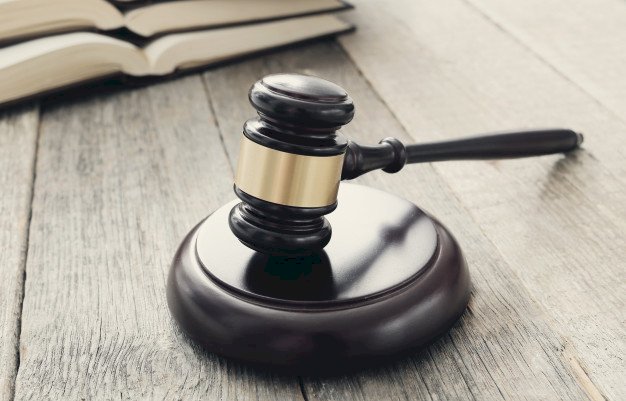 Since most of the world's population is religious, no other question is of more importance for meeting this daunting challenge than the question of the positive role that religion can play for human rights. Any balanced discussion of religion and human rights must acknowledge the too frequent complicity of religion in human rights. Religion has a strong role to play in advancing human rights.

The Concept of Human Rights in Islam

Human beings' place as Allah's vicegerent on earth is underscored in the Quran through the notion that angles also have bowed down before Adam at Allah's behest. It is important to note that when we speak of human rights in Islam, we really mean that Almighty Allah has granted them. They have not been established or issued by any authority, organization and revised in the passage of time. The major difference between rights granted by Allah and by other is eternal in comparison with temporary. The rights granted by legislative assembly can be conferred or withdrawn based on the nature of the relation. But the rights established on revealed and Divine principles are not subject to alteration, change or any amendment. Islam articulates some basic human rights applicable to every human being regardless of race, colour, and belief. In fact, these rights are decisively connected with responsibilities on first-hand. When people realize their duties and try to fulfil their obligations, every human being will receive their due right..

The Right to Life

The first and fundamental human right is the right to live. The holy Quran states, “Do not take a human life – made sacred by Allah – except with legal right…” (6:151). This message in the Qur'an gives the clear commandment to protect human life as it is sacred in the sight of almighty Allah. The similar commandment has been given in another surah which says, "That is why We ordained for the Children of Israel that whoever takes a life—unless as a punishment for murder or mischief in the land—it will be as if they killed all of humanity; and whoever saves a life, it will be as if they saved all of humanity (al-Maidah: 32). Although this is addressed to the Children of Israel, it applies to everyone at all times. Immediately after the prohibition of taking life, the Quran encourages to save life and grant this act a huge recognition. Allah has said: "And whoever saves a life it is as though he had saved the lives of all mankind". Prophetic traditions elaborate on this issue and made it very clear that taking a life is a capital crime, for example. “the greatest sins are to associate something with Allah and to kill human beings." In Prophetic tradition, nafs has been used in general meaning as ‘life’ regardless of the difference of tribe, race, colour and country.

In Islam, every human has the right to maintain his life's standard according to his capability. Not only this, but Quran enjoins believers to help others and to provide due share to the needy and deserving people, as it is mention in the Quran, "And in their wealth, there was a rightful share fulfilled for the beggar and the poor" (al-Dhāriyāt:19).

Respect for the Chastity of Woman

Islam shows higher respect for women and makes man responsible for guarding her in all circumstances if she is under his supervision. He is not allowed to disrespect a woman in any way regardless of her religion, whether she belongs to the same religion or other. There are clear and detailed instructions in the Qur'an for a believer to fulfil his responsibilities towards woman, particularly, being an in charge in a family, he has been advised to play his role in the best manner in different capacities. Considering women's respect and chastity in Islam, the Quran mentions capital punishment if a person found guilty of involving in the immoral relationship with a woman whether she was willing or unwilling partner in this act.

Islam establishes the human's basic right to live free instead of being kept slave or having sold to others like goods. Islam abolished this primitive tradition. As a result, human dignity was restored even long before the modern era in which West claims to have eradicated this evil practice from the society that happened though partially only in the middle of the 20th century. Though, so-called modern civilization and the flag bearer of human rights are extremely involved in the violation of human rights under the disguise of industrialization and capitalism, where low scale labourer has been deprived of their basic rights, let alone not having permission to use the toilet during working hours and forced to use pampers. This example is not from dark ages, but things like this are happening in this modern era of the 21st century and in the developed countries.

Islam denounces capturing and making human slave irrespective of their faith and colour. We find the general statement which is applicable for all in prophetic tradition in which the Prophet (ﷺ) said; "there are three categories of people against whom I shall myself be a plaintiff on the Day of Judgment. Of these three, one is he who enslaves a free man, then sells him and eats his money.". Prophet (ﷺ) always encouraged his companions and believers to free slaves through all possible sources they could use. In return, there are glad tidings and rewards in abundance for those who contributed to eradicating slavery. All these examples show the importance of human dignity and freedom in Islam which has been granted to every human since his/her birth by the Creator.

The Right to Justice

Islam promotes the right of justice for every human being and teaches believers to be just not only with friends but with enemies as well. The Holy Qur'an says, “Do not let your hatred of a people incite you to aggression" (al-Maidah:2), "And do not let ill-will towards any folk incite you so that you swerve from dealing justly. Be just; that is nearest to heedfulness (al-Maidah:8). This is Islam's beauty. The followers are instructed to be just even with the enemy because in dealing with rival, aggression or feelings of revenge may eclipse their normal emotions and senses. Thus, he could react in an extremely harsh manner.

Importantly, the justice to which Islam invites the believers is not limited to the citizens of their own country, or the people of their own tribe, nation or race, or the Muslim community as a whole, but it is meant for all the human beings on earth.

Islam also provides the right of equality to every human being irrespective of colour, race and faith. The difference of colour, race and language is just for the sake of introduction, distinction and cooperation. The right of equality was beautifully exemplified by the Holy Prophet (ﷺ) when he said: “No Arab has any superiority over a non-Arab, nor does a non-Arab has any superiority over an Arab”.

Rights of Citizen in Islamic State

Life and property of a person were protected in Islam, and it was clearly mentioned by the Prophet (ﷺ) in his farewell address that no one is permitted to do any harm to someone's life or property. This law is applicable generally for believers and non-believers as well. Moreover, the Prophet (ﷺ) has mentioned specially, the rights of non-Muslim citizens who live in the Muslim state. They have equal civil and citizen rights as a  Muslim citizen; they have complete freedom to practice their religion.

Islam assures the honour of a person. The Quran prohibits the use of abusive language and making fun of others. For instance, surah 49:11 Qur’an states that “O believers! Do not let some ˹men˺ ridicule others, they may be better than them, nor let ˹some˺ women ridicule other women, they may be better than them” (al-×ujurāt:11-12). The aforementioned statement articulates significantly, human dignity and respect.

Islam forbids interference in personal life and protects the right of sanctity of private life. The Quran says “O believers! Avoid many suspicions, ˹for˺ indeed, some suspicions are sinful. And do not spy, nor backbite one another” (al-hujurāt:120. We find another example of taking care of others’ privacy in Islam in the actions of the Prophet (ﷺ) whereby he preferred to enter own house after knocking the door to avoid any inconvenient situation among family members.

To sum up, human rights in Islam have a metaphysical and spiritual foundation that entails the real meaning of being accountable to his Creator. This understanding of being human instils the sense of responsibilities that we must fulfil.

Campbell, William. (1992). The Qur’an & the Bible in the Light of History and Science. Upper Darby: Middle East Resources.

(Muhammad Juanid Mughal is a postdoctoral researcher at International Islamic University Malaysia (IIUM). Currently, he is working as an Assistant Professor in the Department of History and Islamic Studies at Waidsum University, Kuala Lumpur.  He has completed his PhD in the Philosophy of Islamic and Modern Science from IIUM.)