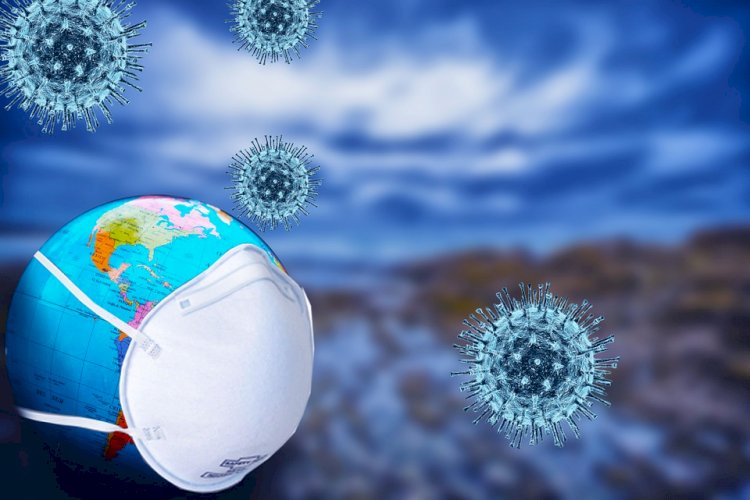 The unprecedented spread of Covid-19 throughout the world has left no walks of life without its impacts. The whole world is desperately looking for a better solution for the challenges posed by it. Likewise, it has posed numerous questions about the Islamic approach to the pandemic and how to balance between the precautions and worships. Various Fiqh councils, Shari’ah departments, and scholars have responded with detailed guidelines and fatwas to the Muslim community in this respect. This has paved the way for the emergence of Fiqh of Pandemic which discusses the impact of the epidemic on Islamic law. It is more focussed than the Fiqh of emergency or jurisprudence of disaster which includes all kinds of natural calamities.

Fighting the pandemic with all possible means and accepting the experts' advice is a religious obligation of every Muslim as the preservation of life is one of the five fundamental higher objectives of Shari’ah. The Prophet said: “There is no disease that Allah has created, except that He also has created its treatment" (Bukhari, 5378). It should motivate the experts to find treatment and the affected to be optimistic. Further, the modern concept of social distancing, quarantine, and travel ban as mitigating measures are also the essential part of the Prophetic advice; "If you hear of an outbreak of plague in a land, do not enter it; if the plague breaks out in a place while you are in it, do not leave that place" (Bukhari, 5728). The famous story of Caliph Umar's returning from Sham as it was affected by Plague endorsed this strategy. The face cover is also promoted by another hadith: “when you cough or yawn, put your hand in front of your face” (al-Mustadrak, 7758). Islam also promotes personal hygiene, which is recommended to contain the spread of viruses, as the Prophet teaches: "cleanliness is half of faith" (Sahih Muslim, 223). Along with all these precautions, Muslims are also advised to supplicate to Allah to lift this distress from humankind. Some scholars recommend the recitation of Qunut al-Nazila in all prayers.

The immediate impact of Covid-19 on Islamic law was about the suspension of daily congregational prayers and weekly Friday prayers and the closure of the masjids. There are three main viewpoints on the issue; the majority of scholars and fiqh councils across the world not only supported but also recommended the closure of Masjids citing the necessity of preservation of human life. The second team favoured restrictions rather than suspension so that congregational and Friday prayers will continue in a limited manner with all possible precautions. The third opinion, which is upheld by only very few individual scholars, says that no circumstance will justify the suspension of congregational prayers and the closure of Masjids. All are agreed that the adhan, call for prayer, need to be echoed from the mosque. If relevant, the phrase, ‘pray from your house’ could be added. (Dr. Mas’ud Swabri, Fatawa al-Ulama’ Hawla Fayrus Korona, 2020).

These fatwas need a close analysis in the light of the present scenario in fighting the pandemic where the experts changed their policy from complete lockdown to new strategies of living with the virus by opening all possible sectors with needed precautions.It is well evident that anyone affected by the virus or suspected to be a virus carrier is not permitted to attend the communal and Friday prayers. Vulnerable people such as aged people and the sick are also excused for abstaining from the prayers. Quran categorically says: "Do not put yourselves into destruction" (al-Baqarah: 195). The Prophet said: “do not put a patient with a healthy person” (Bukhari, 5771), and “he who eats of this plant (i.e. onion) must not approach our masjid, till its smell disappear” (Sahih Muslim, 916). If a bad smell is an excuse to abstain from the masjid, then beyond doubt the Coronavirus is also.

The suspension of Friday prayer and closure of Masjid should be the last option and only for a short and temporary period if the medical experts suggest so to control the spread of the virus. The wide support among the scholars to close masjids were as a result of the novelty of the pandemic, fear of rapid infection, unavailability of treatment, high death rate, and that the virus carrier may not be identified. After a few weeks of the complete closure and suspension of prayers, the masjids were opened worldwide with restrictions and precautions. Some precautions such as covering the mouth, taking ablution from their own house, and keeping a private mat for prayer have no impact on the validity of prayer. If deemed necessary, measures such as keeping distance between the rows, limiting the number of attendees, conducting Friday prayer in more places, and closing the masjid at high-risk areas are also permitted. Some schools of law allow a minimum of 12 or even four people for Friday prayer. In case of the suspension of the Friday prayer and those who are unable to attend are obliged to perform Zuhr prayer as four rak’at from their houses (Ibn al-Qudama, al-Mughni, 2/255). The practice of broadcasting the Friday sermon and praying two rak’at as Friday prayer remotely is not accepted as it is against the unanimous scholarly opinions of all schools of law and it violates the very purpose of Friday prayer.

As Covid-19 causes big number of death, its effect on Islamic funeral law is a great matter of concern.  There are four rites carried out for a deceased Muslim as a community obligation; ghusl (ritual washing of dead body), kafan (shrouding of the body with white cloths), funeral prayer, and burial. During this pandemic time, these rituals should be carried as perfectly as possible guided by the twin objectives of maintaining the dignity of the dead and preventing harm to those in charge of the funeral. All necessary protective measures like wearing PPE, avoiding direct contact should be put in place. If there is any genuine danger in doing it perfectly, it is permitted to move down to the next option by considering the advice of the medical experts, forensic guidelines, law of the land, and expertise of those who are entrusted with funeral activities (Dr. Amir Muhammad Nizar, Fiqh al-Awbi’ah, 2020, pp. 44-46). For example, if the normal washing is problematic, then merely pouring water on the body is sufficient. If this may also lead to infection, then dry purification (tayammum) should be performed by wiping the face and hands of the deceased with pure soil even while wearing gloves (Ibn Qudama, al-Mughni, 2/402). As for the kafan, if the normal covering is not possible, then a single shroud could cover the whole body. If necessary, the additional use of a plastic bag or coffin is also permitted (Dr. Wahabah al-Zuhayli, Al-Fiqh al-Islami, 2/1587).

Cremation of the body should be avoided in all circumstances since it is not allowed in Islam. The community leaders should try their best to get an exemption for Muslims if it is made mandatory in any country. The refusal to bury the body of Covid-19 victims as reported in some communities is un-Islamic and inhuman. However, if authorities recommend any other protocol for burial, such as making an unusually big grave, Muslims need to cooperate. In case of necessity due to excessive case of Covid-19 death, collective graves are permitted and male and female bodies should be buried separately as stipulated by classical jurists. (Ibn al-Rif’ah, Kifaya, 5/153).

All these pragmatic approaches in Islamic law during this pandemic period are justified by the importance of preservation of life in Islam. It is also evident from many legal maxims such as Harm must be removed (al-darar yuzal), Hardship begets leniency (al-mashaqqah tajlib al-taysir), As matters become more constrained, the Shariʿah becomes easier (idha daqa al-amr ittasa’ah), Necessity makes the unlawful lawful (al-darurat tubih al-mahzurat) and Necessity is measured according to its proportion (al-ḍarurah tuqaddar biqadariha). Moreover, the classical jurists of various schools have given pertinent detailed guidelines for the present situation such that there is no need to step outside their boundaries. We can also find a precedent to this situation in Islamic history when some areas were affected by plague and thousands were killed (Ibn Kathir, al-Bidaya wa al-Nihaya, 8/288). All these prove the ability of Islamic law to cope with the newly emerging contexts and the modern world can learn from the classical Islamic legal texts in developing the guidelines to face the situations like that of the pandemic.