Abuse of Islam for Legitimacy: views of Esposito on Militant Islam 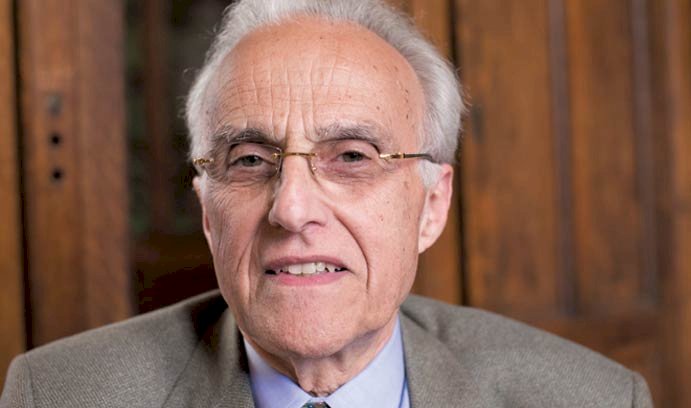 Islam is often vilified as a religion that motivates its followers to indulge in violence and terror. Various scholars engaged with the issue and provided various interpretations. John Esposito is an American scholar who dealt with it and studied Islam to a great extent. He is professor of Religion and International Affairs at Georgetown University in Washington DC.

Tracing Islam through the Works of Esposito

To conceive his concepts about the so-called militant Islam, it is pivotal to have comprehensive understanding on how John Esposito viewed Islam. One of the main theses he stated in his work "What Everyone Needs to Know About Islam” is that Islam represents a basic unity of belief within a rich cultural diversity as it consists of a plethora of racial and ethnic groups.[i]

Islam is not a new religion brought by Prophet Muhammad (ﷺ); instead, it is a rectification to the religious deviations crept into the New Testament and Hebrew Bible. Along, it came intending to reform society. During the sixth century, Mecca was emerging as a commercial centre which enhanced the gap between rich and poor. Islam put forward an egalitarian approach to all, irrespective of their tribal affiliations.[ii]

Due to trade contacts with far regions, Mecca was familiar with monotheism and belief in single God as they had contacts with Christians, Jews and Zoroastrians. So, Islam is not a new monotheistic religion which emerged in isolation. The Quran addressed Christians as people of books owing to their acceptance of revelation from God through Jesus. Unlike many scholars, John Esposito strove extensively to impart aspects of resemblance and co-existence of beliefs between Islam and Christianity.[iii]

Esposito further delineated the intrinsic aspects of Islam. As he articulated that Muslims are obliged to follow Muhammad (ﷺ)in every aspect of life, expect what he did due to his specific capacity as a prophet. So, to understand the real meaning of Jihād, it is necessary to look at great collections of Hadīth, which consist of versatile aspects of the prophet's life such as beliefs, diplomacy, and warfare. John Esposito traced back the great diversity within Islam. There have emerged number of divisions among Muslims, over many questions such as religious and political leadership, responses to the west and modernity. These varieties of opinions and divisions are neglected by those who try to denigrate Islam.

Locating “Jihād” from Works of Esposito

Jihād is one of the misinterpreted and misguided concepts of Islam. John Esposito put forward his perceptions about so-called relation of Islam with war in larger context of his understanding of Islam. He says that Jihād is considered the sixth pillar of Islam. Considerable number of Quranic verses and incidents from prophetic tradition is revolving around what Jihād constitutes. Islam, like any other world major religions, Christianity and Judaism, sanctioned Jihād. It is not the rare case of Islam itself as the chapters of Joshua and other prophetic stories in the Old Testament of the Christian Bible are replete with 'violence'. It is noteworthy that the city where Muhammad (ﷺ) received God's revelation witnessed chains of tribal warfare and gripped under the fierce ongoing battle between Byzantine and Sassanid empires, great empires of that time.[iv] The sanction for Jihād in Islam is also related to these facts. It is indispensable to be cognizant of the geographical position of Muhammad's (ﷺ)revelation to attain the fact.

According to John Esposito,  Jihād in Islam is meant both as extortion and struggle. Meaning-making of Jihād is portrayed through struggling against hiding evil in oneself, leading virtuous life and extending the Islamic community through preaching, education etc. In addition, Jihād also conveys the necessity of defending Islam and the community from aggression.[v]

Esposito gave priority to the non-violent meaning of Jihād.  Mainstream and normative laws of Islam are consisting of methods and regulations on how Jihād to be waged. It only sanctioned which should be proportional, and that must be only appropriating the necessary amount of force to repel the enemy.[vi]. Along with that, Islam made severe regulations regarding innocent civilians to protect them. These being the criteria to be recognized as valid Jihād, so it becomes clear that it is appropriate to frame the just war theories than those that emerged in the modern world. Along with that, general values of Islam, mercy and justice, never fulfilled through unjust Jihād. Permission to wage Jihād was given only when Islam faced repression from the majority of the population,[vii]The Quran says: "permission is granted to those who fight because they were wronged; surely Allah is capable of bestowing them victory. Those who were driven out of their homes unjustly, merely for saying lord is Allah” (22: 39-40). Thus Jihād is for the defence of one's life, faith, property and integrity of the Muslim community.

Religious rationale behind conquest and expansion was not the forceful conversion of believers of other faiths.[viii] John Esposito rejected the importance of so-called sword verse by refuting it as the late interpretation of the Quran and Islam. Polemical critics of Islam and terrorists cited this verse to tarnish Islam and rectify their claims.

On the other side, some Muslim rulers used Jihād to legitimate their expeditions for imperialist aspirations. Muftis of each time often provided Fatwas to please the interest of rulers. Thus, debates on Jihād were recurring all time. So, the disagreements among Muslims over the use of Jihād as defensive and offensive were influenced by social and political contexts. Thus Esposito concludes that the doctrine of Jihād in Islam is not the product of single authoritative interpretation of Islam, rather it is the outcome of diverse opinions.[ix]

The narrow and extremist interpretations of Islam caused internal conflicts within Islam too.  All these kinds of discussions and discourses are very pre-requisite to conceive, thus to develop an analysis on inspirations that prompted Osama Bin Laden and other extremists.

John Esposito has been delineating through his works about the background reasons for Islamic resurgence in the 1970s. The tendency to reform itself is one of the special characteristics of Muslim society. So it is not astonishing to witness the proliferation of Islamic movements, especially within the Muslim world.

Crusades and experiences of colonialism had made much influence upon Muslims.[x] During the periods of crusades, both Muslims and Christians viewed each other as a group of people who determined to devastate their enemy. After the tension mounted years of crusades, colonialist powers began to advent Muslim lands[xi]. Worldview proposed by colonialist forces was unseen in  Muslim populated regions; thus, they conceived themselves as the persons obliged to erase faults of colonialized areas.

Nation-building in the Muslim world after World War II was a fragile process that replete with flaws.[xii] Most of the lands that witnessed the departure of European powers were underdeveloped countries which were reeling under versatile forms of crisis. French-controlled Lebanon underwent later through horrible years of civil war (1975-1990). Pakistan and India were formed into two countries as the outcome of colonial map-making.[xiii] Clashes over the border and allegations of cross-border terrorism have made both these countries bitter rivalries in South Asia. Jordan and Iraq came into existence as states which liberated themselves from the great power of Britain. Israel is one of the volatile examples of the European nation-building process.

During the 1950s and 1960s, widespread dissatisfaction became common among the newly formed Muslim majority countries. New governments came into power in Egypt, Iraq, Syria, Algeria and Sudan. And all were based on some sort of Arab nationalism or socialism. During the same period, the Muslim Brotherhood attracted more followers in Egypt, Sudan, Syria, Jordan and Palestine.[xiv] Although both Arab nationalists and Brotherhood captured the people's imagination as an aspiration in its initial periods, later brotherhood was surpassed by the Arab nationalist leaders such as Gamal Abdel Nasser of Egypt,   Jafar  Numeiry of Sudan and Libya's Muammar Qaddafi. Later, rulers of these countries were forced to turn into Islam for accumulating legitimacy to deal with opposition movements and Islamic reformist voices.

John Esposito concluded that the cause of resurgence varied by country and particular regions. Even so, some common threads would be found among these resurgent movements. Prevalent feelings of failure and erosion of identities and failed political systems and economic policies were common among the movements in Islamic countries. Israel's resounding victory over Arab force in six days war and soaring unemployment rate and the widening gap between poor and rich, complete negligence towards traditional values became the common root causes for Islamic resurgent movements.

These newly emerged movements became utterly different in their mode of works. John Esposito says: “non-violent revolutionary change from below and violent revolution to overthrow established un-Islamic governments have remained the twin paths of contemporary Islamic movements”.[xv] Both of these forms began to sweep across the Muslim world like wildfire. Some of them were strong nationalists in their perspectives. Meanwhile the militant and more radical remained to be transnational.[xvi] Islamists in Malaysia and Turkey were nationalists in their approach. Large number of Muslim organizations worked within the system and operated above ground, meanwhile only the radicalized militant minority followed the path of violent Jihād to seize authority.[xvii].

Thus, Islam became the primary language that decided the political discourse and mobilization in many Muslim states throughout Africa, across the south-east and central Asia.[xviii] Mainstream Islamist movements turned to Islam to strengthen their legitimacy on the one hand. During the same period, extremist Islamist organization justified violence and atrocities in the name of Islam on the other hand.

John Esposito addressed the issue of militancy that emerged, pretending to be Islamic in its orientation. Political needs and the sense of injustice culminated in the emergence of militant organizations. The foreign policy of America and European states strengthened sense of injustice and marginalization among deadly minority Muslims. So they turned to be radical and used Islam as a tool to legitimate narratives of marginalization, anguish and discontent. These militant organizations are not representing Islam; instead, they are following distorted interpretations of Islam.

[i] John Esposito, What Everyone Needs to Know about Islam ( Oxford University Press, 2011) page

[iii] He is the founding director of Prince Al-Waleed Centre for Muslim – Christian  Understanding.

[xvi] The politics of Islamism