Why to be still Agnostic? 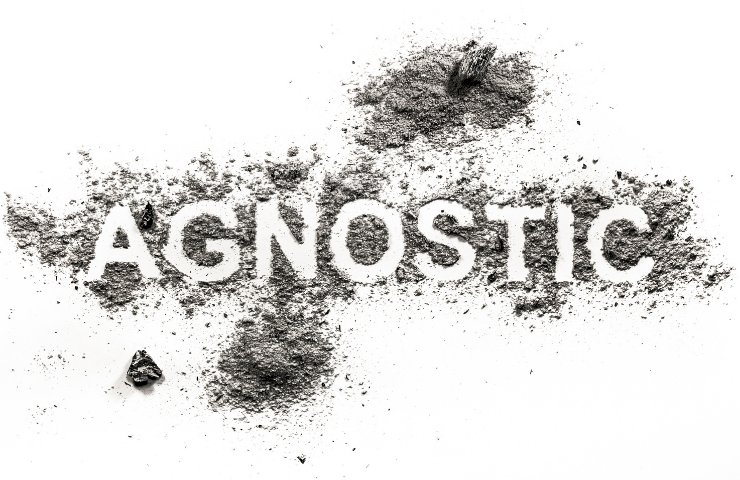 Recently, there has been an increase in the number of atheists, agnostics, and materialists in our world since many people are abandoning their religion. Many leave because they aren’t satisfied with their religion’s answers, which for some religions is true, as they obstruct their followers from any form of inquiry. People are taught to mindlessly follow and avoid any form of catechism in religious matters.

While others leave not because they weren’t satisfied with their religion’s answer, but because they find a new religion, science. These scientific devotees put their heads down on the altar of experimentation, claiming to have attained the zenith of certainty and truth.

Influenced by the illusion of empiricism, some people often end up quantifying everything. Looking for verifiable and experimental proof, they are seldom duped into becoming fanatics of materialism. Well, undoubtedly, many things can be quantified, verified, and experimented. But, can the same be said about everything? We certainly cannot quantify feelings, souls, thoughts, emotions, gestures etc. Science doesn’t have the most accurate universal definition for them.

Also, there is a plethora of questions science has not answered. For instance, the widely accepted theory about galaxies is that they are spinning. But according to this, they should be falling apart, as there is no enough matter to hold everything together and cancel the centrifugal force[1]. How is the galaxy intact then? We don’t know. Another example of drepanosaurus[2] is a discovered skeleton with a reptile-like structure but claws instead of fingers. This is strange as the evolutionary chain resulting in this creature is missing!

The reason to state all this is simple: There’s a certain amount of uncertainty, ignorance, and a pinch of agnosticism in science as well. I’m sure Heisenberg would be nodding his head right now if he were here.

So, the cure of this uncertainty and agnosticism is contemplation and a sincere inquiry for the ultimate truth. There are signs of the existence of the one and only Creator in his diverse creations, all of which can be found by a seeker of truth.

There must be a Creator (Ḳhāliq) since these things cannot just come into being out of nowhere. Furthermore, things as purposeful as nature, as sophisticated as the human body, and as giant as the magnificent Earth and other planets cannot be a mere product of some random events.

Is it not a miracle that every morning, millions of animals, birds, and insects leave their homes looking for food and return having eaten to their full? There is ‘n’ number of random events emerging every single day, and yet life doesn’t end itself neither do all carnivores eat all the herbivores nor do they graze up all the plant life. Mind I point out that this system is not self-sustaining; it is like a fragile system bound together by a very sophisticated but strong fabric, which keeps everything in order and makes life sustainable. The same goes for the human species.

There must be a Planner (Mudabbir) to all of these; the one who makes the world exist; the one who is preventing us from harm and giving us bounties. Our lives are not merely random events thrown our way, but a path written way before we came into existence. We are given free will, but our actions and consequences are written prior to our creation by the one who is the All-Knowing and whose knowledge is eternal.

The Mudabbir should be unique in his being and attributes. By this, the fallacy of God incarnating himself in human is also debunked. If the Creator is to incarnate himself in human form, this would mean the human body has encapsulated him, which is impossible; the mortal cannot encompass the eternal.

Now, the agnostics say that there are no ways a human can ever know if there is an ultimate reality or not[5]. One can argue that agnostics point towards only one fact, that the Divine realities and unseen world cannot be discovered by human agencies. Surely, by seeing the world, we get to know that there is a Creator, by noticing how he’s feeding all on the planet seamlessly gives us the idea that the Lord is All-Powerful, Merciful, and Generous.

But the concept of Paradise and Hell, Angels and Demons, the day of judgement, God’s beloved, true path, and religion, our human agencies could have never found out these realities by themselves. This is the reason why God sent His Messengers from among humans to guide them to the straight path and gave his divine inspirations (Waḥī), hence we are guided not by mere physiological agencies but by the Divine himself. This is the only way to achieve true ‘certainty’; else, there is always room for error in human efforts. We should therefore make the Divine light our lantern of guidance and follow the ‘Straight Path’ (Ṣīrāṭ al-Mustaqeem).

Islam is the true and only religion of Allāh (Inna al-Deena ịnda Allāhi al-Islām); and it does not restrict man from pondering; rather, it asks human beings to ponder. At several places, it is found in Qur’ān “so why don’t you ponder?” (afala tạqilūn).

Hence, one should leave all the darkness of myths and pseudo-salvations and enter the light and certainty of Islam. Embrace the true religion of Allāh, Follow the Commandments of the Beloved Prophet Muḥammad and read the Truthful Verses of the Qur’an.

May Allah guide us all!

Fardeen Ahmad Khan Razvi is a reowned Oriental Research Scholar who has authored over a hundred articles and twenty plus booklets on Islamic and other oriental subjects in Arabic, English, Urdu and Hindi languages. His minor is in Computer Applications pursuing his Major in Data Science. He is also an eloquent Urdu poet coming from a Sufi background in Nothern India.