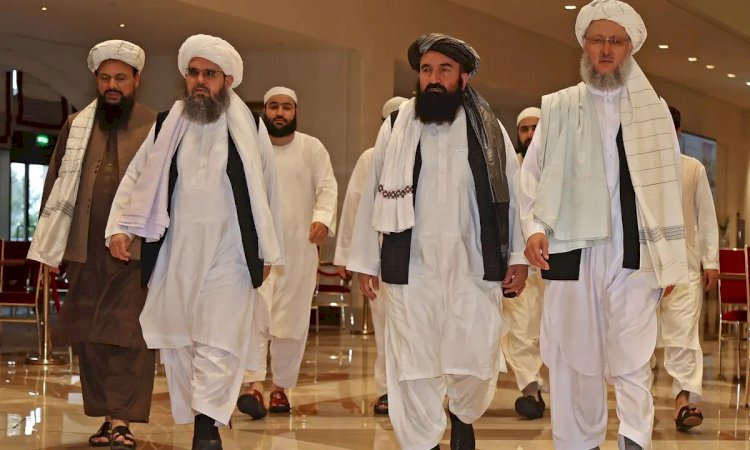 The US military withdrawal from Afghanistan and the sudden breakthrough of the Taliban by capturing the reign of the country are likely to reorient the direction of global geopolitics. The international powers, including Russia and China, are at a hasty move to make themselves safer in future through supporting the Taliban. However, like many international political cases, the Afghan issue also tends to victimize Islam and the Muslim communities worldwide on the eve of the assertion of the Taliban militia and their insurgencies. The western media, which have already equated Islam to terrorism, stating ‘all Muslims are not terrorists, but all terrorists are Muslims’ now wants to cement their stereotypical stand on roots and causes of terrorism.

It was the invasive policy of the imperialists, including Britain, Soviet Russia, and the US, which dragged Afghanistan to this pathetic condition. The supreme powers have always shown great interest in Afghan for strategic reasons since the land connects South Asia and Central Asia. Moreover, it is considered a roundabout that will facilitate moving to the Middle East and Eurasia. The British Empire invaded Afghan during the nineteenth century, and the Afghan warriors recaptured it through years-long series of Anglo-Afghan war. After the British, Afghanistan witnessed the military intervention of Soviet Russia during 1979-1989. It was the time of the cold war between Soviet Russia and the US. When the Soviet Russia intended to conquer and preach the Communist ideology across the land, the US secretly moved to check the Russian breakthrough through utilizing its spy agencies.

The US, with the support of Pakistan and Saudi Arabia, helped the Afghan Mujahidin by giving arms and ammunition besides financial assistance to madrasas. Many misinterpreted versions of Islam, such as the concept of jihad, was taught in such madrasas to ignite the mindset of tribal warriors. However, the result was that the well-trained and equipped Afghan warriors reversely turned against the US when the latter demanded them to hand over its supreme leader Osama bin Laden, the accused culprit behind the notorious 9/11 attack. Simultaneously, the US alleged the Taliban as protecting the culprits of the same outbreak, and invaded Afghanistan to purposefully destabilize the Taliban government. After 20 years of invasion, now the US withdraws from the land in the most humiliating way. At the inception of the invasion before twenty years, the US vowed they would uproot the militant outfits, including the Taliban and the Al Qaeda from Afghan, whereas now the so-called militant outfits are only on the screen.

Expecting a Moderate Stand from the Taliban

Ostensibly, the world is witnessing the cruelties of the Taliban warriors as part of capturing the rule of Afghanistan. Their leaders proclaimed that the Sharia law would be implemented in Afghan although it may not be rigid and conservative like their early regime from 1996 to 2001. Nonetheless, as traditional Islamic scholars including Sheikh Asrar Rashid and Sheikh Imran Hussain have opined, the Taliban should retrospect their stand on the Sharia law. According to Sheikh Asrar Rashid, the Taliban’s view of Islam being intertwined with their tribal ethical code is unlikely to be matched with the genuine principles of Islamic Sharia.1 For instance, prohibiting women from the public domain and deliberate imposing of growing beard upon men do not coincide with the moderate way of Islamic Sharia. As Talal Asad, the US scholar, explains through his notion of ‘discursive tradition’,2 Islam is being articulated in different forms in various regions of the world. The distinctive culture, social ethos, and history of an area are likely to play significant roles in conceptualizing its Sharia-based Islamic law.

In the case of Afghanistan, the Communist Russian soldiers, who were antagonistic against the religious symbols, compelled Muslim men to remove their beard and ordered Muslim women to put off their veils. As a response, the Afghan youth stood against the Soviet Russian soldiers who were invading Afghan with the support of the People Democratic Party of Afghanistan (PDPA) during the 1970s. Thus, after their withdrawal, from Afghan in 1989, the anti-Communist Afghan youth reacted firmly by clinching with the Sharia symbols, including beard and veil. In other words, their adherence to such symbols has an anti-colonial face as a mark of political and religious resistance.

The authority of the Taliban, however, should keep in mind that the Sharia law should not be imposed upon anyone as the spirit of Sharia is against any compulsion. Therefore, the recent statements of the Taliban leaders that they would allow women education and representation in the public domain, and pardon those who supported the US puppet government, are most welcome. It reveals that presently, the Taliban think differently from their earlier stand during their rule from 1996 to 2001.

How did they Grow to this Extent?

The significant question here is, despite being a militant outfit, how the Taliban could keep a lion share of Afghan under its control? Historically, the Afghani people, including different ethnicities, namely Pashtuns, who are the dominant majority, Uzbeks, and Tajiks were suffocated with incessant foreign invasions to their homeland. The internal governance was contaminated with corruption and lack of responsibilities. The native people realized -or the Taliban made them so- that the foreign invaders only protect their own strategic interest, setting aside the development and growth of the Afghan natives.

In 1994, Mulla Umar, an alumnus of Sang-i-Hisar madrasa at Khandahar, formed a movement named ‘Taliban’ (in Arabic, talib means student and in Pashtun language, Taliban is the plural form of talib), constituting 50 madrasa students from northern Khandahar. Within months, 15000 more students joined the Taliban, making it a mass movement to restore the political and administrative stability in the country. The Taliban gradually started to capture and govern some eastern and southern provinces of Afghan, and it occupied Kabul, the capital city. After shifting the capital to Khandahar, the Taliban ruled the country till the US puppet government overthrew them in 2001.

Within two months from June 2021, the Taliban could seize most parts of Afghanistan, including Kabul. Despite their negative image as a terrorist organization, how could they do it? How did they gain mass support? Since 99 percent of the population are Muslims, the foreign powers could hardly get the ground support in as much as the native people are against alien cultures and life-styles other than Islamic. The Taliban is a Sunni Islamic militant organization following the Deobandi jurisprudence, oriented towards the Hanafi school of thought. This evident Islamic face has attracted people regardless of their ethnicities and cultural diversities. Arguably, only this kind of religious sub-nationalism can be a tool to unite the whole Afghan people. 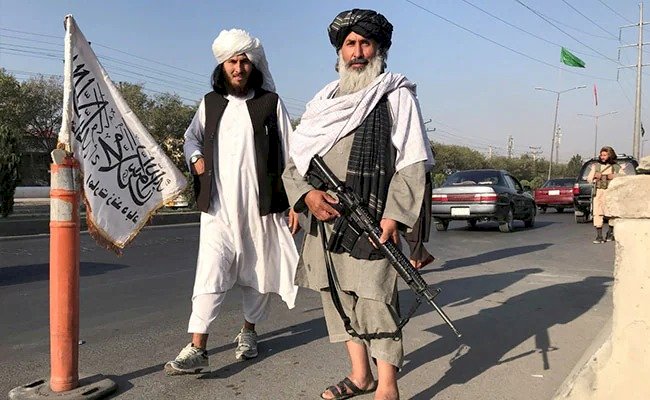 Islamness of the Taliban: Particular Vs Universal

Even though the Taliban could gain mass support through its explicit face of Sharia law, many of their laws do not match the universal and general creeds of Islam. For instance, with regards to their inheritance law, contrary to the Quranic teaching to give half of the inheritance to the female children, the Taliban law does not provide any share to them from the inherited property4. Such denials of inheritance are a part of the local Pashtun tribal culture, having no congruence with the values of Islam. That is, their Shariah law is contaminated with their indigenous code of conduct. Further, the patriarchal Pashtun culture has also influenced their acclaimed Sharia law.

This blending of the Pashtun culture with the ethical code of the Taliban has also contributed towards increasing its popularity as Pashtuns are a dominant cultural group in Afghanistan. That is why scholars including Sheikh Imran Hussain and Sheikh Asrar Rashid have suggested them to revisit their Sharia laws. Likewise, their approach towards other religious minorities should also be reconsidered accordingly, since news reports- though the credibility is always questionable- state that they have demolished the Buddha sculptures, which is against the Islamic way of co-existence practiced by the Prophet and companions.