What Education Means to Muslims? 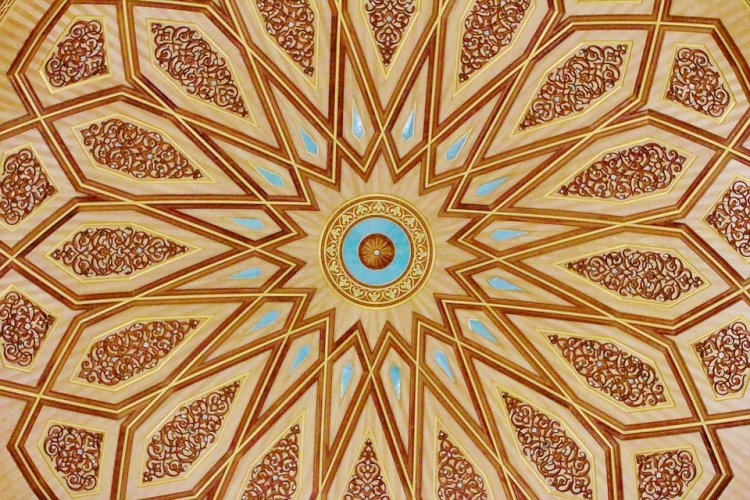 Islam is a belief system and a way of living. Muslims enliven Islam in their everyday lives by knowing faith, being faithful, and doing by faith.  Every individual Muslim is supposed to personify faith in his life by these three means, that he could be described as Muslim, a person who submits himself to his Creator- the meaning of the term Muslim.

In other words, Islam is not theoretical at the core. But, Islam is all about faith both in code and practices. All of our knowing, being and doing are faith-based.  The role of education in this process of preparing a Muslim -who commits himself to faith, and submits himself to Allah both in code and practice- is very clear. Yet, it is not clear, how it is possible to know elements of faith, which are mostly absolute or not that physical but are meta-physical. How can we put such code into practice, without understanding them? In fact, this is what makes Islamic education special, with regards to its intents, contents, pedagogy and andragogy, the teacher, and specifically the outcome. If that is so, then what is the purpose of education in Islam?

Knowing faith, being faithful and doing by faith -which are the means of becoming a Muslim more or less -correspond to the mental, spiritual and physical aspects of human faculties of mind, soul and body. Although, mental organs in us are of opposing nature and characteristic to those of physical organs and faculties, so are our spiritual faculties when compared with the other two faculties of body and mind. Yet all the three faculties reside in each one of us. They are so integrated, inseparable and holistic. Certainly, each of the soul, mind and body have corresponding wants and needs too, even though at times we are unaware of.  The Arabic term 'insan' which is used to describe humans, in fact, indicates the unmindful nature of humans of their own characteristics, duties and destinies while living on the surface of the earth. Education is a process of reminding humans of keeping a balance among needs and wants of soul, mind and body that they acknowledge such balance and strive on realizing them in their lives. The word, ‘adab' in the Prophet's saying about his own education, indicates the significance of keeping the order or hierarchy and balance between the needs and wants of soul, body and mind.

Our beloved Prophet Muhammad (s) describes how he was educated, “Allah educated (addaba)  me and made my education  (ta’dib) excellent.”

In short, 'adab' is the objective of any Muslim education system.  Education is a valuable legacy that Islam has persuasively asked each and every Muslim to strive hard to acquire.  If we analyze the anatomy of the specific revolution in human affairs that the arrival of Islam activated, we shall see that its motivating force or sustaining energy was not political or economic but essentially and naturally it was educational. Hence, educators should be cautious of the erroneous conception of intents, contents, pedagogy and andragogy, the role of the teacher as a mu’addib, and specifically about the outcome of the whole process that has crept in the process of educating Muslims (al-Attas, 1979).

Islamonweb will continue with further deliberation on the term ta’dib, and how education in Islam is generally understood as a process involving ta’lim, ta’dib and tarbiyah through this section on education.  Each of them, if taken independently and out of its place and balance might pervert the real setting of education. Also, further deliberations are warranted on the nature of humans, their destiny and duties, the nature of the physical world, and the reality as such, the concept of knowledge, truth, etc. Very importantly, clear articulation on the place of faith in the whole process of education at all levels both through formal and informal means is very much demanded. Perennial knowledge derived from Qur’an and the Sunnah thus plays a significant role in moulding  Muslim minds. This answers the first question we had raised. In other words, the concept of God, His Essence and Attributes, the angels, the revelation, its meaning and message, the prophets, their life and Sunnah, history and messages, the basic revealed laws, etc. are then basics of Islamic education, be it at any level.

Also Read:Enrolling into a Humaniversity and Understanding the Meaning of Education

Now it suffices to mention that education, when understood from the Islamic legacy, is not just a process of training one person for a specific skill, which falls under the category of Tarbiyah, without taking Ta'dib and Ta'lim into account. What is meant by Tarbiyah is training of personality traits and vocational and career skills. Training is preconditioned on the knowledge of foundational principles, such as codes of belief, of personal character, physical, intellectual and career needs.  Ta’lim means teaching in general.  It includes all types of teachings, be it spiritual, cognitive, vocational, technical, etc.  When it is along with Ta'dib it is specifically related to human temperament and betterment of his relation towards his Creator, his fellow human beings, and the surroundings at large. These terms connote the integrity of humans, as soul, intellect and physical body, each having its own needs and wants. Hence education should cater to humans' spiritual need for guidance regarding ultimate truths (al-haqq); their intellectual needs so that they could make sense of their existence as well as could desire to acquire knowledge; their physical needs for food, activity, and sex; and their social needs for affection, ‘belonging’, and status within a social group. Either of these needs of human beings cannot be just ignored since the soul, intellect and body are integral to humans. However, they are fated to be nourished, rather disciplined in the most balanced form while humans live on the earth which is also materialistic. Let's stop here with an important remark from the renowned Muslim educationist of the contemporary times, Syed Muhammad Naquib Al-Attas. He asserts that the real crux of the problems arising in Muslim nations "is the problem of knowledge" (1990).