Contemporary Implications of Hijrah: An Overview 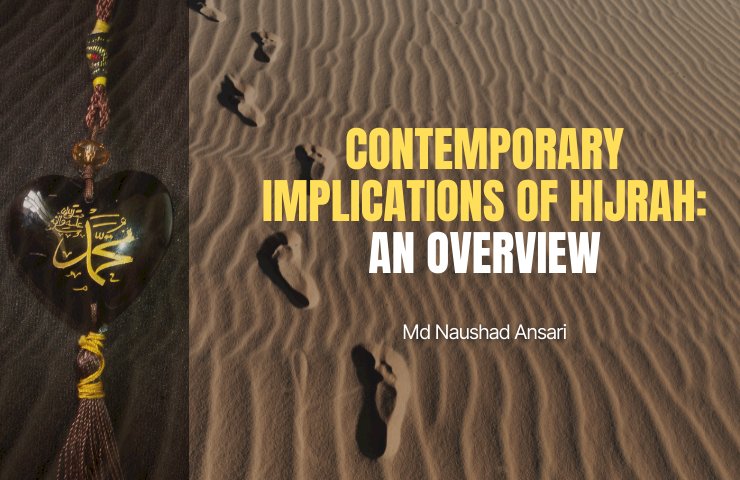 Hijrah, which means “exodus or migration”, has played a significant role in the growth of Islamic culture and civilization. Furthermore, it opened a new Islamic calendar authoritatively agreed by Umar (R), the second Islamic Caliph.[i] Hijrah was a divine command to the Prophet Muhammad ﷺ asking him to migrate to Madīnah because of the physical, mental, social, and religious worries caused by Meccan pagans in 622 CE. [ii] It facilitated the Prophet ﷺ and his disciples to grow and be fortified not only in Madīnah but also in Makkah and partially in other parts of the Arabian Peninsula.

Indicating the migration, the Qur'ān says, “And those who migrate in the cause of Allāh and are then slain or die, certainly will Allāh provide them with a goodly sustenance, and verily Allāh is the best of providers”.[iii] The prophetic traditions also mention like “actions are by motives so each man will have what he intended. Thus, he whose migration was to Allāh and His messenger, his migration is to Allāh and His Messenger; but he whose migration was for something worldly thing he might gain, or for a wife he might marry, his migration is to that for which he migrated”.[iv]

Throughout the Islamic history, we see many other prophets before Muhammad ﷺ such as Ādam, Ibrāhim, Lūth, Yūnus, and Mūsa who have migrated. The Prophet Adam (A), the father of humanity, migrated from paradise to earth. Hence, the tradition of Islām deliberates all human beings as migrants. Therefore, the elemental homeland of humankind is heaven, while the earth is a momentary rearrangement. This appears to be central in prophetic words as well. He associates himself with a traveller who stays for a short time to rest under the shadow of a tree and then continues his journey.[v]

Why the Prophet Muhammad ﷺ selected Madīnah while it was supposed as ill-centred and a disease-dominant area?  Was Madīnah safer than Abyssinia and Arabian cities? What are the lasting benefits of Hijrah being experienced in the contemporary world? These are some of the central questions to be deliberated and reflected with regards to Hijrah. 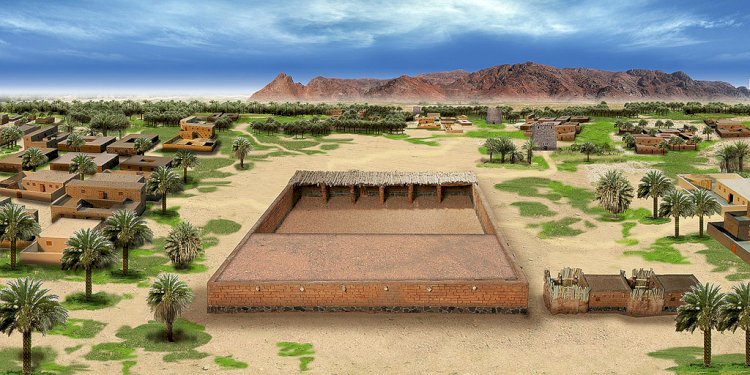 Madīnah, the most cherished city of the Muslim world, was known by diverse terms before and after the prophetic migration like Thoiba, Tāba, Taibatu al-Tāba, Yathrib, Madīnah, Madīnah al-Nabi, and lastly al-Madīnah al-Munawwarah.[vi] It is one of the olden cities of Saudi Arabia governed by Jews[vii] and was populated and inhabited before the migration of Muhammad. Madīnah turned into the political hub of the Muslim world, and it became the second holiest city following the Makkah. Despite being an ill centred city and a disease dominated area, the Prophet had chosen to migrate to the land for several reasons:

Abyssinia (Ethiopia in modern history) was important to Muslims because its monarch Negus supported Muslims.  Negus was against persecution while he provided satisfactory asylum to Muslims.[ix] The Prophet Muhammad ﷺ entreated hundred plus disciples to live progressively without producing any infuriation. Answering the question, Abyssinia was far away from Madīnah that needed much more expenditure and utensils to migrate. Undoubtedly, Madīnah was safer than Abyssinia because Madīnah was expected to be governed by Muslims in contrast to Abyssinia as it had a monarch named Negus.[x] Following the demise of Negus, a chaotic situation might have occurred, but not in Madīnah. The Prophet’s ﷺ followers migrated to Abyssinia only to keep themselves safe so that Islām might not be completely eradicated in case genocide was committed against Muslims in Makkah.[xi]

The migration to Madīnah turned the possibility of establishing a powerful political system and the stabilization of Islamic society and faith, which is being experienced even after fourteen centuries.  The footprints of the Prophet in relation to the political system are largely sensed and experienced in Arabian countries while partially worldwide. The migrants were made brothers to the inhabitants of Madīnah as the Prophet ﷺ said, “Every Muslim is the brother of each other”.[xii]  Universal brotherhood is one of the important teachings of Islam as indicated in traditions, “A Muslim is brother of a Muslim. He neither does wrong him, nor puts him to disgrace, nor does he hate him…Every Muslim’s blood, property, and honour are sacred to another Muslim”.[xiii] The belief articulated above is not only applicable to Muslims at an individual level but also at national and international levels.  A Muslim country, therefore, would regard other Muslim countries as brother nations and would extend every sort of help to his brothers in every field of life such as defence, economic development, education etc.  If there is a conflict between two brotherly Muslim countries, it is imperative for other Muslim countries to arrange reconciliation between the two.[xiv]

Hijra paved the way for inter-community and interfaith dialogues, particularly in Arab and worldwide in general. It lessened and caused the end of hatred and violence in Madīnah. Had not the case been so, there would not have been even a single believer to embrace Islam. Every member of other faiths could securely survive with Muslims because the Prophet ﷺ trained them to live peacefully with everyone. He went to Jewish homes for invitations and borrowed things from non-believers. Treaties and agreements were performed between Muhammad ﷺ and non-believers. Religious pluralism was observed as a reality by Muhammad ﷺ to boost social security and individualistic protection. Likewise, the Qur'ān has also approached religious pluralism as seen in the verse, “You have your own chosen religion and I have mine”[xv].

In nutshell, migration is an important chapter of Islamic history that helped to grow Islām worldwide.

(Md Naushad Ansari is a lecturer at Assam Campus of Darul Huda Islamic University. He has written and published numerous articles in English and Urdu. He is currently pursuing post-graduation in sociology from Indira Gandhi National Open University)

[i] Matan Uberman & Shahul Shay, Hijra According to the Islamic State: An analysis of Dabbiq, Singapore, International centre for Political and Terrorism research, P 1-3