Islam or Muslims didn't attack Salman Rushdie, a criminal did 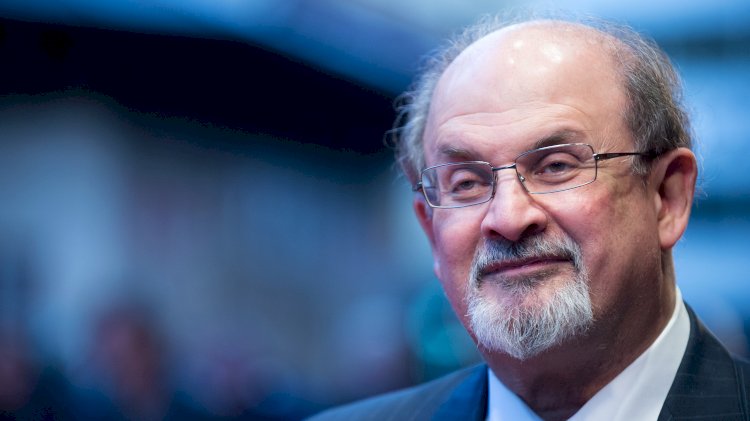 Being a supporter of Donald Trump, Shiffer was outraged by the FBI search of the former president's Mar-a-Lago estate in Florida. The raid had happened on Aug 8, 2022, three days before Shiffer tried to break into the FBI office and was killed.

The morning after the Cincinnati incident, on Aug 12, 2022, Salman Rushdie was about to give a talk at the summer arts festival organised by the Chautauqua Institution in southwestern New York state.

As the illustrious author was introduced to the audience and he was about to speak, a knife-wielding miscreant named Hadi Matar from New Jersey's Fairview briskly ran to the podium and stabbed the writer several times and badly injured him.

Both dastardly attacks took place in the US and were carried out with the intention to harm. The security arrangements in the two settings were quite different, and this explains Shiffer's failure and Matar's success in inflicting pain and suffering.

Whenever such extreme acts are committed anywhere in the world and are reported in the media, Muslims collectively experience feelings of fear and anxiety about the identity of the perpetrators. What if they are of Muslim background!

A sigh of relief is breathed by Muslim communities if the culprits are identified as non-Muslim. If the perpetrators happen to be from among more than a billion strong – and growing — Muslim population, Muslims and their religion are subjected to constant media attacks and criticisms.

The consequences are generally more acute for Muslim minority populations who suffer from a heightened sense of safety concerns and possible street harassment.

As regards the Chautauqua incident, both the attacker and the attacked are of Muslim background. It is all the same to those who set the tone of media coverage. As usual, Islam and Muslims have received the same predictable (negative) media judgment.

One media story in the aftermath of the attack on Rushdie reads "Salman Rushdie's attack is on everyone who believes Islam deserves special treatment" (Independent, UK, Aug 13, 2022). In the same vein, in a Twitter post, France's Emmanuel Macron said: "[Salman Rushdie] has just been the victim of a cowardly attack by the forces of hatred and barbarism."

Rushdie was assaulted by one individual who happened to be a Muslim. But, why is the religion of the attacker brought to the forefront for examination? Why did Macron choose the plural noun "forces"?

This is what the politician and writer Shashi Tharoor feared in his interview with the UK-based Channel 4's Krishnan Guru-Murthy. According to Tharoor, Matar's act would do a "disservice" to the global Muslim community, as Islamophobic "bigots" would use it to portray Islam "as a religion of intolerance and violence".

Associating Islam with fearful concepts and the one-sided caricaturing of Muslims as mired in fanaticism have now become clichés. However, it is hard to miss the stark contrast between the media treatments of the two similar incidents that happened within a span of less than 24 hours and in the same country (USA).

Rightly, the religion of Ricky W. Shiffer and its followers have been kept at bay in the discussions of his actions. But, why is it different in the case of Hadi Matar?

Despite the media barrage of negative images of Islam and Muslims, I believe it is not difficult for a sensible person to understand that the writer Salman Rushdie was attacked by a rascal, not by his religion or its followers.

The writer teaches English and postcolonial literature at International Islamic University Malaysia. He can be reached at mmhasan@iium.edu.my

This article was originally published on https://www.nst.com.my/  (New Straights Times) on August 17, 2022.