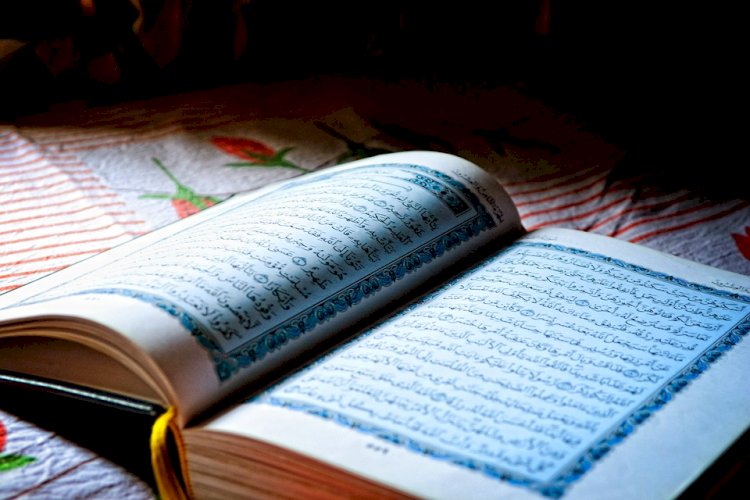 The holy Quran miraculously abounds with scientific facts. Despite the fact that the Quran was revealed over 1400 years ago, the scientific facts it mentions are being discovered recently only. It ranges from basic arithmetic to the most advanced Big Bang theory. It deals with embryology, palaeontology, oceanic separation, quantum relativity and a number of  scientific miracles.

Big bang theory, discovered by George's Lemaitre, an astronomer, explains how the universe began. The theory stated that very long ago, the universe started as a single point like a rapidly expanding balloon, it swelled from a size smaller than an electron to nearly its current size.

Though, the big bang theory, which shows the evolution of the universe, was discovered in 1931, it had revealed properly before 1400 years in the Holy Quran which says:

“Do the disbelievers not realize that the heavens and earth were ˹once˺ one mass then We split them apart? And We created from water every living thing. Will they not then believe?” (al-Anbiyā': 30). This verse describes the early moments of the earth. The Arabic word 'rathq' in this verse means closed up mass. A dark closed mass is a perfect description of what we know about the universe in its earliest moment. The heavens and the earth were indeed opened out from this mass to produce the universe to a shape we see today. When we compare the statement in this verse with the big bang theory, we see that they are completely in harmony. However, the Big Bang was introduced only in the twentieth century.

A number of scientists and Muslim scholars have given different interpretation to this verse. Dr. Alfred kroner, the world's renowned German geologist, commented on this verse by quoting that “this can't be from Muhammad nor can it be from human information of this time. A person does not know what he had, in my opinion that he is in a position where he reveals with mind that the earth and the heaven had the same origin" (This is the truth-Abdullah M Al Rehaili). He says that the meaning of this cosmic verse continues to expand with the expansion of the circle of human knowledge in an integration that does not know contradiction and this is the most eloquent aspect of miracles in the book of God.

Dr. Zagloul al Najjar, an Egyptian theologian, explains that this noble verse is clearly indicating that the universe in which we live is a creature that has a beginning. He outlines the verse by explaining that God almighty began the creation of the universe from one elementary body and then commanded the hernia of this primary offence and it turned into smoke and from this smoke, Allah created the earth and sky.

The American astronomer, Edwin Hubble, observed in 1925 and was the first to prove that the universe is expanding. Hubble's most genius observation was that the redshift of galaxies was directly proportional to the distance of the galaxy. This means that the universe must be expanding. He announced his finding in 1929 and was widely accepted by the whole world. This was a miraculous discovery in the scientific field. In his Brief history of time, Stephen Hawking stated that the discovery that the 'universe is expanding' is one among the intellectual revolutions of the 20th century. But this fact was clearly announced by holy Quran 1400 years ago, as seen in this verse:

“And it is We who have built the universe with [Our creative] power; and, verily, it is We who are steadily expanding it” (al-Dhāriyāt: 47).

In this verse, Allah revealed that "we are steadily expanding it” which was proved to be right by the scientific observation. In the above verse, the word heaven refers to space and the known universe. It happens to be expanding, as stated in Hubble's law. Allah, the omniscient, the omnipotent and the omnipresent, is known by different names. In this context, it is more suitable to point out one of the names al-wāsiʿ (الواسع). From this word itself, it is clearly known that he was an expander. He expands whatever he wishes. He has the ability to expand the universe without the help of anyone as he was the creator of the whole world. The almighty expands the universe beyond the calculation of human being.No one can predict Allah's action. But he knows everything in the universe.

Focused on this verse, debates are occurring in the scientific field, and there are different views and interpretations. Today's most popular interpretation is expansion of the universe, which fits with Hubble's law proving the divinity Quran. Many Muslim scholars such as Faheem Ashraf of Islamic research foundation international and Shiekh Omer Sulaiman of Yaqeen institute of Islamic research argue that the scientific theory of expansion of universe was described in above verse in surah al-dhāriyat. Hazrat Mirza Thahir Ahmed, in his book, Revelation, Rationality, Knowledge and Truth, pointed out the above verse on the expansion of the universe by saying that "It should be remembered that the concept of expansion of universe is exclusive to the Quran .No other divine scriptures even remotely hint at it.”

All these things underline that the Quran is the divine book filled with countless scientific facts and reasoning, which includes what the science had discovered and not yet discovered. It was the Prophet Muhammad (ﷺ) an illiterate man in Arabia, came with the description of the scientific miracles.  The revelation of this scientific truth in the Quran before 1400 years again proves the Quran's divinity.