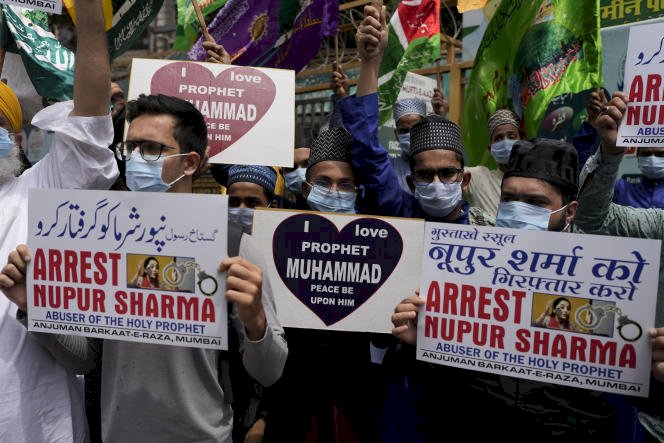 The message was delivered by various Imams of mosques in Islamic countries and the Arab world after Friday's special prayers. The message addresses Muslims in India in the wake of the blasphemous comments that insulted Prophet Muhammad (SA)

We are saddened to hear the insulting comments on the Prophet from a country like India. In the wake of the condemnable remarks, I want to draw your attention to two points. Insulting the Prophet causes us to feel sorrow. No believer can tolerate such comments. Same time, the bleak scenario could be perceived as a lead that gives a ray of hope for the bright future of Muslims in India. The saga of our forefront fighters denotes the fact that such defamations of the Prophet (SA), cause them to fall and fail.

They say, "We were on the brink of disappointment after the days-long siege on the enemies. While remaining gloomy, we, sometimes heard some making insulting comments about the Prophet. Such remarks often aggravated our plight and left us outrageous. But, victory often soon followed our frustration and anger. What we are taught is that every community with a record of insulting the Prophet has failed to survive. So, we anticipated victory after the blasphemous comments made on the Prophet."

We learn that the government policies have left the Muslims in India to suffer, and the grim scenario has been prevailing for the past few years. The recent incidents could be seen as sounding the bugle of the culmination of the current gruesome issues faced by Indian Muslims.

The second point is that even though Muslims are minorities in the country, India is the second-largest country with a Muslim population. Muslims in India are obliged to acquaint their brothers in other religions, including the extremist Hindus, with Islam and the Prophet.

It's high time we leave the differences aside and embrace the fact that all are followers of the same Prophet. Firstly, follow him with your life. Let others witness the charisma of the Prophet through your virtues and deeds. Convey the charismatic and virtuous elements of His life. Tell them his life is a blessing to the entire humanity, and he is a manifestation of the divine light.

In the life after, they will be asked why they insulted the Prophet. If they answer that they were unaware of the Prophet's grandeur, you will be responsible for their ignorance. Try to introduce the Prophet to non-Muslims while spreading his messages.

Hatred and detachment are worth nothing. Love and compassion solve issues. As Muslims, you are obliged to initiate steps to address the woes. If the gaps are bridged, they will acknowledge Islam and the Prophet. None can abstain from loving the Prophet if he realizes the grandeur of the great reformer. May Allah bless us all.