De-Westernization of Education is a Dynamic Stabilism through Ta'dīb: Interview with Prof. Wan Daud, Malaysia 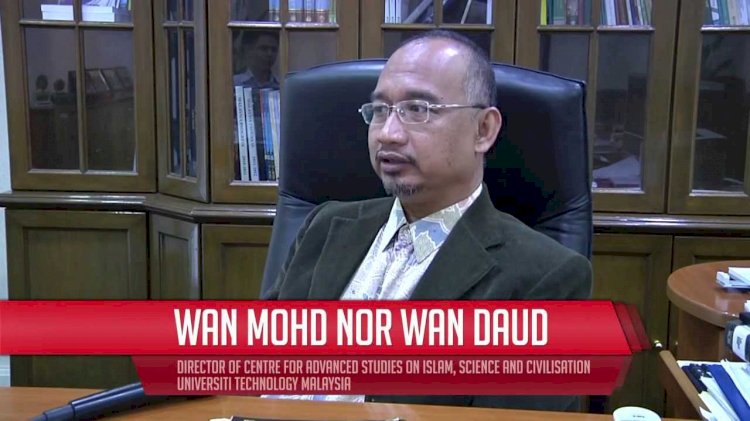 Prof. Dr. Wan Mohd Nor Wan Daud is a scholar, educational administrator, intellectual activist and motivator, as well as a poet.  He is well-known nationally and internationally through his academic writing and activities covering various aspects of Islamic education and epistemology.  In February 2011, he founded the Center for Advanced Studies on Islam, Science and Civilization (CASIS), at the University of Technology Malaysia (UTM), Kuala Lumpur.  Since then, he has shouldered the responsibilities of being the Director of a rapidly developing postgraduate centre of excellence at UTM.

He was formerly the Deputy Director of the International Institute of Islamic Thought and Civilization (ISTAC) under the auspices of its Founder-Director - one of the most creative scholars in the contemporary Muslim World, Prof. Dr. Syed Muhammad Naquib al-Attas. At ISTAC, Prof. Wan Mohd Nor assisted Prof al-Attas in all aspects of curricular planning and instruction, student development and supervision, library acquisition, publication, seminars and public relation, which significantly contributed towards making ISTAC a distinguished Islamic research and postgraduate centre by international standard. As Deputy Director, he functioned in the role of deputy vice-chancellor at a public university in the country.

In this short interview, which was conducted at Kuala Lumpur, Malaysia, he highlights his views on the concept and practice of ta’dīb in education standing on an Islamic framework of education. He asserts that the solution for the corrupted system of education, especially in our circles, is overcoming the incumbent inferiority that the West has systematically imparted to us, and reclaiming our originality by getting rid of artificiality. Following is excerpts from a conversation between Prof. Wan and me:

Prof. What is the practical way to practise ta'dīb, the true educating process of Islam as explained by you referring to Al- Attās, in a Muslim minority country while the Muslim countries are still failing to implement or even think of it in a realistic way?

Ta'dīb as education is the process of instilling right knowledge and developing proper discipline of the soul such that a person knows the right and proper places of everything that he encounters/thinks in relation to Allah subhanahu wa ta'ala. With this knowledge and discipline, he will be able to think and act accordingly, being constantly aware of Allah subhanahu wa ta'ala. Instilling the right adab (Ta'dīb) is not only in the religious sense but also in the intellectual, social, political, cultural, artistic, environmental sense.  But all must lead to, motivated by God-consciousness and strong spiritual-ethical considerations. In all aspects of human development, the example and teachings of prophet Muhammad SAW must always be the central reference.

In the context of the Muslim minority, ta'dīb requires the knowledge of Islam as a religion and civilization as well as its contributions to the world history and civilization, especially in the Indian civilization, its sciences, arts, music, architecture and human ethical and social development.

Muslim minorities must demonstrate excellence in all fields of education and economic and scientific fields, even in small numbers; but most importantly must demonstrate consistently high religious-ethical integrity, strong social cohesion and moderation in attitudes and actions. 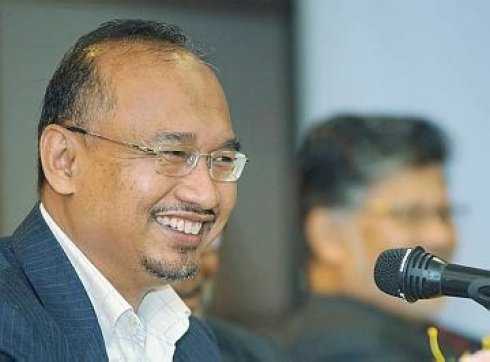 Each community of scholars and educators must plan and act according to their knowledge, vision, and capacities. It doesn't matter what the others, including the Arabs, are doing. We can indeed derive lessons and wisdom from the success and failures of others.  De-Westernization does not mean a rejection of everything Western or foreign because that is opposed to the teachings of Islam. It implies a rejection of uncritical imitation or acceptance of Western or foreign ideas, concepts or institutions, and methods.  De-Westernization is also a critical response towards ideas, concepts, and methods of thinking and doing that come from the West. Everything that is compatible with the worldview, ethical-legal framework and principles of Islam can be accepted with due adjustments based on personal and community's needs and abilities.  Those that are not compatible can either be totally rejected or reduced, expanded, changed, transformed accordingly. The whole process is a part of what is called Islamization.

You have called the process of Islamization “dynamic stabilism”. Could you please brief on these terms?

Dynamic stabilism is a concept I developed as a moderate position between two extremes: closed-mindedness and rigid behaviours of conservatives on the one hand, and the destabilizing attitudes and uncritical imitativeness of the liberals and modernists/postmodernists on the other. Islamization is a dynamic process of learning, thinking, analyzing, evaluating, assimilation, integrating, rejecting, improving our selves and communities based on the deep knowledge of the worldview of Islam, legal-ethical frameworks and principles, and as well as of Islamic civilization.  We can, and in some instances, must also learn from the others. Hence Islamization is also based on our deep knowledge of other cultures and civilizations: historical and contemporary.

Since it is based on the certainty of knowledge of our religious, ethical-legal framework and principles as well as the great exemplary personalities of the Prophet and the Muslim luminaries, Islamization is stabilizing and harmonizing both at the personal level and also at the community level and beyond.

Abu Sulayman has emphasized the Islamization of education at primary level. How do you perceive the systematization of primary education? Should we not consider it as our prime concern before we think of higher educational institutions?

Lower level education such as kindergarten, primary and secondary etc. are indeed important, not only in themselves but as preparatory for higher educational levels. However, what most people forget is the fact that all teachers, curriculum designers, textbook writers and other education materials experts of primary and secondary levels are all products of higher learning institutions.  So, the proper success of lower levels of education must depend on the success of higher-level education. Furthermore, the products of higher education also become leaders of the nation and all the other aspects of national life. The Holy Prophet ﷺ said children are born in fitrah, it is their parents who turn them into Jews, Christians or Majus which underlined the singular importance of adult and higher-level education.  Prophets (bhut) were sent to adults as their immediate audience who are already mentally mature. Revelations like the Qur’an were sent to those who can think, who are intellectually mature as well.  These people will be good teachers of children; hence the reform of higher education will necessarily be more strategic and significant than other levels.

It is great to know that you are very much experienced in educational planning under the Malaysian Ministry of Education. As an educational activist, how do you experience the lack of proper vision and mission in Islamic or Muslim educational institutions?

Lack of proper understanding of Islamic worldview, its ethical-legal and civilizational perspectives and achievements vis a vis the others especially those of the modern West has caused many well-intentioned Muslim scholars and policymakers to take a short cut in their endeavours; to interpret key Islamic terms and concepts as well as institutions from modern and popular Western perspective; to separate between the importance of careful intellectual and moral training with practical products, and to ignore and sideline great Muslim thinkers and scholars on the allegations that they are not practical or relevant; to ignore the importance of the history of ideas and institutions, and to finally waste a lot of scarce resources whether human and material.

You have explicitly cleared that what is the loss of adab through many of your writings referring to your “Murabbī”, (can I use the word here?) Al-Attās. Could you please mention the loss of adab specifically looking to our institution faculties and how does it reflect on a Muslim learner?

Loss of adab has grave consequences in the religion, sciences and social and cultural life of Muslims. It levels everything and everyone on the same popular level decided mostly by general political, social-economic and cultural trends.  In fact, the loss of adab has become worse. The truly spiritual, intellectual and humanistic are made to even lower than the scientific, technical and economically relevant subjects and disciplines.  Everything is being judged and evaluated from the prism of economic and political utilitarianism.

Thank you so much, Professor, for spending some time and sharing your valuable thoughts with me. Jazākumullāh khairan.