Character Development in the Thoughts of Imām al- Ghazāli 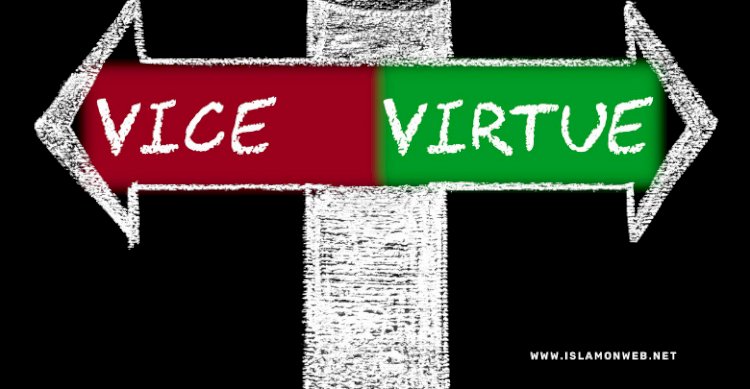 Almighty had created the world and whole things in it for a purpose. Among them, the supreme creature, the man, is intended to have the ultimate purpose. Al- Ghazāli names the good actions as munjiyāth, and we may term that as fadāil or the virtues and he named the evil actions as muhlikāth and we may term it as radā’il or the vices. The man has to do the virtues for attaining good behaviour and shouldn’t do the vices to achieve the moral end. In the virtues, the highest degree is standing on the love of God. For this, he has to give up the life of passion and accept the life of reason by which he can attain the nearness of God.

Al- Ghazāli says that man has two kinds of forms, Khalq (the physical form) and Khuluq (the spiritual form), as we mentioned earlier. “Khuluq (character) comprises the spiritual constitution of man, his natural self from which actions advance freely and easily, without much deliberation, hesitation or restraint on his part.”  It is the sum of   (a) the ability to perform the good and bad actions, (b) control over action, i.e., actions are voluntary, (c) the knowledge of actions, and (d) a state of the self which is inclined towards both good and bad.[i] The actions, faculty and knowledge are indispensable for the functioning of the character and so that none of these is good or bad itself except in relation to the character and the character is not identified with an action or faculty or knowledge.

Character is inherent in the self. It is permanent, not incidental or momentary.[ii] For example, a man who spent once a huge amount of money to the poor by dint of overwhelming emotions will not be named as generous. But, when he spends it frequently without any hesitation, we may call him generous because his spending is permanent, and part of his character.

Al- Ghazāli says that the fundamental elements of the inner constitution are the reason, appetite and self-assertion, i.e., aql, shahwāth, and gadab, respectively.[iii] If these three elements are utilized in the correct proposition, humans can achieve a fantastic character. In addition, adl or justice is another type of character which maintains balance, preserving harmony between them[iv]. Therefore, when appetition and self-assertion overthrow the reason, there will be created some bad actions.

No one can be morally good in a single day. It is the result of regular actions that make an individual attain good character. Then, the progress on the development of character is dependent upon three, namely inherent tendencies, unconscious imitation, and voluntary efforts of the will.[v]

The character is affected by the unconscious imitation of his frequent associates. The Prophet (pbuh) declared that “every child is born with fitrah; it is his parents who make him a Jew or a Christian or a Magian”.[vi] Al- Ghazāli believes that everyone possesses a love for the knowledge of the truth; if somebody has never loved the truth, his heart is diseased. Also, al- Ghazāli claimed that there is an interconnection between the body and the mind, i.e., mental habits can influence the internal process of the body and vice versa. Hence, the multiple and repeated actions can impress the character and create a new attitude of mind.

Division of Vices and Virtues

Al- Ghazāli divided the vices and virtues into two categories; first, those related to actions and classified psychologically, not in a religious way. Second, those related to the heart and determined by the soul. The love of the world and the self and lack of fear and love towards God are generally accepted as the fundamentals of the vices regarding the heart, which will reflect in his behaviour. The love and fear of God and the absence of self-love are the roots of the virtues regarding the heart. We can conclude that God is the motive for the entire system of morality. This system guides him not only to divine satisfaction but also to the development of good behaviour.

Prof. M. Umeruddīn has illustrated the virtues and vices in his work “the ethical philosophy of Ghazāli” and divided them.[vii] Here is a classification model of virtues and vices based on Ghazāli’s “Revival of Islamic knowledge”.[viii]

Knowledge is of two types: ilm al muāmalah and ilm al mukāshafah. ilm al muāmala involves ilm al bātin[ix] and ilm al zāhir.[x] Virtues in ilm al bātin help the soul to be perfect, and it must be acquired. Patience, thankfulness, hope, fear of God, trust in God etc., are some of these virtues. On the other hand, the vices in ilm al bātin are dangerous and must be avoided to cleanse the soul. Anger, pride, vanity, hypocrisy, malice, appetite, and passion etc., are examples of vices. Ilm al zāhir comprises ādat and ibādat, or modes and worship. The first will create the considerations of good manners in all activities. Table manners, social relations, and manners of promoting good and prohibiting bad are examples of modes.  The latter is the form of religious activities like prayer, fasting, recitation of holy Qurān etc.

Vices are unethical practices of the natural propensities of an individual. These propensities are dangerous when they produce the love of the world.  As we mentioned earlier, the love of this world is the root of all vices. If anyone obeys the reason in a correct proportion, there will be no vices. Hence, vices are wrong developments of human propensities which act as the curtain between man and his goal.[xi]

(1) Those connected with the physical organs of the body and are abominable in nature, like the eye, sex, tongue etc.

(2) The vices that are not connected with certain parts of the body and are abominable in nature, like anger, malice, envy etc.

(3) The vices that are distinctly human and are accomplished by man intentionally, like pride, vanity, love of wealth, and love of position.

(4) The vices which may be consciously committed, but whose existence
is unconscious at higher spiritual levels, e.g., hypocrisy, willful deception etc.

Hunger is a paramount propensity for the whole living organism; so, it needs food. The food should be given in a specific amount, not in large measure, or else, it becomes the main motive for several vices.[xii] The opposite feature of this condition is abstinence, and it attracts many virtues. Abstinence can tone down the propensity of hunger and it helps keep it at a considerable limit and save the soul from transgression.[xiii]

Hunger has several merits; it maintains intellectual sharpness and reduces the heart’s impurities. If the stomach is filled frequently, the intellect becomes dull, and memory power will be weakened. Besides, gluttony leads to excess sleep, which makes a man lazy and careless.[xiv] It also leads to a harsh mind as he will become unsympathetic to the needy, causing many internal and external diseases.[xv]

Ghazāli points out that the sexual appetite is the strongest among all desires and passions.[xvi] He instructs that the sex appetite must be controlled by reason. The vices of the tongue[xvii], vices pertaining to Gadab, or aggressive self-assertion[xviii], pride, vanity, love of wealth[xix], love of position[xx], hypocrisy[xxi] etc. are also explained by Ghazāli.

The human life becomes virtuous if he utilizes his reason as a supreme object. The qualities produced by reason lead him to the perfect behaviour and thereby to the love of God. The value of the virtues depends upon the effects that make on the heart. There are two kinds of virtues; those that are means like meditation, piety, truthfulness, sincerity etc., and those that are both ends and means like absolute reliance on God or tavakkul, thankful praise to him or shukr etc.[xxii] Knowledge, state, and action are the three phases in the progress of virtue.[xxiii] Knowledge creates awareness of the realities, leading to the fear of God. From the fear, it goes to piety, repentance, and patience. This stage gives rise to sincerity and truthfulness, and finally, he gets the intimate spiritual knowledge of God through which he loves God, and it is the climax of perfection.[xxiv]

Mohammed Muneer P is a student, M.A History at the University of Calicut.

[vi] The famous hadith means every child is like a blank page when he is born; he is neither virtuous nor vicious. He is capable of doing both. But his character is affected by the environment which he is in.

[ix] It is the science of attitude or quality of the soul.

[x] It is the science of outward  activity.