“So That You may be Shown Divine Mercy” (LaʿallakumTurḥamūn) 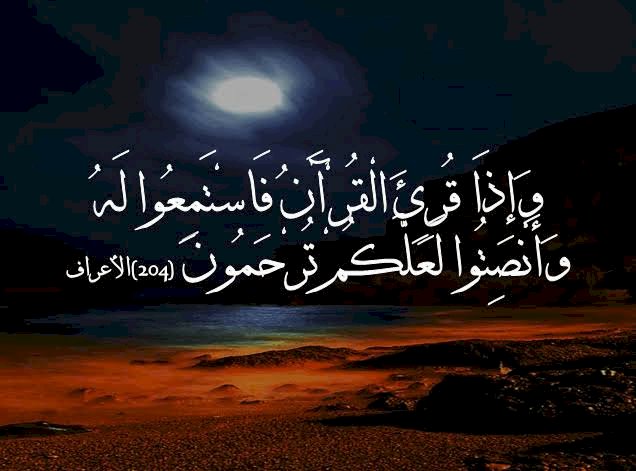 An ʿabd (slave of Allah) is always in need of the Raḥmah (divine mercy) from God because his or her existence depends on it. God decided to create us; he did it, then brought us out from the womb of a mother, raised, and guided us. We do not have any power to take decision with regards to 99 percentage of our body and mind, the climate, and the environment that we live in. The biological specification, habitation, ethnicity, the mechanism of our internal and external organs, mental processes, digestion, and the ability to speak, hear, see etc., are ascribed and given by Allah. We do not own anything; rather, we need the mercy (raḥmah) of the Creator.

The Quran counts a lot of means by which we achieve divine mercy. Many a time, Quran recounts like “LaʿallakumTurḥamūn”, which can be translated as “so that you may be shown mercy upon”.

Read Quran to find such promising usages out of which the primary one is the absolute general decree that “Obey Allah and his messenger so that you may be shown mercy” (3:132). The absolute sincerity and unconditional submission to Allah and his messenger are presented as the corner stone of attaining mercy in this verse. The succeeding verse explains the chain connection of raḥmah, which leads to maghfirah (forgiveness) with eternal success. Allah says, “And hurry up unto the forgiveness of your Lord and (hurry up) un to the paradise, which is as vast as heavens and earth, which is prepared for those who are God conscious” (3:133).

Quran moves the discussion further to connect raḥmah with the Quran itself, which is tangible trans-regional and trans-temporal quintessence of decrees of Allah ﷻ and the Prophet ﷺ. Allah says in the Surah “al-Anʿām”: “This is the holy Book which we descended. Therefore, follow it and be God-conscious so that you will be shown divine mercy” (6: 155).

All the injunctions to us are descended through Quran. Therefore, it is a serious book which Allah himself preserves through mechanisms, which we did not experience in earlier scriptures, like the practice of Hifẓ (memorization) and developing the science of recitation, the science of Tafsir (Quranic exegesis), the science of Balāghah (rhetoric) etc. Allah wanted every one of his slaves to listen to it carefully. Moreover, He relates that keen attention with divine mercy. In other words, listening to Quran also attracts the mercy of Allah. Quran states, “Keep quiet and listen carefully when the Quran is recited, so that you will be shown divine mercy (7: 204)

Surat al-A’araf connects raḥmah with God-consciousness (taqwa). The starting point of taqwa is belief in Allah, which came down through prophets. The primary objective of the prophets wasto guide people and make them aware of Allah in all their daily affairs. Quran says: “Are you surprised that the reminder of your Lord came through one among you who may beware you and (so that) you may be God-conscious, and you may be shown divine mercy”(7:63). A verse in the chapter Yaseen also speaks the same interconnectedness between taqwa and raḥmah.

Taqwa is an essential element to be nurtured in a Muslim’s life,particularly in matters related to interpersonal and intra-communal affairs. Allahsays, “Verily believers are brothers; therefore, settle the affairs among your brothers and be God-conscious so that you may be shown divine mercy (49: 10). Quran says in another place that “(they neglect) if they are asked to be mindful of the wraths in the front (in the hereafter) and back (that happened to the bygone communities) so that you would be shown divine mercy” (36: 45).

Allah explains the modalities of achieving his mercy in detail in many other verses of the Quran. Divine mercy is the derivative of obedience to Allah and his Prophet. Our daily prayers (physical) and charities (economic)are two fundamental ways by which we become obedient to Him. Prayer is more about connecting with Allah, and charity is more about connecting with people. Here, we see how the immaterial world is associated with the material world and how they are equally important in achieving divine mercy. Quran says: “Stay with daily prayers, give charity and obey the messenger so that you may be shown divine mercy” (24: 56).

One of the significant contents of prayer is seeking forgiveness from Allah. His mercy is abundantly given to those who seek forgiveness. Quran says, “(Salih (AS)) told: Oh my people, why are you in hurry to avail bitterness before virtues. Why don’t you seek forgiveness so that you may be shown divine mercy?” (27: 46).Forgiveness is the result of actualizing divine mercy, and it leads to eternal life in heaven. May Allah help us all.

(Dr Muhammed Madappalli currently works as a Post Graduate Teacher at Birla Public School in Qatar. He is also a Section Editor of Islam OnwebEnglish edition. He started his career as an Assistant Professor of Sociology at Lovely Professional University, Punjab, India.)