Ramaḍān: An Occasion to Purify the Soul and Reach out to Allah

“The month of Ramaḍān is that in which the Qur’an was revealed, as guidance and clear proofs of guidance for the people. So, whoever attends the month, let him fast; and whoever is ill or on a journey, let him compensate the numbers from other days. Allah intends to ease things for you. He doesn’t want to bring hardship for you. So that you can complete the period and glorify Allah for that He has guided you. Maybe you are grateful to Him.” (Holy Quran: 2:185)

The above verse from Surah al-Baqarah brings several things to our notice regarding Ramaḍān and fasting. Let us enumerate these in detail.
Ramaḍān: An Occasion of Quranic Revelation
One reason for the importance of Ramaḍān is that it is the month of Quranic revelation. There are two phases in which the Quran was revealed. Quran being the words of Allah, the Eternal, is not a creation of any particular point in time. Rather, it has ever existed in the ‘Preserved Tablet’ (LawḥMaḥfūẓ). The Quranic verse 85:22  refers to this original document on which the Quran was inscribed and always existed.

In the first phase, Quran was entirely revealed from this Preserved Tablet to the lowest sky on the night of destiny (Laylatal-Qadr). This night is the most important night of the year and is better than a thousand months, as stated by Quran. The second phase was a verse-by-verse revelation to the Prophet ﷺby the archangel Gabriel, starting from 17th of Ramaḍān, 610 CE, at the cave of Hira. Both these revelations were on special occasions during Ramaḍān.
The battle of Badr was fought on the 17th of Ramadan.
“…if you do believe in Allah and in the revelation, we sent down to Our servant on the Day of Testing, the Day when the two forces met”. (8: 41) 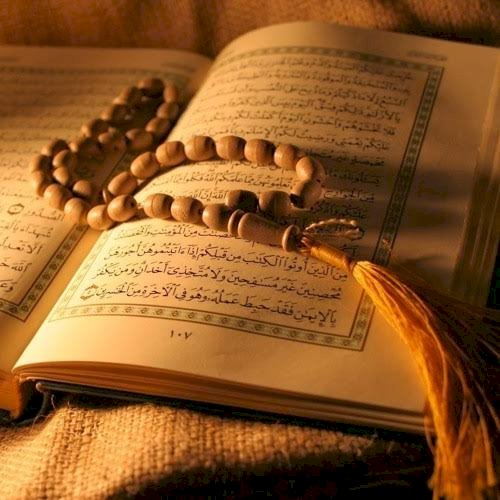 Quran: TheBest Devine Gift Ever
The former passage from Quran introduces itself as a book of guidance and clear proofs of guidance for the people. In the absence of Quranic revelation, humankind would have never been able to understand their Creator. Without His guidance, they would not have achieved success in the hereafter. According to Islamic conception, life in this material world is too short.

Whatever one achieves in this mortal life may never come in handy if that does not help him succeed in the hereafter. The human life in this material world is momentary that it accounts for nothing compared to the immortal life after death, and hence for a true believer, real success is determined after death. It has been the Holy Quran that guides humankind towards the ultimate way of success, and therefore, there cannot be a better gift from Almighty Allah than this book of guidance.

Be Grateful to Allah
Since Quran is the greatest bestowment from Allah for humanity, we have to be grateful for this divine blessing. According to the above Quranic verse, this is the reason why we were instructed to take obligatory fasting in the month of Ramaḍān. ‘…Maybe you are grateful to Him’. It is of no doubt that any Islamic religious worship is a way of showing one’s gratitude and indebtedness towards theCreator. Showing gratitude itself is worship.‘Give thanks to Allah if it is Him that you worship.’ (2: 172)

In What Way is Fasting Beneficial?
Apart from showing gratitude, every Islamic religious worship, including fasting, consists of particular inner meanings that a worshipper is intended to attain. The previously mentioned verse (2:185) also states that, by prescribing obligatory fasting and suggesting the alternatives for those unable to fast, Allah intends to ease the things for people.

In other words, fasting may seemingly appear as suffering or hardship for humankind. But a closer look will reveal that it was prescribed for their own benefit. This is similar to the case of a patient who undergoes some temporary pains during treatment which gradually leads to his recovery. It is the people, not Allah, who enjoy the subsequent benefit of fasting.
Research in the field of medical sciences has proven the apparent health benefits of fasting. However, for a true believer, the spiritual benefits of fasting are what matters the most, among which the purification of one’s soul is the biggest.

Souls Get Stained
It is evident from the Prophetic teachings that misconducts and evil doings may have their long-lasting impact on one’s inner soul. In a hadith reported by Muslim, it is stated:
“Temptations will be exposed to hearts as a reed mat is woven stick by stick. Any heart impregnated by them will have a black mark put into it. Any heart that rejects them will have a white mark put in it. As a result, there will be two types of hearts: one white like a pure white stone which will not be harmed by any turmoil or temptation so long as the heavens and the earth endure, and the other type of heart will be black and dust-coloured like a pot which is upside down. This type of hearts will not recognize what is good or reject what is bad…” (Sahih Muslim - The Chapter of Faith)
It is mentioned in another Hadith that the hearts may turn rusty, just as iron does when water gets on them. A true believer will be able to purify these stains and regain the sanctity of the soul with the worships and religious observances. This is one way how Allah intends to ease things and make fasting advantageous for us.

Fasting Protects from Evils
According to Quran, the very purpose of fasting is to protect one’s self from evils. “Oh, you who believe! Fasting is prescribed to you, as it was prescribed to those before you, so that you may guard against evil”(2:183). This is reinforced by the Prophetic hadith, in which fasting is compared with a protective shield of a warrior.

Fasting Reinstates the Purity of Soul
Commenting on the benefits of fasting, the famous Indian Islamic scholar Ahmad bin Abdul Rahim - known as Shah Waliyyullahal-Dahlawi - writes in his Hujjatullah-al-Balighah: “Fasting is a proven antidote to purify the toxins of one’s soul”. 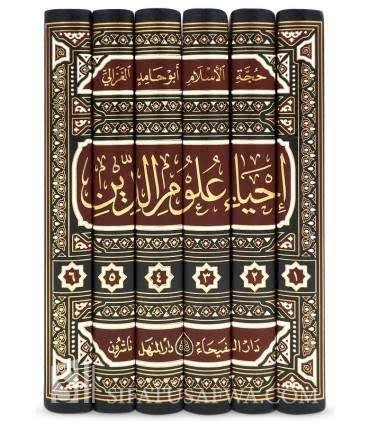 Modern medical science has well proven the role of fasting in the detoxification of the body. Just as our physical body needs purification from harmful intakes, our soul too needs specific means of detoxification to retain its purity. This is what fasting does for us. As Al-Ghazali (r) says in his Iḥyā’ʿUlūm al-Dīn, the food we eat is the main source of worldly impulses and evil temptations. Fasting puts a check on these excessive fuels, thus enabling us to subjugate our body and bring it under control.

Purification of Soul: the essence of all Islamic Worships

In Islam, purification of one’s inner self is a major concern while fasting and performing all other Islamic worships. Promulgating the objective of prayer, Quran states: “Establish regular Prayer: for Prayer restrains from shameful and unjust deeds.”(29:45)
In a hadith narrated from Abu Hurairah, it is reported that the Messenger of Allah (S) once asked his disciples, ‘What if there is a river flowing by any one’s door and he takes a bath in it five times each day? Would there be any trace of dirt left on him?’ They said: ‘No trace of dirt would be left on him.’ He said: ‘That is the likeness of the five daily prayers. By means of them, Allah erases sins.’ (Sunan an-Nasa'i– The Book of Salah)

The purpose of zakat (almsgiving)- the third pillar of Islam -is to purify one’s wealth. The Arabic word ‘zakat’ itself means purification.

The fifth pillar, Hajj, too was prescribed for the purpose of washing away the sins.
Prophet (S) has said, ‘Whoever performs Hajj (pilgrimage) and does not commit sin or disputes, he returns from Hajj as pure and free from sins as on the day on which his mother gave birth to him.’ (Sahih Bukhari & Muslim)

Purification of Soul: The Way to Reach Allah
According to the Sufi school of thought, it is through purifying the soul alone that one can reach his God. God, the Ultimate Truth, can cast its presence on a pure heart as with an image imprinted on a crystal-clear mirror. A stained mirror cannot reflect an image properly. Similarly, Al-Ghazali contends, a stained heart can never understand God perfectly.

Let our Fasting Be Meaningful!
It is evident from the above discussion that fasting has some inner meanings. It is, therefore, imperative that our fasting turns out to be meaningful in every aspect.

It is reported that the Messenger of Allah (S) has said: ‘If anyone does not abandon false words and deeds during fasting, Allah does not need that he should abandon his food and drink. (Sunan Abi Dawud – The book of fasting)

As true believers, let us try the best to attain the inner meanings of fasting.