The US Military Withdrawal from Afghan: The Reminiscence 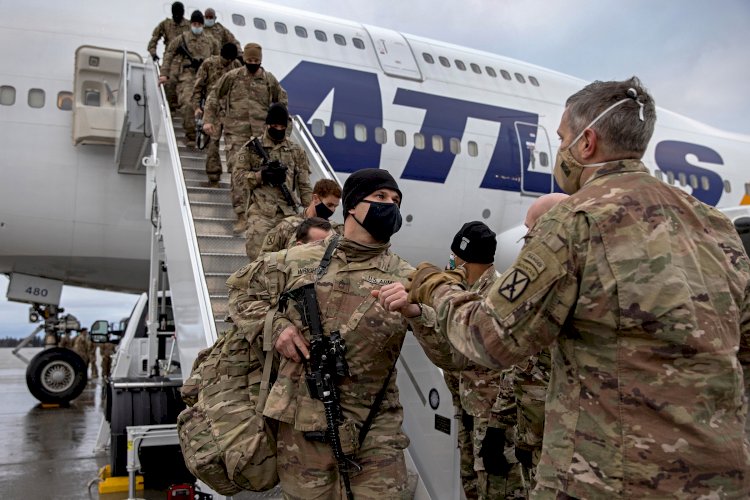 Recently, US president Joe Biden proclaimed that the US military would withdraw completely from Afghanistan by 11th September this year. Twenty years ago, the US military invaded Afghanistan, alleging it as the epicentre of terrorism and religious fanaticism, and they want to uproot the terrorist outfits, including the Taliban and Al Qaeda. Gorge W Bush, the then US president, depicted Al Qaeda and its leader, Usama bin Laden as the master brain behind the notorious 9/11 attack in which the World Trade Center, the major trade hub of the US, was demolished. Now the question is, did the Yankee military undermine the terrorist roots from Afghanistan? Albeit the US could not uproot terrorism from the soil of Afghan, the hold of militant outfits is increasing there. After May 1, the Taliban has captured six districts covering eight districts and now, 22% of Afghan’s 398 districts are under its control. Then why was the US military campaigning in Afghan? Are the militant outfits being friend or foe of the imperialist power? The liaison between the terrorist organization and the White House also should be unveiled.

Taliban as Pet of America?

Taliban is allegedly an Islamic terrorist organization motivated by the Holy Quran and the Hadith (Prophetic tradition). As a result, an equation, ‘all Muslims are not terrorists, but all terrorists are Muslims’, has been formulated by some western Islamophobic intelligentsia. Today, the peaceful face of Islam is contaminated by the West accusing the terrorist outfits, including Taliban, Al Qaeda, and Islamic State, as the organizations motivated by the great teachings of Islam. However, the scrutinized study about the nexus between the imperialist powers and the militant outfits reveal the fact that the terrorists are not religiously or spiritually motivated. On the contrary, the imperialist powers utilize the terrorist organization to materialize their own agenda. The so-called Islamic terrorists are only puppets of the imperialists who are politically and economically motivated. Ostensibly, the Taliban is in rivalry with the US, but some researchers and journalists have unveiled the nexus between the terrorist outfits and the White House. Yogindar Sikand, through his well-researched work ‘Bastion of Believers’, reveals how the Taliban was getting military assistance from the US to combat the Soviet Russian soldiers who invaded Afghanistan during the 1980s. Amidst the Cold War between the US and Soviet Union, the US offered financial and military assistance to the Afghan Mujahedeen (warriors) so as to defeat Soviet Russia from Afghanistan. In turn, this clandestine aid to the warriors of Afghan from the White House paved the way for the spread of a network of terrorist outfits in the Asian countries, especially in West Asian countries, and it was growing out of control. Finally, the US was troubled by the ghost, which they had once discharged from the closed bottle.

Are the activities of the militant organizations valid as per the teachings of Islamic tradition, including the Quran and Sunna? Do the Quran and Prophetic teachings sanction killing non-Muslims? In fact, the deeds of the so-called Islamic militant organizations can never be justified on the label of the Islamic tenets. One who observes undercurrents of the terrorist outfits can arrive at the fact that they are motivated by political and economic interests rather than religious or spiritual interests. Yogindar Sikand convincingly mentions the illicit relationship between the US imperialist power and the Taliban forces. Through the Central Investigation Agency (CIA), America disbursed more than $50 million to prepare the texts books for the elementary schools where the children of the war refugees were studying. These texts books, which were commissioned by the US Agency for International Development and designed by the Centre for Afghanistan Studies at the University of Nebraska-Omaha, played a pivotal role in misunderstanding the concept of Jihad in Islam. It depicted the war with the soldiers of Soviet Russia as jihad and made the Afghan youth misunderstood as the Quran exhorting the Muslims to kill all non-Muslims. These elementary schools were incorrectly branded as madrasas. Thus, all South Asian madrasas, including Darul Uloom Deoband managed by the traditional learned Ulama, were depicted globally as the factory of terrorism. Unfortunately, the Taliban conceptualize their own understanding of Islam based on these textbooks prepared by America and mistakenly see jihad in Islam as a license to kill the unbelievers.

Further, the activities of militant outfits, including the Taliban and Islamic State, are incongruent to the teachings of Islam. The stakeholders of the Taliban prevent the Muslim girls from getting educated, although Islam promotes education mandating it upon all the believers regardless of the sexual difference. In Iraq and Syria, IS recently demolished many centuries-old durgas of holy saints in Islam, including the Prophets. Paradoxically, these militant outfits bearing symbols of Islam explicitly are disguised enemies of Islam. The most painful fact is that amidst the nexus between the imperialist powers and the so-called terrorist organizations, the Islamophobic West is repeatedly uttering ‘all Muslims are not terrorists, but all terrorists are Muslims’.

2 - Iqbal Khattak, ‘US Allowed Growth of Seminaries as Part of Bleed-Russia Strategy’, The Friday Times, 18 February 2002.