Role of Women in Building A Society: A Female Perspective 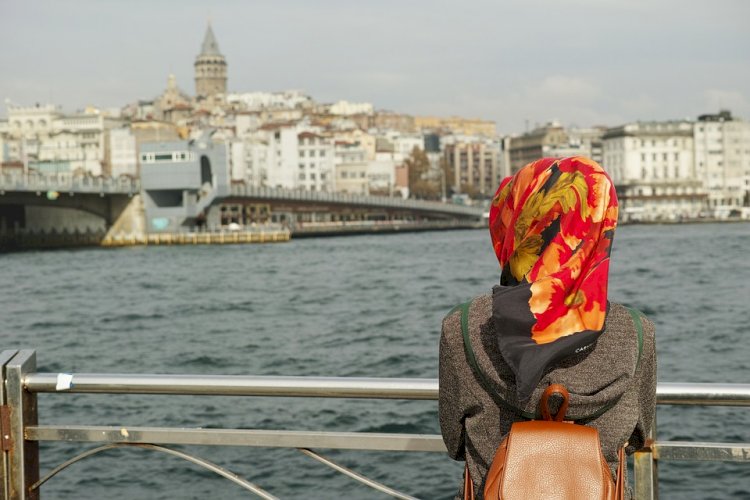 When we see sentences like "a woman should be like this, a woman should behave like this", the feminist sparks planted within us begin to grow, don't they? Especially if men use these sentences. The conflict between men and women is decades-long and nothing new. Both men and women tend to change each other in the direction they want. But when we talk about something in the name of Islam, we should not care about the dictates of the servants created by Allah, but what Allah himself who created us says. Since both women and men are the servants of Allah, we should consider women as servants of Allah instead of considering according to society and culture in which they are located.

In Islam, we can talk about a woman under 4 headings: "woman as a servant of Almighty, woman as a wife, woman as a mother and woman as an individual in society". Although they are all complementary elements, everything will become clearer when we talk about them separately.

Woman as a Servant of Almighty

Allah has decreed in surah Baqarah verse number 30: Remember when your Lord said to the angels: "I am going to place a successive human authority on earth". He did not distinguish between men and women when talking about mankind (insān) as his representatives (khalīfa) on earth. In the same way, there is no distinction between men and women in the verses that begin in the Qur'an as "O you who believe". In other words, our basic duties and worship are the same in the sight of Allah. We are all equally responsible for the conditions of faith and Islam. But Allah has given different duties and responsibilities according to our primordial nature (fiṭrah) as the One who created us and knows us best.

A woman is of chastity and morality in our religion. A woman's protection of chastity is not only a matter that concerns herself but also the society at large. A woman, therefore, cannot be considered separate from the man or society. With the protection of chastity, many unlawful activities like adultery will be erased from the society. The most basic point in this regard is that the rules of religion are made for the healthy relations between men and women which ultimately impact the society.

Chastity must exist in everything about a woman. Hijab as the most natural part of chastity is included in our religion. The boundaries of hijab are very simple: "next to non-Mahrem, only the hands and the face can remain exposed, and the clothing worn should not show the contours of the body.". As in every subject, hijab has gained a different dimension in every society because it is intertwined with culture. In this regard, a prevalent problem among modern societies is the lack of understanding of the concept of Mahrem and non-Mahram. Cousins are seen as brothers in many societies, it is forgotten that the cousin is non-Mahrem. Sometimes, borders are not observed next to brothers-in-law, who are not related by blood. It will be enough to read surah Noor verse number 31 to find out who is not non-Mahrem to a person. One might think that what is wrong in exposing my beauty in front of my cousins. However, it should be noted that many recent studies show that most of the child sexual abuses are perpetrated by the known people to the victims.

Woman as a Wife

We are facing so many challenges in this life. No matter our status in society, no matter how rich we are, we need a second person to sincerely share our joy and sorrow in life. As the second person, the most appropriate person is our spouse, who is our husband. A spouse, whom our friends, parents, or even our children can't replace.

Allah in Surah Rum verse number 21 has decreed: "And one of His signs is that He created for you spouses from among yourselves so that you may find comfort in them." As seen in this verse, the spouse is shown as a source of "peace". A man needs a place where he will relieve the stress of his life while performing big tasks outside the home. In our religion, a woman's duty is not to clean or cook. A woman's duty is not just to give birth to children. A woman's job is to be a source of peace in the house. If a man feels unhappy at home when he comes home with stress and fatigue outside, it will not mean anything for a man to see a clean house, a table full of delicious food. If a woman can provide the peace that is her main task, she and her entire family will be positively affected by this peace.

One of the biggest advantages of marriage is that it has a solution to lust, which we can talk about as the most important problem today. Marriage is what society needs most when we live in an age where everything private is divulged everywhere and this has become normal. If there is no food in the kitchen, you can eat in the restaurant, if there is no place to sleep at home, you can go to a hotel; however, there is no Halal alternative that an unmarried person can meet their need for sexuality. And the solution in this regard for the married person is his wife. According to the Islamic worldview, the most important duty of a woman as a wife is that they meet their husband's needs in a way that prevents their husbands from falling into Haram.

Woman as a Mother

Let's imagine, there's a well practicing Muslim woman who is educated, has trained herself in many fields, knows how Islam is a great blessing. If this woman begets a child, we believe that she will raise her child in the best way possible. The children she raised will be in different places in the future, performing different professions. They continue to live up to the Islamic consciousness they see from their mother in everything they do. They also have children, and our hope is that these children will grow up on the pedestals of religion. In this way, the contribution of that Muslim woman, who had children in the first place, to the Ummah will be too great to be calculated in the long run. But if this mother is obsessed with TV shows, makeup, aimless travel, luxury furniture, gold, our expectation will be low from the children she will raise. Raising a child is not just about dressing a child and feeding him. The main thing women are expected to achieve is to raise their children as Muslims who can be good role models. For this reason, heaven is at the feet of mothers. For this reason, the mother is the most sacred being.

Woman as an Individual Person In Society

Being educated is a criterion that makes people respectable, no matter what society they are in. If you have graduated from somewhere, your value in front of society has inevitably increased, and people consider your word more acceptable. Even this reason alone suggests that Muslim communities should be in good positions.

From the outside, it is unclear whether men are Muslims or not. But Allah has determined the religious identity of women in such a way that it is understandable from the outside with hijab. For this reason, especially women with hijab should be in high positions in society. By being so, Muslim women who are self-taught, self-confident and strong, who can respond to those around the world, who still think that Islam is oppressive will be the pride of our religion.

By being educated, I'm not just talking about school education. A Muslim woman should first know her religious ethics and morality, be able to answer those who ask questions about her hijab and religion. And she must perform her worship literally, both for her afterlife and also for becoming a role model for her child. At the same time, she should learn the rules of Child Development and Child Psychology enough to raise her child well. She must know at what age, how, and how much to tell her child about our religion. After all, she should educate herself in other areas and be aware of what is happening around her. She should be able to express solid opinions in society. All these things will happen with the confidence and the courage that knowledge brings, education brings. So a Muslim woman has no time to waste on useless things in life.

As for working women, we can briefly say that our religion is not restrictive in this regard. But our limit is that a woman does not work together with non-Mahrems and does not disrupt her duties as a servant, as a wife, and especially as a mother, which we have explained above. As long as the tasks are not disrupted, the boundaries are paid attention to, and the woman sees the energy in herself to do everything together, there is no problem in her work. Working depends on a woman's choice, but because of our religion, whose first command is "to read", it is the responsibility of all of us, men and women, to be educated and to constantly improve ourselves.

Now, let us summarize how our religion liberates a woman? A woman is not supposed to be subjugated to any man's will in society except Allah. Her will and cause must be respected by the husband as the prophet said: "The best among you is the best with their wives". The same principle applies in the case of society also. She is not subjected to the financial and other burdens of the family however wealthy she is. The society or the culture she lives in cannot force her to do anything beyond her choice, as it is in the case of her husband also. A husband cannot force his wife to cook, washing and cleaning. She is free to express her opinions with society as she is also free to do the same with her husband.

May Allah don't distract us from his straight path and may He let all Muslim women be good wives, good mothers and good servants. Ameen.

(Elif Tom Abdul Jabbar Kutty is Works as a teacher in a government school in Turkey. She has B.Ed in Early Childhood Education and association degree in Islamic Theology)