Basic Rules regarding Trade in Islam 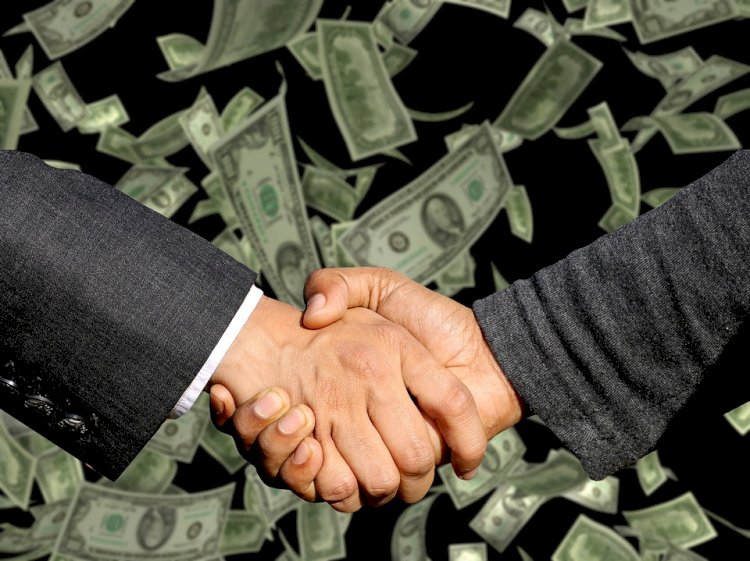 An intelligent human being works to find his bread while unintelligent sits idle and expects that food will descend from the sky. For ensuring equilibrium in the world, everyone should play his role that is central to a peaceful existence.[i] As far as Islam is concerned, it encourages Muslims to earn and discourages them from being idle. One can earn money to his wishes if he abides by rules of transaction put forward by Islam. Once the Prophet (ﷺ) “No meal eaten by one of you is better than the meal he eats from the work of his own hands. Verily, the Prophet of Allah, David, upon him be peace, would eat from the work of his own hands” (Ṣaḥīḥ al-Bukhārī 1966).

Islam has regulated set of rules in the field of the transaction as it has done in other fields. Such rules' primary purpose is to maintain fundamental inherent values that stand at the core of being humans, such as justice, equality, loyalty, and brotherhood. Some scholars have taken the honesty and meticulousness of a person in the trade as visible marks of a man's goodness and piety. The main reason for Khadeeja (R) to choose the prophet Muhammad (ﷺ) as her groom was the honesty that he upheld in business dealings.

Sahabah (companions) have played great role models in trading. Many companions were profitable traders like Uthman bin Affan, Zubayr bin Awwam, Hakeem bin Hizam, Abdurrahman bin Awf who used outstanding business techniques. When Abdurrahman had fallen in the friendly brotherhood of Sʿad, the latter promised the former that he would hand over half of his wealth. Abdurrahman later politely declined Saʿd's offer and asked him to show where the market of Madinah satuates. It shows that Abdurrahman preferred utilizing his potential and earning to receiving charities and sitting idle.

Basically, there are four elements in Islamic transaction; seller, buyer, commodity and verbal formula.[ii]. Islamic jurists have described each one of them to avoid uncertainty and make the transaction clear and certain.

Terms and conditions of Islamic transaction are given below:

In the perspective of Islamic law, one can't buy a commodity without the seller's content. Allah says: "O you who believes, do not consume wealth unjustly, expect in the trade of mutual pleasure."[iii].

That is why Muslim jurists conditioned verbal transactional formula between the dealers (buyer and seller) for the validity of a transaction. If anyone compels a seller to sell his property without his contentment, his transaction goes invalid in Islam[iv]. Commodity also should be the own property of the seller. Suppose anyone sells a stolen property to a buyer, in that case, the buyer is indebted to return it to its real owner as soon as possible if he comes with valid proof due to the lack of contentment from the real owner's side.

Transparency is a vital part of Islamic transaction. That is why Islamic jurists generally made it a requirement that "commodity should be seen."[v], "it should be handed over."[vi]. They banned trading fish in the sea, birds in the sky because of uncertainty in getting commodities.

Nevertheless, scholars have discussed the transaction of a blind person. They discussed whether it goes valid or not considering the verification of transparency. Imam Shāfī says: transaction (buying and selling) of the blind is not valid.  It goes valid only if he has seen the commodity before he becomes blind, and the commodity has not changed.[vii] While considering 'being transparent', the scholars came up with diverse opinions on the validity of children's transactions. Some have put a blanket ban while others permit only if they transact a small kind of commodity. Because they are not matured, their transaction needs to be checked carefully.

As people are self-motivated to earn more, there is a high probability for indulging in fraudulent activities; they try to cheat people and collect money most cunningly. It may create chaos and disorder in society.  Islam wants to let all people- irrespective of their mind levels, have money for their food. Therefore, Islam banned cheating, gambling, selling a defective commodity, deceiving in measurement, etc. Islamic Shariah established three khiyars[viii] (Choices) for dealers:

Sharia ordains to pen every contract of debt down and advised to have at least two males or one male with two females as witnesses[xi] to avoid clashes. However, mutual trust is an essential aspect in trading of a commodity.

Islam strictly forbade interest by the verse; "Allah has permitted trading and prohibited interest".[xii] In addition, the Prophet (ﷺ) cursed all those who eat interest, feed interest, write down interest and be a witness for interest.[xiii]. Islam has reckoned 'interest' as one of the seven severe sins. 'Interest' is generally defined as 'all types of borrowing money which are conditioned to be repaid with more than what one borrowed.'[xiv]. As a result, lending must not make any profit on the monetary exchange.

Scholars have prohibited insurance, discouraged opening conventional bank accounts, and banned fixed-profit shares due to its interest. The main logic behind prohibiting the interest is its exploiting nature; that the rich exploit the poor.